The London Royal Ravens Call of Duty League team have added rising star Byron ‘Nastiee’ Plumridge to their starting lineup, reportedly demoting veteran Rhys ‘Rated’ Price to the bench ahead of what was supposed to be CDL Dallas weekend.

It’s been a crazy week in the Call of Duty League to say the least, after Activision announced that all 2020 Home Series events would be cancelled due to Coronavirus and matches would instead be played online.

In the wake of that news, the London franchise has made a roster change that many were expecting – the reported removal of Rated from the starting lineup in favor of Nastiee, a newcomer to the pro scene.

We are delighted to announce the addition of Byron " @Nastiee_ " Plumridge to our starting roster, pending league approval.#6thRaven #LRRWIN pic.twitter.com/oxehTeeknE

Nastiee will make his pro debut for the Royal Ravens at the upcoming round of matches, which was supposed to be at the CDL Dallas event but will now be played online.

London were one of eight teams set to compete at the Home Series, but it’s not clear how the league will be structuring the schedule moving forward.

They’re currently seventh in the season standings, with 40 points and four wins from their first eight matches. Their promising start to the season – going 1-1 at Launch Weekend and finishing top-four at their own Home Series – gave away to disappointment at CDL Atlanta, where they won only one of three matches and failed to get out of their group. 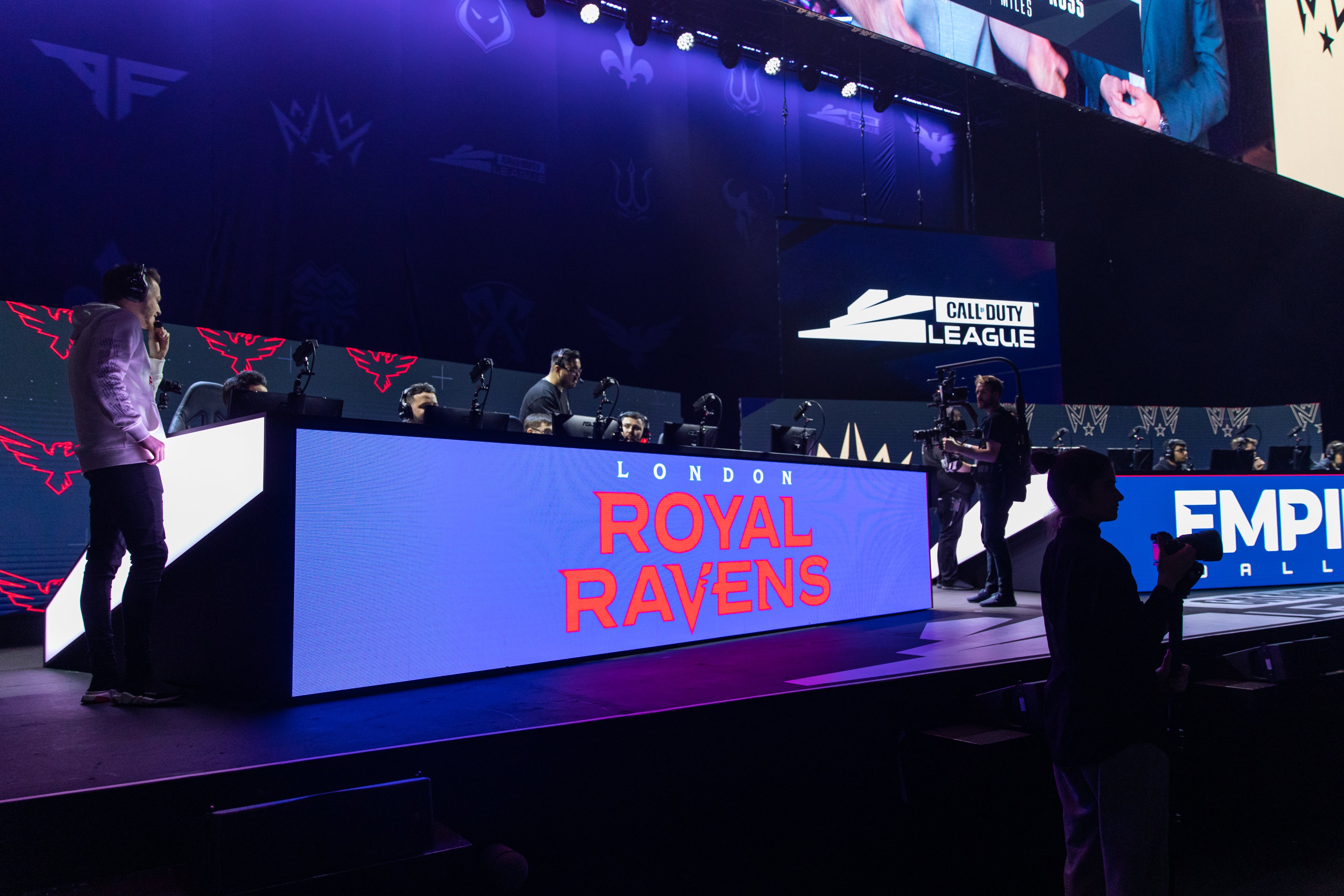 London Royal Ravens’ best event so far was at their own Home Series, where they placed top-four.

London confirmed that it would indeed be the veteran Welshman who will be removed from the starting lineup in a tweet that they deleted shortly after posting.

It’s not clear whether they deleted it because the announcement was premature or if they’re waiting for league approval on the roster change before actually making it public.

Either way, the former Red Reserve and Splyce pro has been moved to the bench, joining Dylan ‘MadCat’ Daly and Sean ‘Seany’ O’Connor, both of whom were seemingly passed over when the team signed Nastiee. 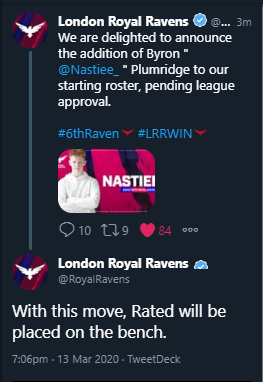 Nastiee joins London after a very successful 2019-2020 at the amateur level. In July of 2019, he joined The Bhoys and placed first at the CWL Amateur Finals, earning $60,000 and a trip to CoD Champs, where they represented Celtic FC Esports.

After a brief spell with TrainHard Esport, with whom he placed second at the CDL London Challengers Open, Nastiee joined Team WaR and got first place at the Challengers event in Paris.

This was enough for Royal Ravens to be convinced that this rising star was the real deal and worthy of a shot at the professional level.

They’ll hope that the rookie can provide the spark the team needs to find its groove again and start earning more of those precious CDL points as the season moves along.