The Championship Bracket is set for the Call of Duty League’s Florida Home Series after an electric second day of action saw only four teams left standing.

Following the first four matches of the weekend on May 8, the eight competing teams at CDL Florida came into day two knowing that four of them would be in for an early exit.

A total of six matches were played on May 9, with tournament favorites Atlanta FaZe making it to yet another semifinal. While that came as no surprise, the rest of the results did, including both Toronto Ultra and New York Subliners making it to their first-ever semifinals and OpTic Gaming LA just their second.

Major surprises were in store for day two of CDL Florida, starting with the Ultra’s stunning 3-1 upset victory over ROKKR, who many expected would coast to a semifinal spot once they beat Florida the day prior.

Toronto, who came into the event with just two wins and 20 CDL Points, looked like the better team all series, starting a 250-192 win on Hackney Yard Hardpoint. Minnesota did briefly make it a series with a 6-4 win on Piccadilly Search & Destroy, but their rivals from the north answered back with victories on both Hackney Yard Domination (157-149) and Rammaza HP (250-109).

For the Ultra, it was their first-ever trip to a Home Series semifinal, and considering they won’t have to face Atlanta FaZe, there’s a solid chance they could make it all the way to the final match.

A back and forth Domination on Hackney Yard: @TorontoUltra emerge the winners 157-149 and gain the series advantage 2-1!

Mutineers came into their own Home Series with massive expectations on their shoulders after they had emerged victorious at the last tournament they’d played in – CDL Dallas.

A loss to Minnesota on day one put them on the brink of elimination, and things fell apart against the Subliners. Already down 0-1 after losing Rammaza Hardpoint 250-194, Florida blew leads of 4-0 and 5-2 in the following S&D, suffering a heartbreaking loss in round 11.

With full momentum on their side, New York blew out the Hackney Yard Dom 177-143 to seal the 3-0 sweep and series victory, sending the hosts to a shocking first-round exit.

The mission was possible: New York @Subliners make the 2-5 comeback in S&D to take a 2-0 lead on the Florida @Mutineers!

The Subliners and ROKKR played what might go down as the tightest 3-0 match in Call of Duty history. Despite the one-sided scoreline, the contest was anything but, as Minnesota ended up losing by a combined one point on Hardpoint, one round of S&D, and nine ticks on Domination.

An insane comeback on Rammaza HP gave New York the 250-249 map victory, followed by a 6-5 win on St. Petrograd S&D, a game that featured a miraculous 1v4 from Temp. After a fast start for NY on Gun Runner Dom, Minnesota came back to make it a close map, ultimately falling short 159-150.

Controversy struck early in day two as the match between Royal Ravens and FaZe started without Skrapz due to an unfortunate mixup between the player and CoD League admins.

Despite the London players asking for a restart, the league decided that the contest was to be played on, which resulted in an understandably one-sided 250-104 scoreline on Hackney Yard Hardpoint.

The Europeans got back into the series with a 6-1 win on Arklov Peak Search & Destroy, but Atlanta’s ability on respawn modes really showed as they sealed the victory with a 155-145 win on Hackney Yard Domination and 250-130 on Gun Runner Hardpoint.

There was a lot of pressure on OpTic Gaming coming into this match because a loss would mean that their decision to bench JKap for Chino would have been for naught, at least for this Home Series.

However, Los Angeles showed that they could be on the brink of a major turnaround after handing Legion a 3-0 shellacking while facing elimination.

Wins on Rammaza HP (250-231) and Arklov Peak S&D (6-4) gave them a commanding 2-0 lead, but Paris looked very strong in the first half of the St. Petrograd Dom and looked like they were going to get one map back.

But a superb second half from OGLA, which included a couple of nasty spawn traps, saw them run away with a 174-133 win and 3-0 series victory.

A second-half rally from @OpTicGaming finishes off a 3-0 sweep vs Paris Legion! That will do it for the Legion in the Florida Home Series.

These two teams had already faced each other on day one, a tight contest that Royal Ravens won 3-2. This time around, with just one win away from their second-ever semifinal trip, OpTic did not let the Europeans stand in their way.

Convincing victories on Azhir Cave HP (250-199) and St. Petrograd S&D (6-1) put them up 2-0, but London seemed to be on their way to getting on the board after taking a 30+ point halftime lead on Hackney Yard Dom.

But, just as they did against Legion that match before, the Green Wall put in a monstrous second-half performance that saw them ultimately win 174-154, sealing up the 3-0 series victory and what may have been their most impressive performance to date.

That's a 3-0 sweep for @OpTicGaming Los Angeles and qualifies them for CDL Sunday!#OGLA | #CDL2020 pic.twitter.com/ZT7u3ZkrRr

The playoff bracket is set, and judging by how the tournament has gone so far, don’t expect Championship Sunday to play along with the usual predictions.

Of course, FaZe will be favorites going into their match against Subliners, but the last time these two teams met in the Chicago Home Series, New York almost won the series and even 100-point clubbed them.

OpTic Gaming face Toronto Ultra in the other semifinal matchup, which means that this weekend’s Grand Final will feature at least one team that hasn’t made it that far yet this season. 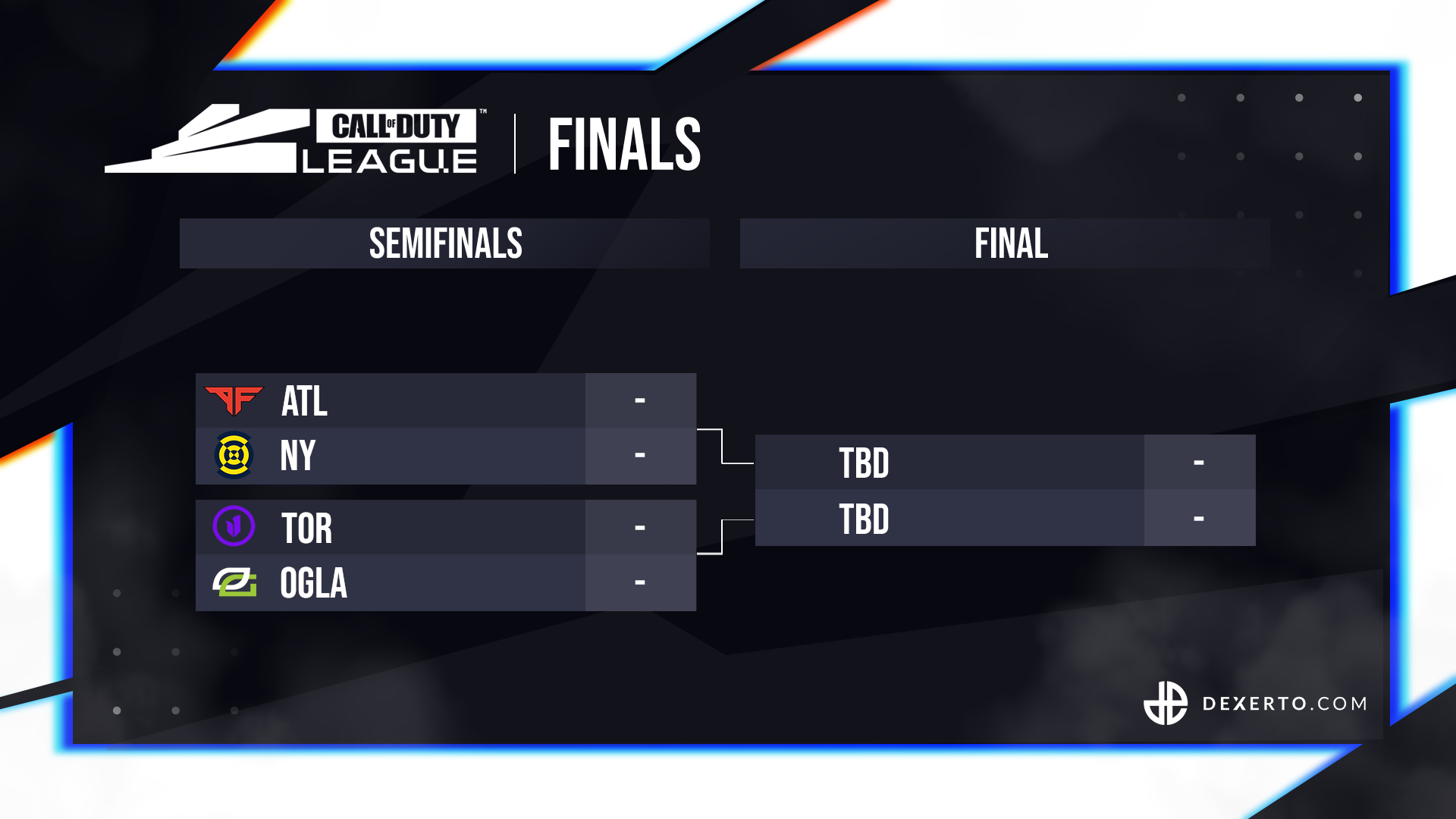 Remember, you can watch these matches live and keep up with all of the Call of Duty action via our Florida Home Series hub, which includes streams, updated scores, brackets, and more.

If you missed any of the day one matches, make sure to check out our CDL Florida May 8 recap, which includes highlights from all four games.

How to claim Battlefield 2042 Prime Gaming rewards (May)