Call of Duty: WWII Attack of The Undead Community Challenge is Complete - How to Claim Rewards - Dexerto
Call of Duty

Call of Duty: WWII Attack of The Undead Community Challenge is Complete – How to Claim Rewards

Sledgehammer Games, developer of CoD: WWII has confirmed that the community challenge for ‘Attack of the Undead’ event has been completed – unlocking the final rewards for eligible players.

These community challenges were first introduced earlier in the CoD: WWII DLC cycle, with a similar set of challenges and rewards for the previous ‘Blitzkrieg’ event.

These events add in new weapons and cosmetics, and for players who play during the event, the rewards for these challenges are available completely free.

This time around, the community challenge was for both Multiplayer and Zombies, as the event ‘Attack of the Undead’ actually put Zombies into certain MP modes for the first time in CoD.

The event runs from June 1st to June 26th, but the community challenges, all five tiers, have been completed well ahead of time, meaning the rewards can be used on the remaining Zombies up until the 26th.

The rewards, which include an insane new helmet, are only available to players who logged in to CoD: WWII during the time of the challenges. 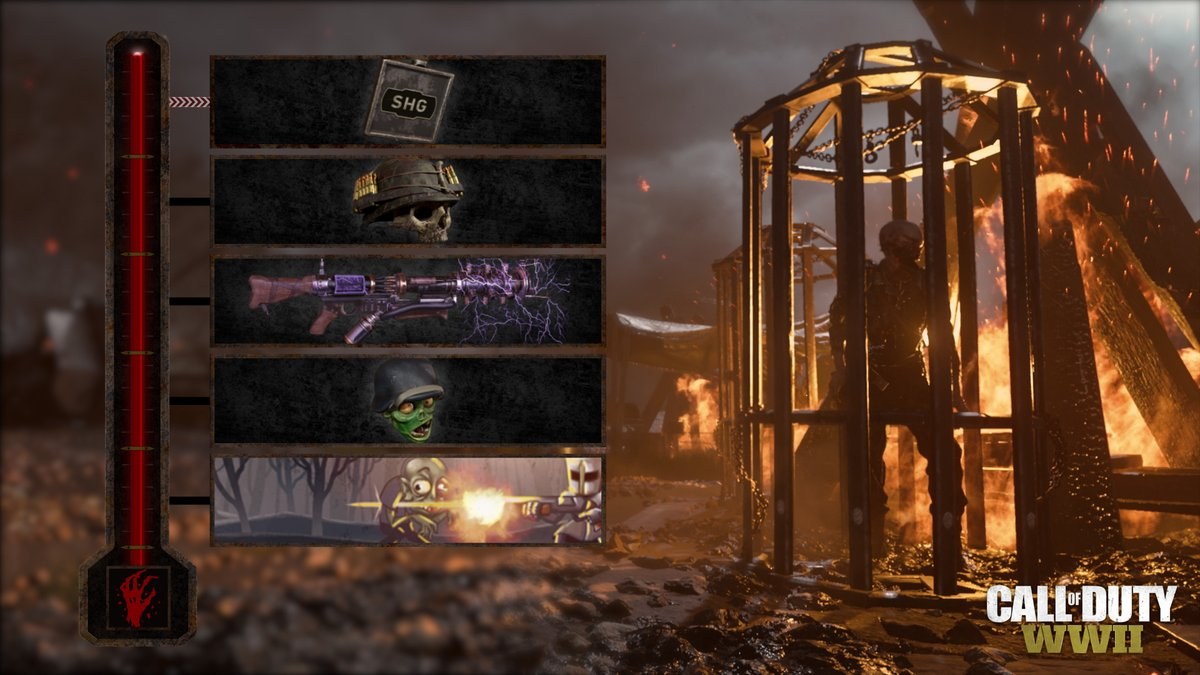 With tiers 4 and 5 now completed, these rewards will be available in game as long as you logged in while the event was live.

You will need to head to your ‘Mail’ section in Headquarters to redeem, and you can find out more information on the Sledgehammer Games website.