Barring any unforeseen or unexpected changes in the near future, this will be the roster that Knights will feature at the upcoming qualifiers for the CoD World League Pro League on January 16-20.

These roster moves were formally announced on January 7 via a post on Knights’ official Twitter page, which came with a press release detailing each player’s role in this newly built squad.

Ricky will be the team’s new Anchor, allowing Parasite to return to his more comfortable Flex role, while Saints will be one of two Sub players. GodRX and Pandur will retain their roles as a Sub and AR Slayer respectively.

Ricky and Saints will be filling the empty roster spots left after Andres ‘Lacefield’ Lacefield and Dylan ‘Theory’ McGee parted ways with the team in late December.

Ricky last played for G2 Esports but was let go after the team fared poorly at the $250,000 CWL Vegas tournament, the first major event of the Black Ops 4 season.

Saints was part of the Evil Geniuses side that went 7-8 at CWL Vegas, but found himself without a team after he was replaced by Brice ‘Faccento’ Faccento on December 30. 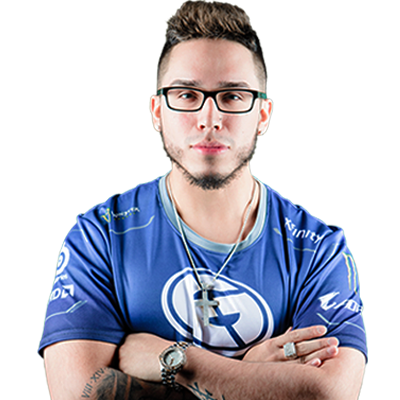 Despite faring relatively well at CWL Vegas, Evil Geniuses decided to part ways with Saints, allowing him to complete his move to Knights.

Knights will hope that the acquisition of two veterans with established competitive resumes will help improve the team and take them to the next level.

With Lacefield and Theory, Knights finished 13-16 at CWL Vegas, despite going 2-2 in a Pool that also featured powerhouse teams OpTic Gaming and Splyce.

The CWL Pro League Qualifiers will take place January 16-20 at the MLG Arena in Columbus, OH, where 28 teams will be vying for the 12 remaining spots in the Pro League.

The Pool Draw for the tournament is set to occur on January 8 and you can watch it live HERE.