After teasing Alcatraz for the better part of a month, Treyarch released the new addition to Call of Duty Blackout on April 2. To the surprise of most, the supposed new location was actually an entirely new map.

The Alcatraz map and the concept of the game mode has divided Black Ops 4 player’s opinion.

Some think it’s a big improvement on the slower-paced, albeit still fast compared to other battle royale games, first Blackout map. Others disagree, thinking Alcatraz is too frantic and the eventual winners are determined less by skill.

What is difficult to argue against is that Alcatraz does have a home in Call of Duty Blackout. There will be a group of COD players that prefer close quarter encounters and others who prefer the strategic long range battles.

With that said, Alcatraz may need some fine-tuning to make it a more enjoyable experience. Here are five things that need to be changed now.

Currently, Blackout matches in Alcatraz are often finishing with a good old fashioned heal off. This is far from ideal for any battle royale game and indicates there is something wrong with the design.

Be it through players deciding to not engage or being on different floors, the end result of the match are the final two deciding to simply cover up and heal, hoping for the victory. Perks such as consumer and outlander, as well as healing items like trauma kits, are having a bigger effect than the guns themselves. 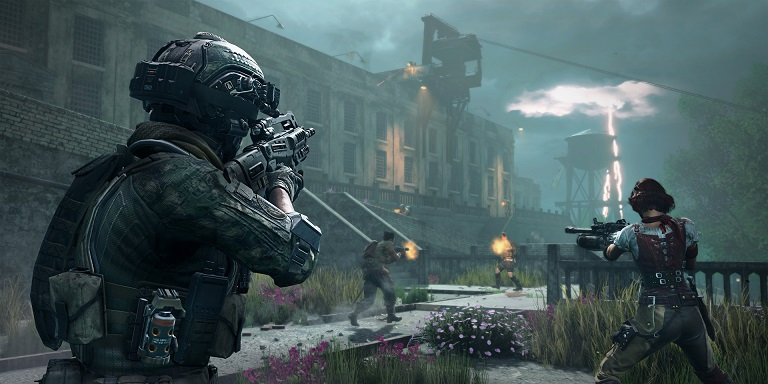 Alcatraz is the second Call of Duty Blackout map…

The current setup of spawning with a pistol (with a red dot sight and fast magazine to boot) isn’t necessarily unbalanced. However, it doesn’t suit players who want constant fights, which is most of the lobby in an Alcatraz game.

At the moment, landing on someone for a 50/50 fight with a pistol is nowhere near a 50/50 fight, especially when armor is taken into consideration. Of course, it isn’t fair for a spawning player to drop with an ICR, but a Daemon would perhaps be more appropriate.

The alternative is for aggressive players to be forced to go to one of the numerous wall buys (which aren’t really guarded) and get a random gun there. Unfortunately, this doesn’t really fit in with the ethos of the Alcatraz map.

This is a tricky element to balance, but the current system is just a little bit off.

In a slight contradiction to point number one, the spawning player’s parachute should be made louder. While the spawning player has a sizable, and perhaps too much of a disadvantage, in a 50/50 gun fight, it is just as frustrating to be landed on by someone in near silence and taken out.

Due to the frequency of spawns (every 30 seconds), it is an extremely difficult task to navigate the deathtrap that is Alcatraz, while keeping an eye on the sky for landing enemies. Therefore, some type of warning, ideally in the sound of a parachute, would at least alert the player someone has landed. 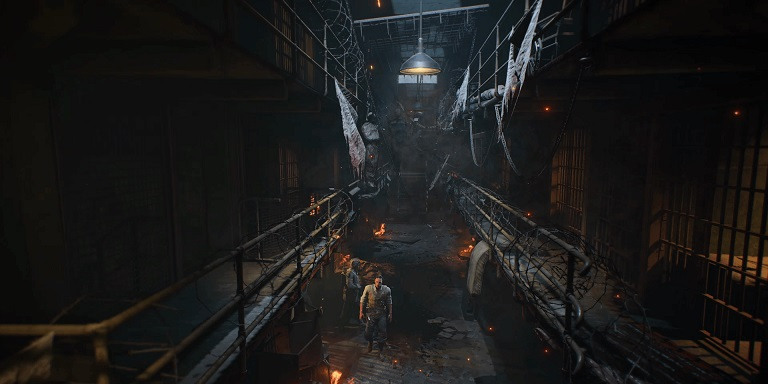 The question are Zombies more annoying than useful in Alcatraz?

Zombies fit perfectly with the theme of Alcatraz. However, they are incredibly annoying and don’t bring a lot to the table in terms of enjoyment.

They’re often an unwanted distraction that take away from the main gameplay element, shooting real enemies. It’s a regular occurrence to kill a zombie (out of necessity) and being killed from behind.

An idea to resolve this would be to make the zombie location more concentrated and offer a greater reward for killing them. That way, you can consciously choose to engage rather than be moving through the map and bumping into them.

5. Option to bleed out

Arguably the most infuriating part of playing Alcatraz is getting knocked and being left to bleed out. At the start of a game, it can take 60 seconds to bleed out once knocked.

This is incredibly annoying as it wastes a whole minute, which is precious time to rack up those kill tallies.

There’s an easy fix to this one though, simply add the option to bleed out!

It has been made clear that Blackout, and specifically Alcatraz, is a work in progress but these changes would be the first step in improving it. For mobile users skip to 11:37 of the video for when David Vonderhaar discusses this.