UPDATE – 7:00 PM PT
It appears that download key codes are being sent out to all those who redeemed their Beta code online. Visit callofduty.com/beta and look for your code at the top of the screen.

The servers for the Call of Duty: Black Ops 4 Multiplayer Private Beta have gone live on the PS4.

Scheduled to launch on August 3 at 10 AM PT / 1 PM ET, Activision and Treyarch have surprised the community by turning the Beta servers on about a day ahead of time.

Currently it seems that only those who pre-ordered that game digitally from the Playstation store are able to play it, since all others who redeemed a Beta code online have not yet received a download key in their email.

Treyarch has announced that the servers were enabled early in North America to manage stress load, and that other regions will be getting the Beta in the upcoming hours. 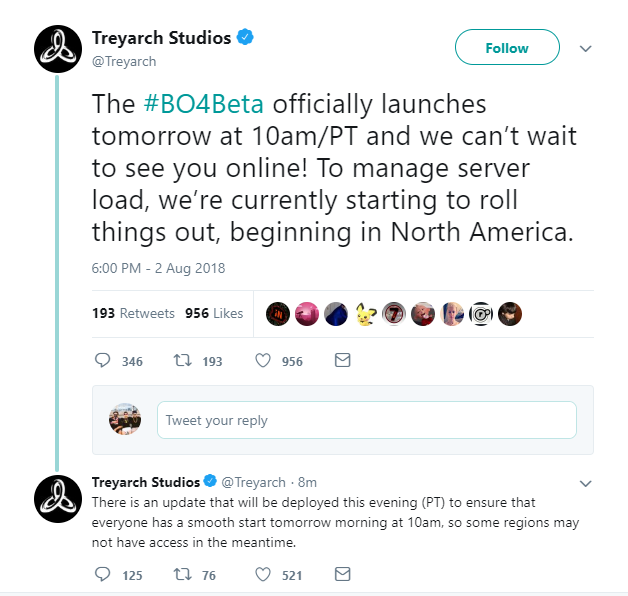 The fact that the Beta has gone live early should not come as a major surprise; the private-access Betas for many of the previous CoD titles have nearly all gone live ahead of schedule.

For more information about the Private Beta, including the schedule, how to access, maps, modes, weapons, specialists, scorestreaks, and more, visit our Black Ops 4 Private Beta Guide.

Several big-name streamers have already started streaming the game on their Twitch channels, and we have included their live-streams below for your convenience.