A brand new game mode is coming to Call of Duty: WWII on Tuesday, July 5th.

The mode, called ‘Hordepoint’ combines the classic elements of Hardpoint with the thrill of Zombies.

Here is the official description of Hordepoint, as provided by WWII developer Sledgehammer Games:

It’s the classic Hardpoint mode, but with a thrilling twist – the undead attack! In the Hordepoint Multiplayer mode, the winning team must defend the point from both the attacking team, as well as blood-thirsty Zombies. Keep your eyes peeled Soldier! Hordepoint is available for a limited-time, beginning Tuesday, June 5. 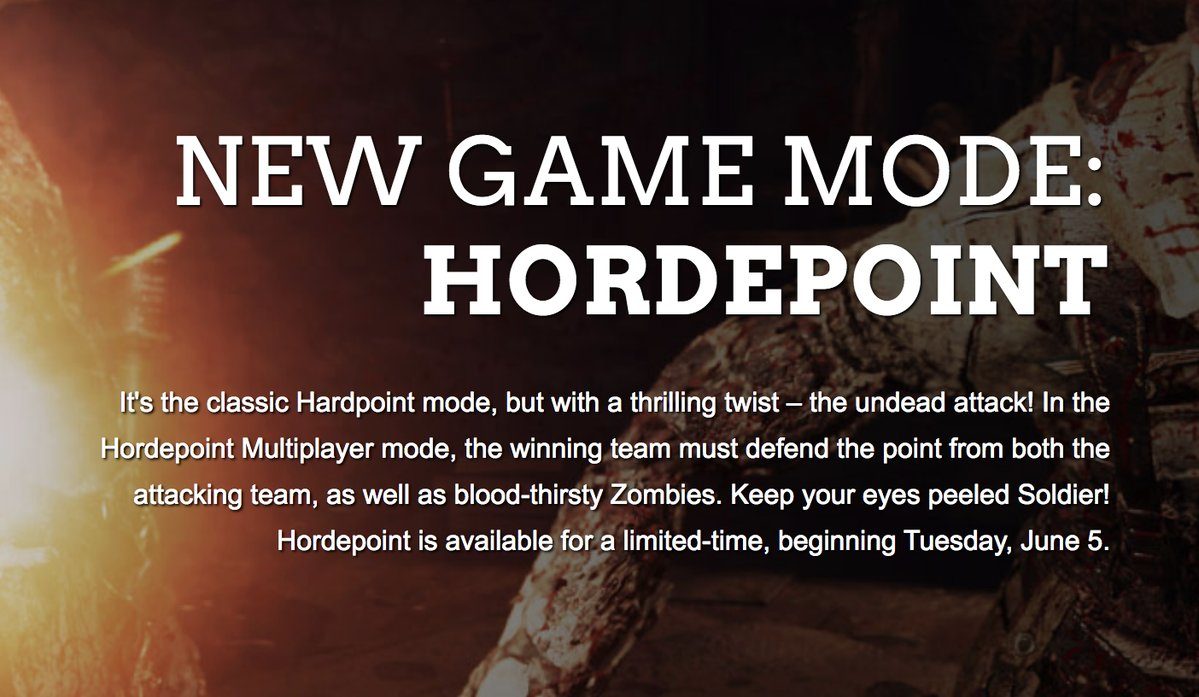 Hordepoint is the second of three new game modes being introduced as part of the ongoing ‘Attack of the Dead’ in-game Community Event, with the ‘Infected’ mode having been the first.

While it has not yet been specified until when the new mode will be available, it will end on or before the Event is scheduled to go offline on June 26th.

Attack of the Dead, which started on May 29th, has mixed the rush of Zombies in with the tradition gameplay of Multiplayer.