Call of Duty Blackout’ Hot Pursuit mode has been a fan favorite since day one but its popularity hasn’t stopped Treyarch from changing it, and not every player is too happy with the decision.

Hot Pursuit’s success can be attributed to catering to those who felt the core Blackout mode can be a little slow at times, while still maintaining the core concept of battle royale, albeit loosely.

This balance kept regular intervals of players returning to action while keeping the play area not overcrowded. It was a balance that kept squads coming back for more in their search for their Blackout fix. 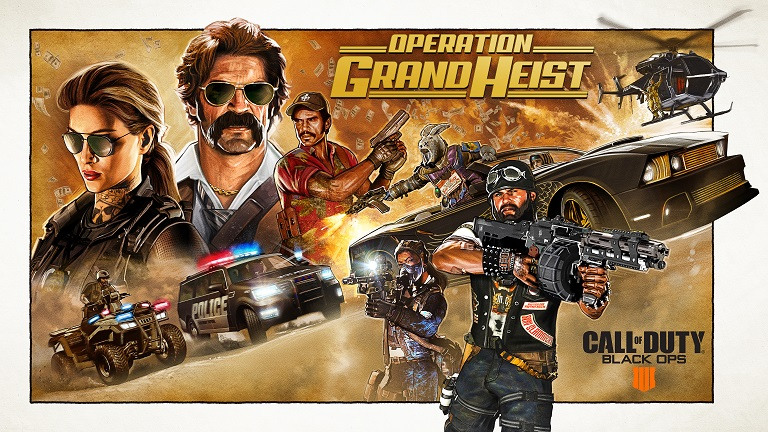 Operation Grand Heist, along with Hot Pursuit, came to Call of Duty Black Ops 4 in February…

However, that’s the problem, it was balanced. Since the July 2 Black Ops 4 update the mode has changed and suffice to say players aren’t happy with the changes.

According to the Black Ops 4 July 2 patch notes the only change in Hot Pursuit is a fifth collapse being added. However, there are other changes and it’s not clear whether these are intentional or not.

One of the most popular parts of Hot Pursuit is the intermittent redeploys which, of course, allows killed players to quickly get back in the game. The time between them varies, but invariably they are two or three minutes apart – until now.

There appears to be only two respawn windows, meaning players can only respawn a maximum of twice. In turn, this takes away arguably the biggest selling point the mode has to offer – the frequency you can respawn and get back into the action.

If you die at the wrong time, getting back in the game can take over five and a half minutes – a long time to rely on your teammates to stay alive!

Redditor FinnMerkel shared this sentiment saying: “Why did you increase the redeploy times in hot pursuit? Nobody wants to stay in game and watch for 4 or 5 minutes before redeployment. Who thought players would enjoy that? Who thought that sounded fun? Ruined the best game mode you have.”

Elsewhere, Coulson1990 was more blunt in their criticism: “The 5th collapse in hot pursuit is a terrible change”.

Easelm noticed a bigger problem though, players actually dying upon respawning. “Hot Pursuit is completely ruined. Instead of 3 iterations, it’s a full 6 circle iterations & people die in end-game because redeploy is outside circle.”

Whoever thought it was a good idea to bring the normal #Blackout circle into Hot Pursuit REALLY needs to play their game. Hot Pursuit is completely ruined. Instead of 3 iterations, it's a full 6 circle iterations & people die in end-game because redeploy is outside circle. pic.twitter.com/bsb4EyJiEH

The primary focus tended to be on the excessive redeploy times however, with one example being Twitter user Josh Ford complaining: “3-1/2 minutes for redeploy on hot pursuit?! Really treyarch?! Jesus.”

Hot Pursuit was added to Black Ops 4 as part of Operation Grand Heist, giving players a chance to experience a fast-paced version of the core Blackout game – introducing police cars with UAV and sports cars with the ability to find stashes and care packages.

Since then, it has gone on to become arguably the most popular Blackout mode. It became so popular that it continued to feature in Blackout playlists long after Operation Grand Heist came its conclusion.

Hot Pursuit’s success can be attributed to catering to those who felt the core Blackout mode can be a little slow at times, while still maintaining the core concept of battle royale, albeit loosely.

Many fans will be hoping that Treyarch take this feedback on board and revert Hot Pursuit back to its original state, but whether or not that will actually happen remains to be seen.