The latest Call of Duty: Black Ops 4 update has introduced a hardcore mode to Blackout, which brings a whole lot of changes compared to the traditional version of the battle royale game. So, let’s take a look at everything you need to know.

Hardcore mode in Call of Duty usually suggests removal of the HUD (heads up display) and less damage required to kill an opponent, but that’s not all this time around. In fact, the hardcore variant of Blackout brings a lot more changes than that.

While these are substantial changes, this list perhaps doesn’t do justice to just how different the game mode is.

No HUD is a big difference

If we take the removal of the HUD, for example, it doesn’t sound too problematic. However, when you take into account that this removes the map, ammo, players killed/remaining and even your health, it is a dramatic change to gameplay that people will have to adapt to.

The removal of the map means you can no longer locate your teammates without voice communication, which is a big part of Blackout that could be taken for granted.

The inability to see your health is also a game-changer. How much damage a gun-fight took out of you is unknown, so to get to max health, you just need to use med kit after med kit until you’re back to full. Without your health displayed it is amazing how easy it is to forget about it.

Not being able to see ammo and player statistics is a comparatively smaller change, which you can navigate around. It could become annoying, though, having to access your inventory to find your current kill total, however.

No armor or vehicles

The removal of armor is more in line with the traditional aspect of hardcore mode in COD games. Of course, the result of this is less health and therefore less bullets to kill (or be killed). This could impact how players react in particular situations. Will more players take gunfights?

Nevertheless, the removal of vehicles provides a more authentic experience, as players driving ATVs in an attempt to pick up cheap kills will no longer be an occurrence. 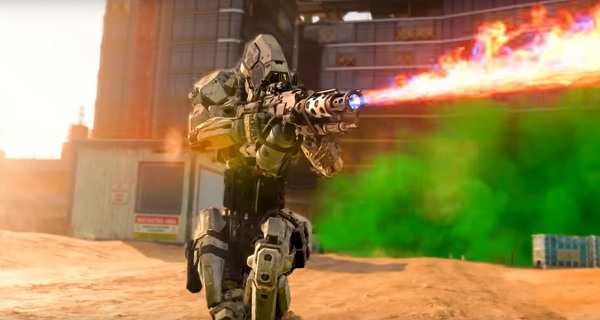 The lack of vehicles also means the collapse of the circle needs to be taken more seriously. On top of this, the absence of a map means you have to judge how quickly you can make it into the circle by actually looking at it.

This is another huge change which can’t fully understood until you experience it. Moreover, you won’t know where the centre of the collapse will be until the end of the match.

So, is Blackout hardcore mode good to play?

That depends on what you want from the Blackout experience. For those looking for a more realistic, real life, battle royale experience, then yes it is good. Even for those who want this, though, it will take some time to get used to.

After only a few days of it being available (on PS4 only), opinions differ on the mode. Some COD players don’t like it, while others have been frustrated with the normal modes now they have been out for several months.

For our money, it’s a welcome alternative and brings a new thought process to playing Blackout. The mode could well be adjusted to improve it yet. One of these improvements could be to display health only.

It will be interesting to see if it becomes a regular Blackout playlist. No doubt that will depend if enough players continue to play the new mode.