As we near the end of January, Treyarch has released the next major Call of Duty: Black Ops 4 patch and it’s set to contain some important updates across the board.

The last major patch for Black Ops 4 came with the v1.11 update on January 15, which saw the release of a new looting interface for Blackout and a new Zombies mode.

While that update came with some noteworthy content, the v1.12 update looks to be even more impactful with the addition of a slew of new balancing changes and other major updates.

The patch is currently live and weighs in at 6.94 GB on PS4 and 7GB on Xbox One. 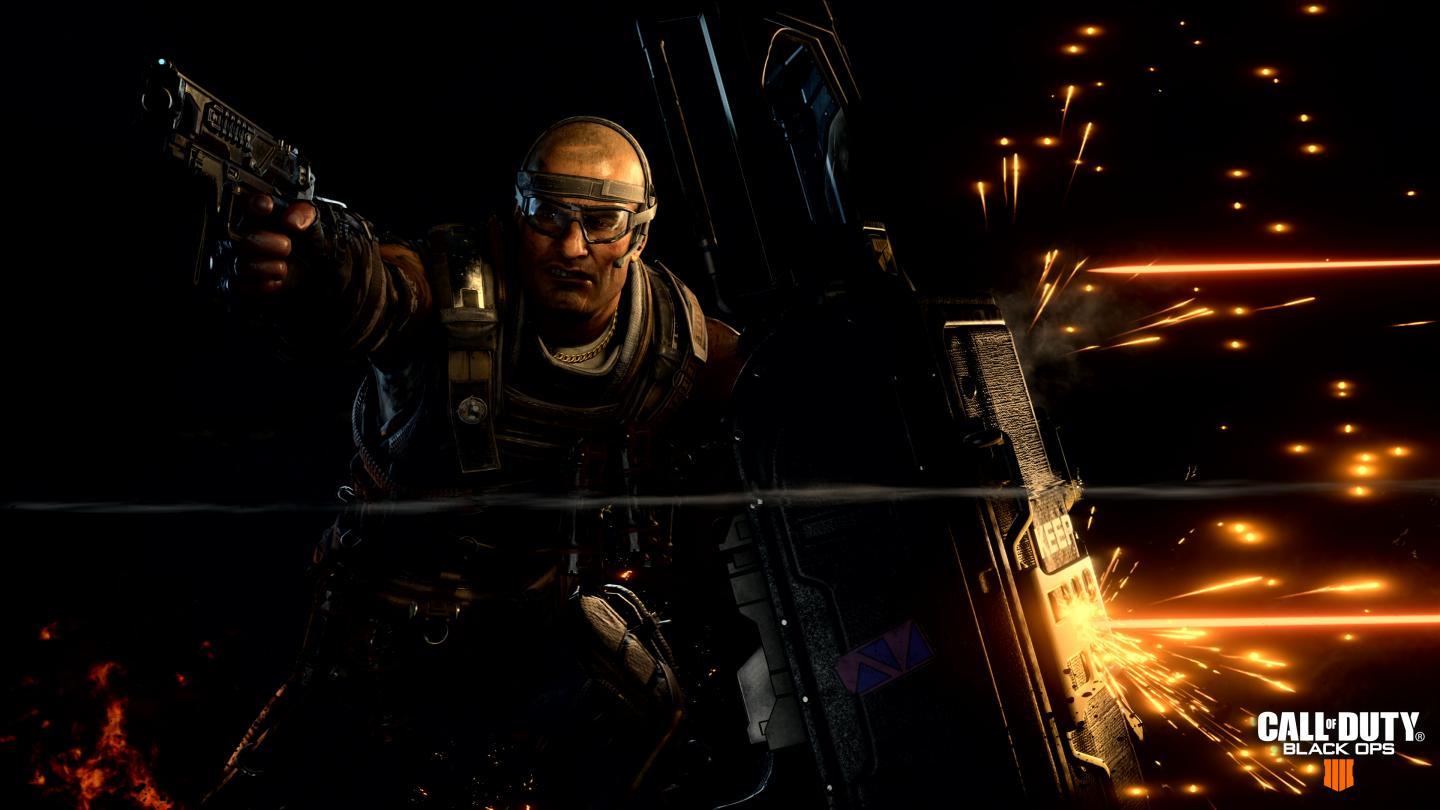 Could Ajax be next on the ban list for the CWL ruleset?

What features will the v1.12 patch contain?

Fans of the popular ‘Gun Game’ mode will be happy to hear that it’s back with a new selection that features the recently released Kap-45 pistol.

Perhaps more importantly, though, Treyarch has teased further updates to the competitive side of things with the v1.12 update.

Just prior to the release of the v1.12 update, Treyarch released a very detailed breakdown of their plans for League Play in Black Ops 4, which is now slated for release in “mid-February.”

Further, the Treyarch announced new updates to the CWL ruleset, which also included the recently hinted at banning of Ajax. 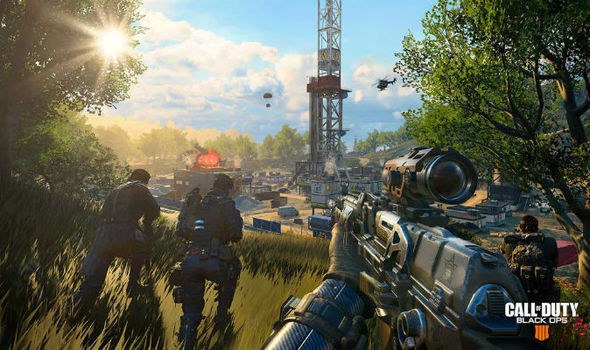 Blackout players will be happy to hear about upcoming balancing changes.

There are a number of major balancing changes to the game’s battle royale mode, Blackout, that will certainly please many fans.

Everything from Level 3 Armor to Concussions to Cluster Grenades have received some highly-anticipated adjustments.

In addition to the new balance changes, the next limited-time mode, ‘Ambush,’ made its debut on PlayStation 4. The mode will feature a constantly closing circle and will only allow sniper rifles, melees, and launchers.

Finally, Blackout players will at long last gain full access to camo progression. Including Mastery Camos. Treyarch said they will function differently than Multiplayer progression, meaning we should expect further details when the patch drops. 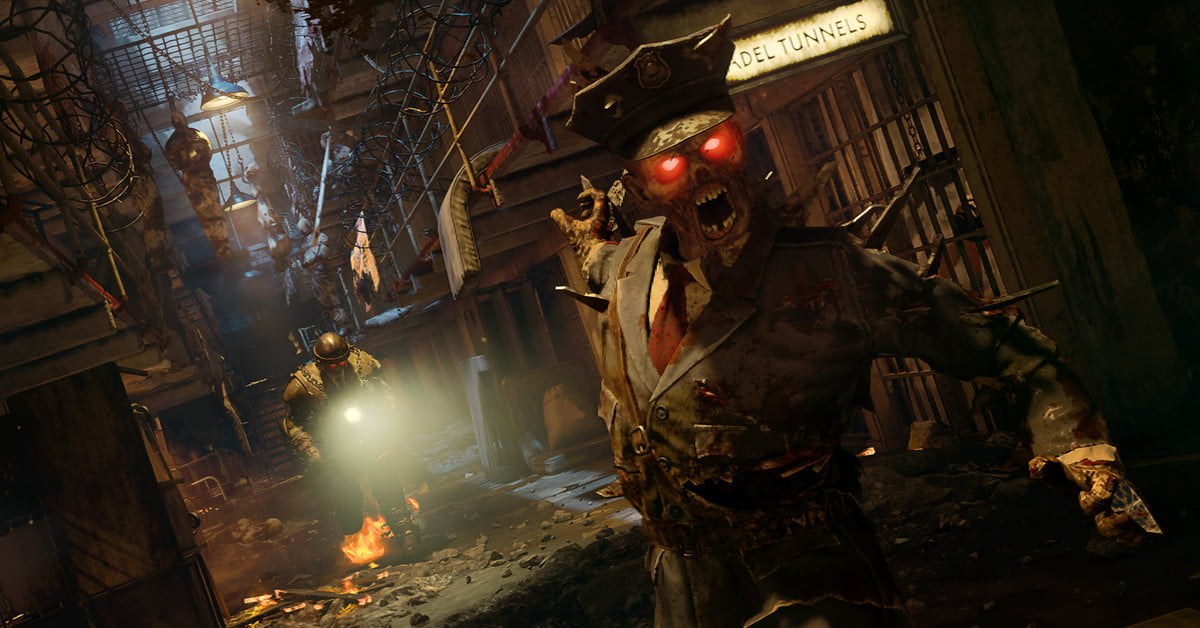 A new Gauntlet is on the way for Zombies fans.

A new Gauntlet titled ‘Vini, Vidi, Zombie!” on the IX map will also launch with the v1.12 update on PlayStation 4, with the PC and Xbox One release coming next week.

You can read the full v1.12 patch notes below:

Our 1.12 update starts rolling out today at 10AM PT on PS4 and Xbox One, delivering new content and gameplay improvements across all three modes of Black Ops 4!

There’s a lot included in this update as we detailed in our preview last week, plus more planned for later this week, including Mastery Camos in Blackout and Zombies, full camo progression in Blackout, support for Mastercrafts/Reactive Camos/Black Market camos in Zombies, and Zero’s Outfit Unlock mission in Blackout.

Here’s the lowdown on what’s new in each mode, with full patch notes down below:

Looking ahead, our next Multiplayer weapon balancing pass is underway and planned for our upcoming 1.13 update slated for February. This is planned to include weapon balance in both Core and Hardcore, potential tuning changes for Attachments, and more.

We’ve made a new round of tuning changes with this update focusing on Armor, Concussion Grenades, and Cluster Grenades in Blackout. These include reductions in the damage mitigation percentages of all three levels of Armor, removed explosive and melee protections for Level 3 Armor, reduced status effect duration and radius for Concussions, increased fuse time and mini-cluster damage for the Cluster Grenade, and more. See below for the full list of changes and let us know what you think after you’ve spent some time in-game.

We’re also debuting Ambush today in Blackout on PS4, our newest limited-time mode where players only have sniper rifles, melee attacks, and launchers at their disposal in a circle that never stops collapsing once it starts! Down But Not Out continues its second week on other platforms this week, and will be replaced by Ambush next week.

Full camo progression is also planned to come to Blackout later this week on PS4, featuring a new mechanic to unlock different weapon camos as you play through Blackout matches. We’ll have more info on what to expect as we get closer to adding this feature, which will include a path to unlocking Gold, Diamond, and Dark Matter camos in Blackout. Zero’s Outfit Unlock mission is also scheduled to drop into Blackout later this week on PS4, adding a new quest to unlock “The Numbers” outfit for Zero in Multiplayer and Blackout.

It’s a big week for Zombies! Classic and loot weapons arrive in the Mystery Box in all Zombies maps with this update, including the MP 40, Grav, Daemon 3XB, SWAT RFT, and KAP 45. Camo progression will also become available in the Armory for the MP 40 and Grav, with progression and customization for loot weapons available in the Armory as those weapons are unlocked in the Black Market.

Several gameplay improvements, bug fixes, and stability updates have been made across the board, and we’re also planning on adding support for Mastery Camos (Gold, Diamond, and Dark Matter) in Zombies shortly after our 1.12 update goes live, as well as support for Mastercrafts, Reactive Camos, and Black Market camos in the Armory.

Our second Gauntlet arrives on PS4 with “Veni, Vidi, Zombie!” today in IX as well, offering up 30 new rounds of insane challenges to put your zombie-killing prowess to the test. Remember, each Gauntlet match is timed for competitive play, and we can’t wait to see the best speed-runs to come out of the community. Jump in and start slaying!

“Barbarians” Special Event on All Platforms

Our “Barbarians” Special Event continues on PS4 and kicks off today on Xbox One and PC, delivering 25 more Tiers of earnable loot, including the new KAP 45 full-auto pistol. This event stream appears below the Operation Absolute Zerostream in the Black Market, so players can unlock two pieces loot with each Tier earned during the event.

We’ve incorporated feedback from the Call of Duty World League, pro players and some members of team management, and the larger Call of Duty competitive community, and today we’re announcing several updates to the CWL competitive ruleset, along with plans for the World League Hub and League Play.

Read our League Play Blog for all the details here: https://www.treyarch.com/blog/2019-01/new_league_play_details

Read below for today’s patch notes:

The following updates are live today first on PS4:

The following updates are live today on PS4 and Xbox One, with PC to follow this week:

The following updates are live today on Xbox One and PC: