Details of Operation Apocalypse Z were revealed last week on July 2 which follows the Operation Rising Spectre. New operations have been occurring quarterly and bring a lot of exciting changes to Black Ops 4.

These changes come across all three modes: Multiplayer, Zombies and Blackout. New weapons and specialists are also added and this Operation is no exception with Reaper being the latest addition.

Multiplayer will see a new mode added called Sticks and Stones and Zombies will bring the new Alpha Omega map.

Blackout has received the most changes though with the lights going out in the already gloomy Alcatraz and fog engrossing the core Blackout map. Call of Duty players have been eagerly anticipating the return of Alcatraz after it was removed from the playlists last week.

Play as both the Primis and Ultimis crews for the first time in Zombies history in #AlphaOmega, available now on PS4 with the Black Ops Pass. pic.twitter.com/TA2DHr633B

An overview of what’s available in Operation Apocalypse Z can be found here: 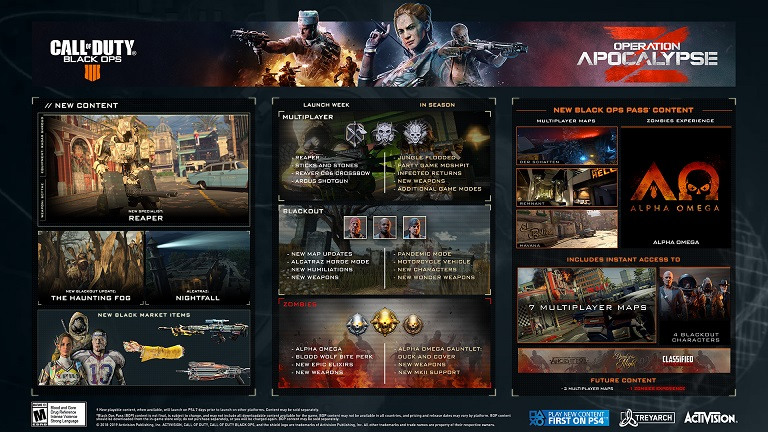