The third set of cosmetic items for Call of Duty: Black Ops 4 has been released by Twitch Prime, and we’re here to show you how to to claim it for free.

Earlier in 2019, Activision and Twitch announced that they would be continuing their partnership and bringing Black Ops 4 players new cosmetic items, exclusive to those who have a Twitch Prime subscription.

With the bundle for May now expired and no longer redeemable, Twitch have release a new set for June, which can now be redeemed for free.

How to redeem the June Black Ops 4 Twitch Prime bundle

An active Twitch Prime subscription is required in order to redeem this new bundle. If you are currently subscribed, you simply have to visit the Twitch Prime Black Ops 4 webpage and follow these steps:

Once all of these steps are completed, the loot will be added to the Call of Duty account that you linked, and it will appear in your game the next time you load it up on PlayStation 4. 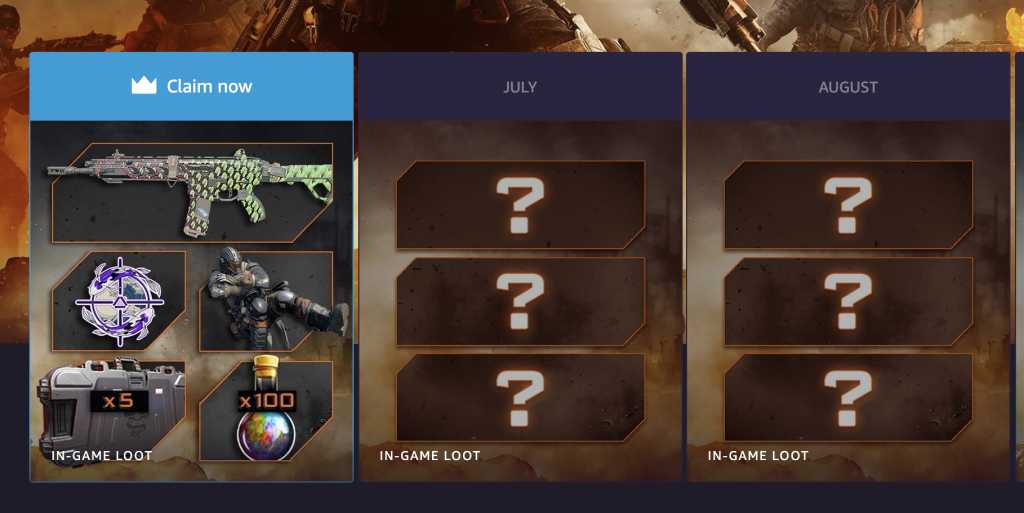 You can now redeem the June loot bundle by clicking the ‘Claim Now’ button.

To sign up for this free trial, you have to visit the promo page and scroll down to the information section on Twitch Prime, where you can click a light blue button labeled ‘Start your free trial.’

Once you have your free trial set up, navigate back to the promo page and then follow the instructions listed in the previous section of this article.

Those who do not have a Twitch Prime subscription can get one for free by signing up for a 30-day free trial for Amazon Prime.

Keep in mind that the June loot is currently only available on the PS4, as per Sony’s exclusivity agreement with Activision, and it’s unclear when it will be made available on Xbox One and PC.