One of the most popular specialists in the history of Call of Duty has been Vision Pulse, first introduced to the franchise in Treyarch’s Black Ops 3.

In the latest addition to the Call of Duty series, Recon comes with a Sensor Dart, which can be fired to provide a UAV effect in a small area, while bringing back Recon’s specialist from Black Ops 3, Vision Pulse.

However, the new version of Vision Pulse doesn’t work in the same way as it did in Black Ops 3, and some fans on the /r/BlackOps4 subreddit are calling for this to change.

In Black Ops 4, Recon uses a pair of goggles to see enemies, and instead of the player being consistently highlighted throughout the duration of the specialist, they are only shown briefly for a few seconds at a time as the goggles continuously pulse to highlight enemies.

Players state that when the Vision Pulse isn’t flashing and their screen is just grey, it can be incredibly difficult to see opponents. This could be putting players at a huge disadvantage if an enemy appears on their screen while they are not highlighted.

To remedy this, Reddit user HypeFolk has suggested that the pulsing effect remains, but instead of the screen turning grey it remains colorful, like it does for Recon’s teammates, meaning players can still see while they’re using the specialist. 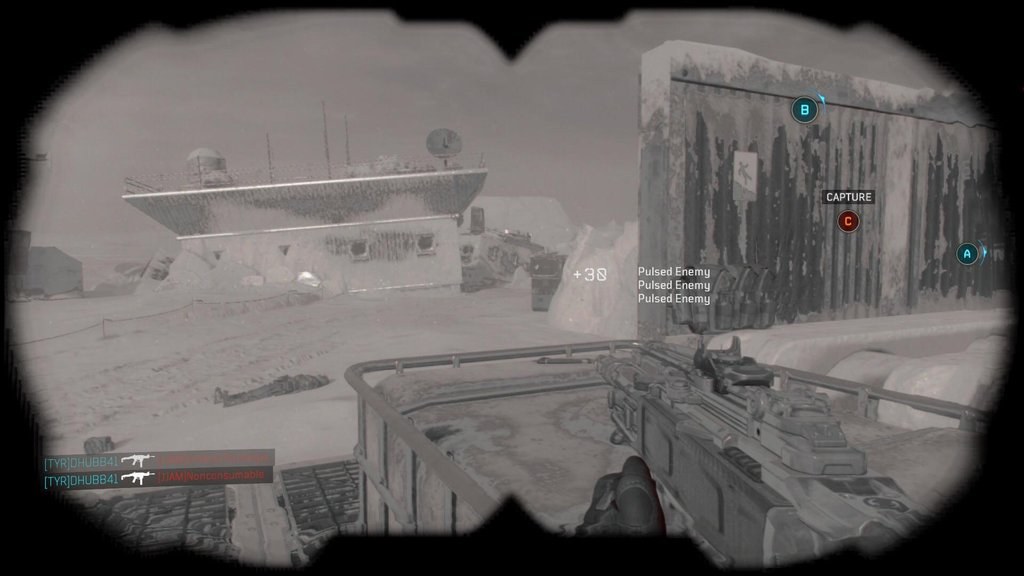 When Recon used their Vision Pulse in Black Ops 3, a pulse would flash out from the player, turning their screen grey but highlighting enemies in red even if they were behind walls or cover, allowing the player to see them for the duration of the specialist, whether they moved or not.

While fans would like to see this change, Treyarch have yet to comment on whether they are going to make any tweaks to the specialist, so Black Ops 4 players will have to keep an eye on future patch notes to see if any adjustments are made.