Call of Duty developers Treyarch have released another update in Black Ops 4 on August 6, and we’ve got everything you need to know.

Below, you can find the full details about the update, including two new weapons, new modes, the debut of a new vehicle in Blackout and more.

The August 6 update has added two new weapons in multiplayer – the M16 Tactical Rifle whose appearance and function is based of the iconic weapon from previous Call of Duty titles, and the Havelina AA50 sniper rifle.

In addition, the fan-favorite Infected mode has also been brought back in multiplayer, albeit with a slight twist.

Called Infected: Final Stand, the remixed version of the classic Survivors vs Zombies party game now gives Survivors the chance to get revived if they are attacked. On the flip side, Zombies now have a limited number of combined lives to try and hunt down Survivors.

The two new weapons and Infected: Last Stand are currently only available on the PlayStation 4, so Xbox One and PC players will have to wait the customary seven days before they can enjoy the content. 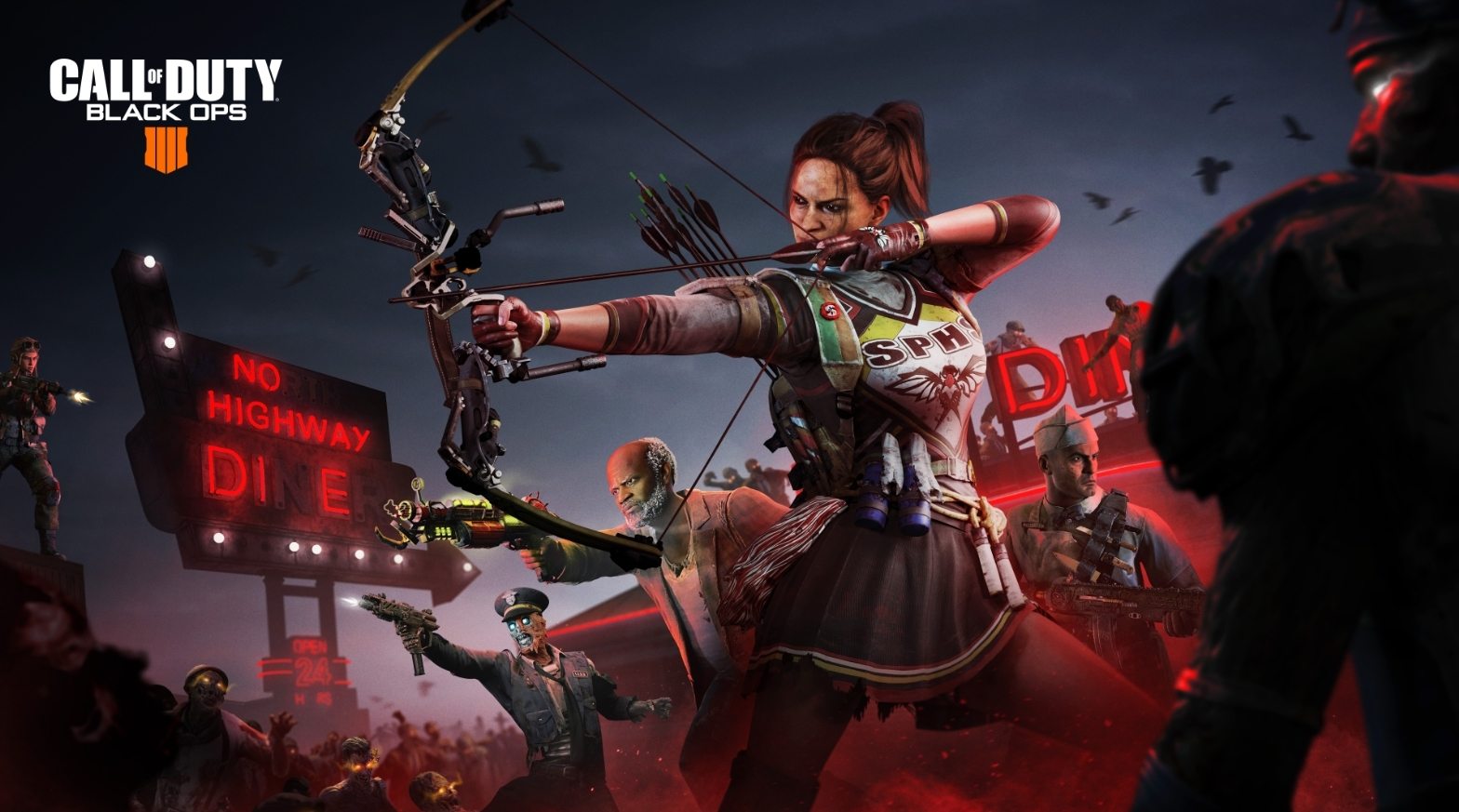 Just as with multiplayer, the v1.22 update has introduced a lot of new content in Blackout, including the brand new Tactical Bike vehicle – a motorcycle that has support for both a drive and a second player in the sidecar.

Additionally, the brand new Pandemic mode is now also available in the battle royale. The 80-player mode starts off like any other Blackout match, but players who get eliminated turn into Zombies, which have super abilities such as faster speed, higher jumping, breathing longer underwater, tracking of footsteps and more.

Again, due to Sony’s exclusivity agreement with Activision, this new Blackout content is currently only available on the PS4, and will be added to Xbox One and PC in a week’s time. 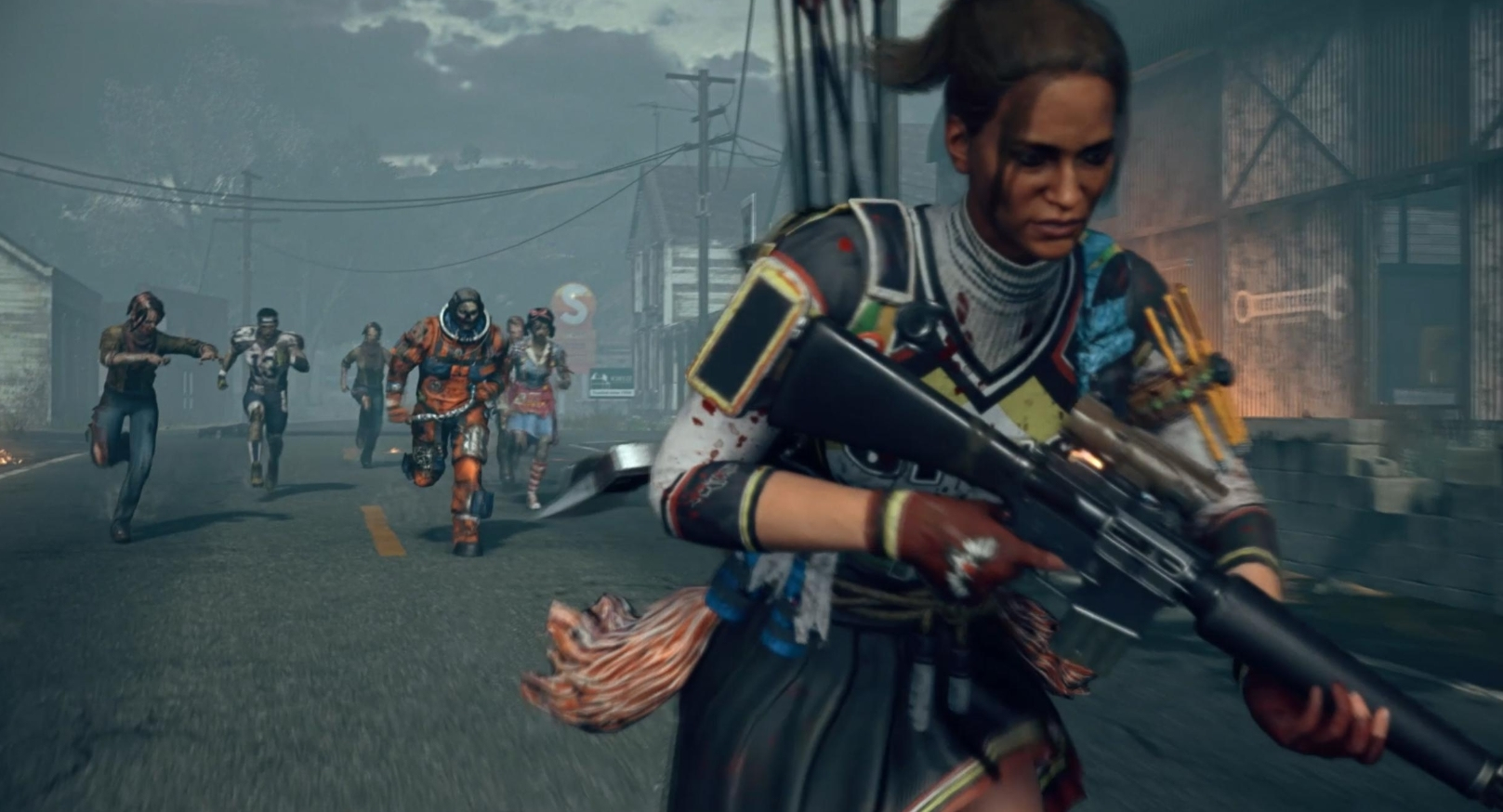 In Pandemic, Blackout players will turn into Zombies once they are eliminated.

The full patch notes for the v1.22 update released in Black Ops 4 on August 6 can be found below, as provided by Treyarch on Reddit.

Operation Apocalypse Z: Survivors kicks off today on PS4 with 60 new Tiers of Contraband rewards, new game content in all modes, weapon tuning, gameplay improvements, and more. Let’s get into everything included in our mid-season update:

Everyone’s favorite undead party game returns today on PS4 with an entirely new set of game-changing twists as the zombie apocalypse continues. In Infected: Final Stand, players start on designated teams of Survivors vs. Zombies. Survivors have one life but can be revived, while Zombies have a limited pool of lives as they hunt down the Survivors within the time limit.

Teams alternate each round, with victory going to the first team to win four rounds. Survivors win the round by surviving until the time limit, or by eliminating the Zombies team. Zombies win by eliminating all Survivors before the time limit. Work together, adopt new strategies, and keep moving if you want to win.

The infection spreads to Blackout in our new Pandemic limited-time mode, where up to 80 players compete to survive the apocalypse or join the ever-growing horde. At the start of the match, your squad will drop in and fight to stay alive against the competition… and if you’re eliminated, it’s time to get revenge as a flesh-eating zombie.

Zombie players have super speed, can jump higher, stay underwater longer, don’t take fall damage, track survivors’ footsteps, see pulses of enemies on the map, and hunt their prey with two Hell’s Retriever axes. Zombies respawn in waves every 15 seconds, and their ranks grow with every survivor eliminated. The result: an epic showdown in the final circle between the best-equipped survivors and dozens of super-charged zombies hunting them down at the end of the world.

The team has had an absolute blast designing and playtesting Pandemic, and we’re truly excited to bring the spirit of Infected to the biggest Call of Duty map in existence. Check it out this week on PS4 and let us know what you think.

The new Tactical Bike vehicle also makes its Blackout debut today, with support for a driver and an optional partner in the sidecar. Take one for a spin over to one of the Zombies-themed locations on the map, where we’ve added the chance to find three new Ray Gun MKII variants in Mystery Boxes, along with wall buy weapons in all Zombies locations to help you loot up. We’ve also created some new Zombies-inspired Easter Eggsfor both Blackout maps… sorry, no spoilers.

Take on 30 new rounds of challenges at Camp Edward in “Duck and Cover” on PS4, our new Zombies Gauntlet for “Alpha Omega” with new Nebulium Plasma and Calling Card rewards at rounds 10, 20, and 30. Think you can get a perfect run on your first try?

Aether story fans will now be able to find the Ray Gun MKII in Mystery Boxes on “Blood of the Dead” and “Classified”, and we’ve added penetration to standard Ray Gun MKII blasts to help you mow down the hordes more efficiently. This update also brings plenty of weapon tuning to Zombies, including significantly increased damage for the Reaver C86, Argus, and Locus, as well as a fix for a crash that could occur when Pack-a-Punching the Ballistic Knife with Dual Wield and either Clan Tag or Kill Counter equipped. We’ve also implemented gameplay improvements and fixes for “Alpha Omega”, “Blood of the Dead”, and the Blood Wolf Bite Perk. Read on below for the full list of patch notes to see what’s changed.

We’ve also increased the Contract reward rate by guaranteeing at least one normal Contract with a Reserve Case reward in addition to the two Hard Contracts in Multiplayer, World League, and Blackout. In Zombies, players will always earn bonus Nebulium Plasma and XP from completing any normal Contracts that don’t already offer a Reserve Case and XP.

Onto the full list of what’s new with today’s update: