Modern Warfare and Warzone are two very different experiences, so you’ll need different weapon attachments depending on which you’re playing. Here, we break down your best options when using the PP19 Bizon SMG.

Season 4 of Warzone has, as players have come to expect, changed the floor loot available to those dropping into Verdansk. One of the new weapons players can find is the high-capacity PP19 Bizon submachine gun.

With more players using it than ever, we break down the best ways to run it in both Warzone and Modern Warfare. While not as inherently strong as an MP5 or MP7, the right attachments can boost the Bizon’s viability significantly. 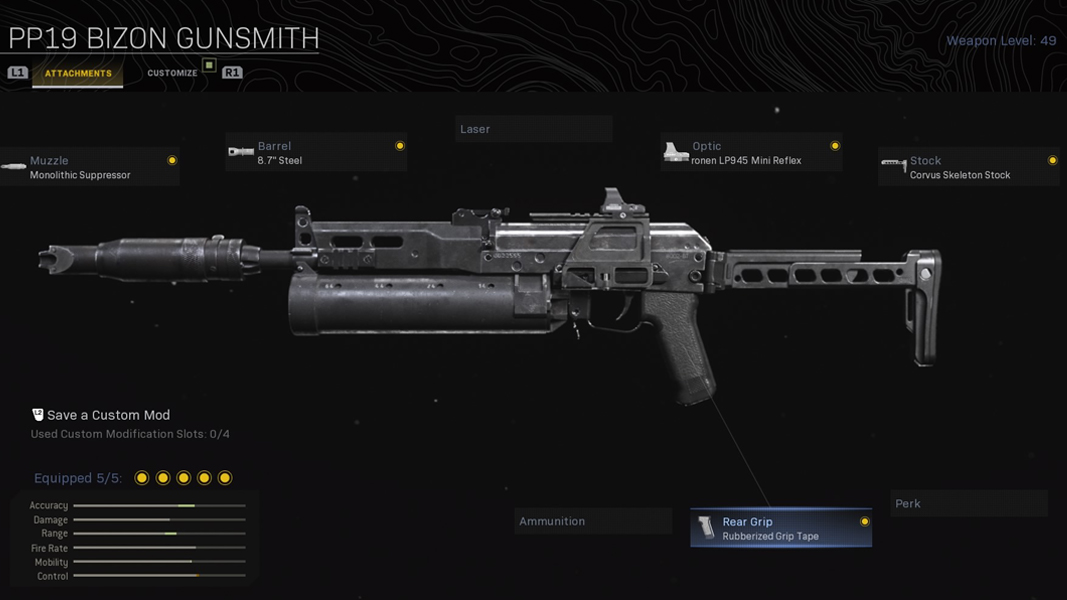 First up is the Monolithic Suppressor and 8.7″ Steel barrel. These will massively increase players’ damage, as well as reducing its recoil. Furthermore, the suppressor will keep players off enemy radars, meaning your location will remain covert even when firing.

Next up is the optics. Here, we’ve gone for a Cronen LP945 Mini Reflex, but this can really be swapped out for an optic of your choice. This will aid your accuracy at range, as will the Rubberized Grip Tape, which aids recoil control.

The final modification is the Corvus Skeleton Stock, one of the best stocks available to players in Warzone. It simultaneously speeds up your ADS and allows you to strafe quicker, meaning you can be faster and more accurate in gunfights, while being harder to hit.

Modern Warfare multiplayer is a very different environment to Warzone. This class will focus more on rapid, shorter gunfights, and less on damage range and recoil stability. 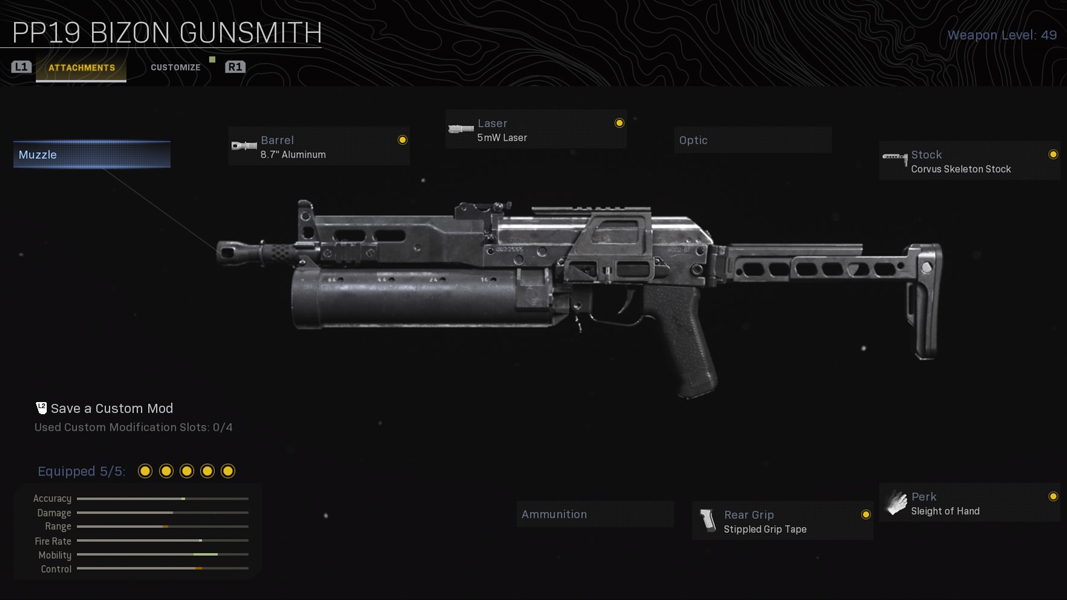 Gone are the Monolithic Suppressor and heavy steel barrel, replaced by the 8.7″ Aluminium. This will incur much less of a penalty to ADS time, and allow you to snap aim to a much greater degree. Similarly, the Stippled Grip Tape replaces the Rubberized Grip Tape, once again reducing ADS time.

The 5mw Laser will aid hip-fire and ADS time, meaning if you’re caught unawares by an enemy, you have the best possible chance of coming out alive.

Sleight of Hand will boost the weapon’s incredible magazine capacity, allowing you to spray multiple enemies, reload, and get straight back into the action. There is no need for a sight, as the majority of your gunfights in MW will be close range, and the Bizon’s iron-sights are more than sufficient for these.

The Corvus Skeleton Stock remains for the aforementioned reasons. Regardless of Warzone or Modern Warfare, this attachment is worth using in all modes.