The MP7 is a popular weapon in Modern Warfare and Warzone, but what are the best ways to run it in Verdansk? Here, we break down two of the strongest MP7 loadouts you can use.

The MP7, while not considered that strong in regular multiplayer, has come to be one of the two most used SMGs in Warzone. Alongside the MP5, it has proved itself to be one of the best options for players, thanks to its high fire rate, manageable recoil and large ammo magazines.

However, as seasoned players will know, Warzone and Modern Warfare are very different games, meaning different loadouts are needed. These Warzone loadouts will be more geared towards medium-range gunfights and accuracy – as opposed to fast ADS and handling.

This first loadout is for less confident players, who may struggle to control the gun’s recoil more. It’s also more geared towards mid-range gunfights, so feel free to take a sniper as your secondary because you should be able to hold your own at most ranges (don’t challenge a Grau though – you’ll lose). 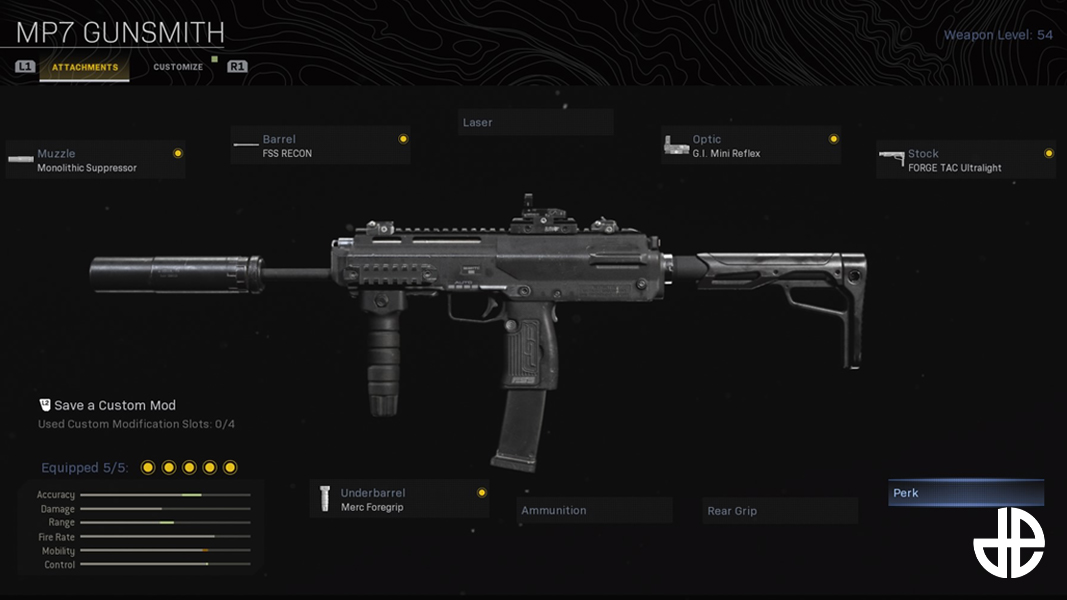 First off, you’ll notice both the Monolithic Suppressor and the FSS Recon. These will both buff your damage range, and help to stabilize recoil. While ADS time is slowed considerably, it’s worth it for the viability at medium ranges you’ll gain.

The Merc Foregrip will stabilize your shots even further, allowing you to stay on target when dealing with enemies further away. The G.I. Mini Reflex is one that can be easily swapped out – we’ve gone for it as it is the pro optic of choice, as well as being useable at various ranges.

Finally, the FORGE TAC Ultralight will increase your strafing abilities while ADS, meaning you’ll be a harder target for enemies while in gunfights. There’s also no need for extended mags on this class, as the base MP7 comes with 40 rounds per mag.

This second class is for more confident players, who are capable of controlling the gun’s modest recoil, even at longer ranges. We’d also recommend taking an AR as a secondary for this class, because this MP7 is less viable at longer ranges, but stronger up close. 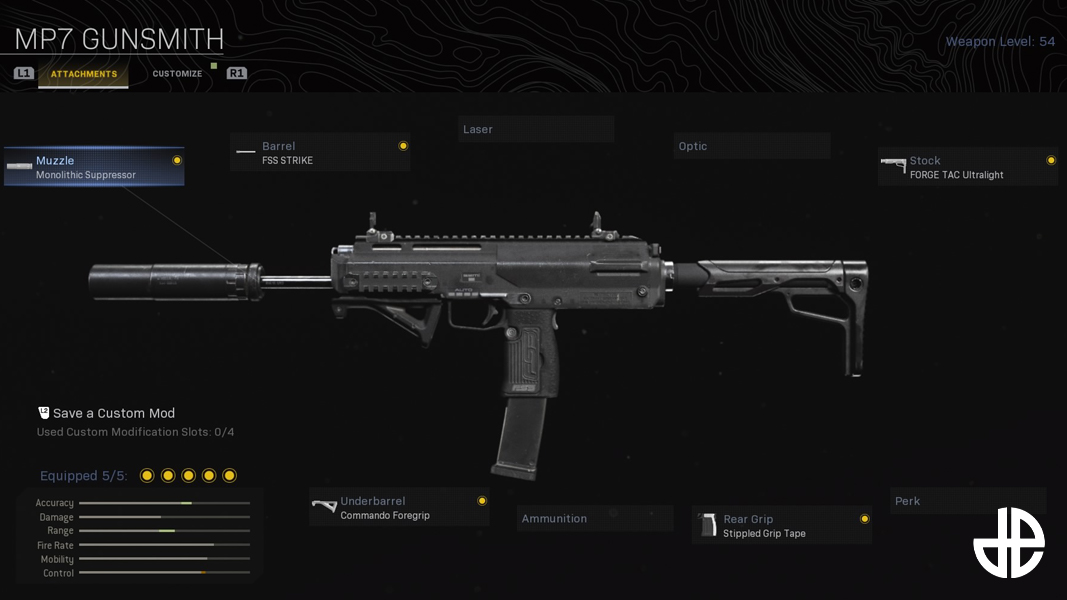 The Monolithic Suppressor stays, to keep you off the radar and help your range. However, the FSS Recon is swapped out for the FSS Strike. This will keep the buffs to your damage range and bullet velocity, but slightly reduces recoil control. Your handling, however, will improve.

Similarly, the Merc Foregrip is swapped out for the Commando, seeing a big buff to handling and mobility, at the expense of recoil control. The Stippled Grip Tape will speed up your ADS for close-quarters engagements, with the FORGE TAC Ultralight ensuring you’re a fast-moving target with your sights up.

Because this class is geared towards closer ranges, you’re best off using an AR in your second slot. The M4A1 or the Grau 5.56 are the best options, with the latter even being called overpowered.

While these classes are good starting points, feel free to mess around with them to fit your play-style and preferences. Be sure to tweet us @DexertoIntel to let us know how you get on!