Best Assault Rifles to use in Call of Duty: Warzone - Dexerto
Call of Duty

Best Assault Rifles to use in Call of Duty: Warzone

There is no shortage of choice when it comes to assault rifles (ARs) in Warzone but, if you’re still not sure what your best options are, we’ve ranked them all to give you the best chances of conquering your foes.

One major reason for Warzone’s popularity is the inclusion of new features to shake up the battle royale formula, like the Gulag and Loadout Drops. The latter gives you the chance to customize your loadout and take your favorite setup into the expansive Verdansk environment.

However, such freedom means difficult choices for players. ARs are certainly dominant in Warzone as a result of the mid to long-range engagements players frequently find themselves in. To help you narrow down your weapon of choice, we’ve ranked all the ARs you can take into battle with you, from worst to best.

Very bottom of our list is the Oden. Any Warzone player with more than a few Season 3 matches under their belt will have come across the base version of this gun on the floor. They have probably also found that you’ll want to swap it out for something else when you get the chance.

Significant recoil, an insanely slow fire rate, and a meager 20-round magazine see this AR come dead last in our rankings of ARs. It does have very high damage compared to other weapons, but lacks in almost every other area. Only use this one if you have no other choice.

The AK-47, much like the Oden, leaves a lot to be desired. It handles slightly faster and has a slightly faster fire-rate, but its very bouncy recoil is perhaps even harder to control than the Oden.

In a game like Warzone, where a high percentage of players’ engagements will be medium or long range, a gun that kicks this much was always going to struggle to be viable. Even it’s customized versions that can be found are nothing more than mediocre.

The FN Scar 17 is essentially a mix of the AK-47 and Oden in terms of its characteristics. 20 round-mags and a slow fire rate make this less than ideal in any Warzone situation.

It pales in comparison to its previous appearances in Call of Duty, most notably the Black Ops II Scar, that simply puts this one to shame. Add slow handling into the mix, and you’ve got yourself an AR that’s really not worth using, even with its high damage. 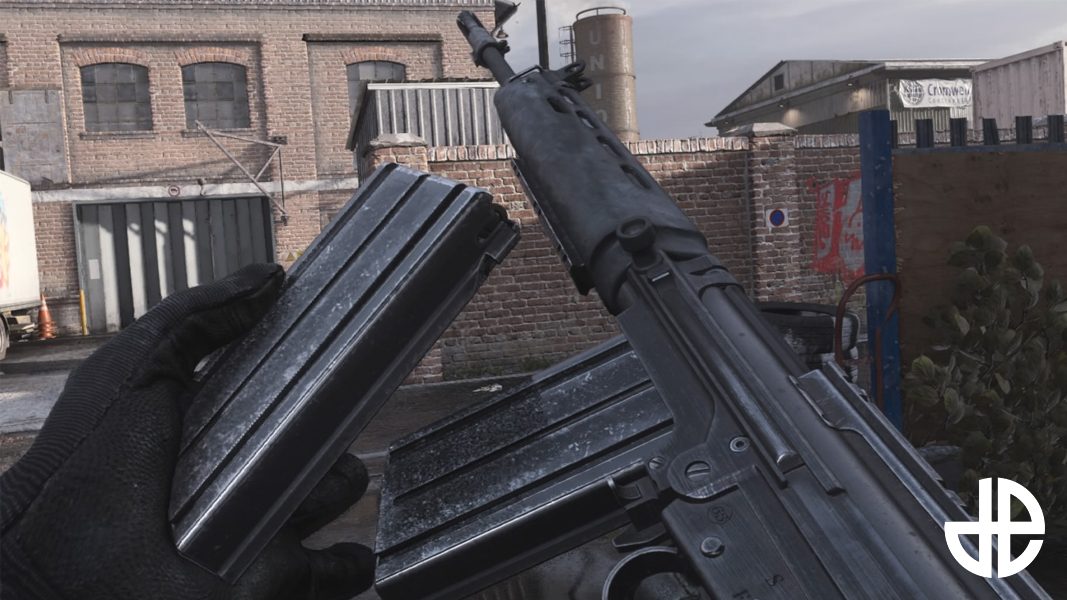 The FAL is the only semi-auto rifle classed as an AR but, unfortunately, it’s unique characteristic does not set it apart from the others in terms of Warzone viability. While you can probably spam-fire faster than the Oden, that’s not saying a lot.

It can be useful at medium to long ranges, perhaps finishing off enemies that are in full retreat. However, it is generally outclassed by the automatic ARs at all ranges, especially close range where you may as well try and melee your opponent to death instead. 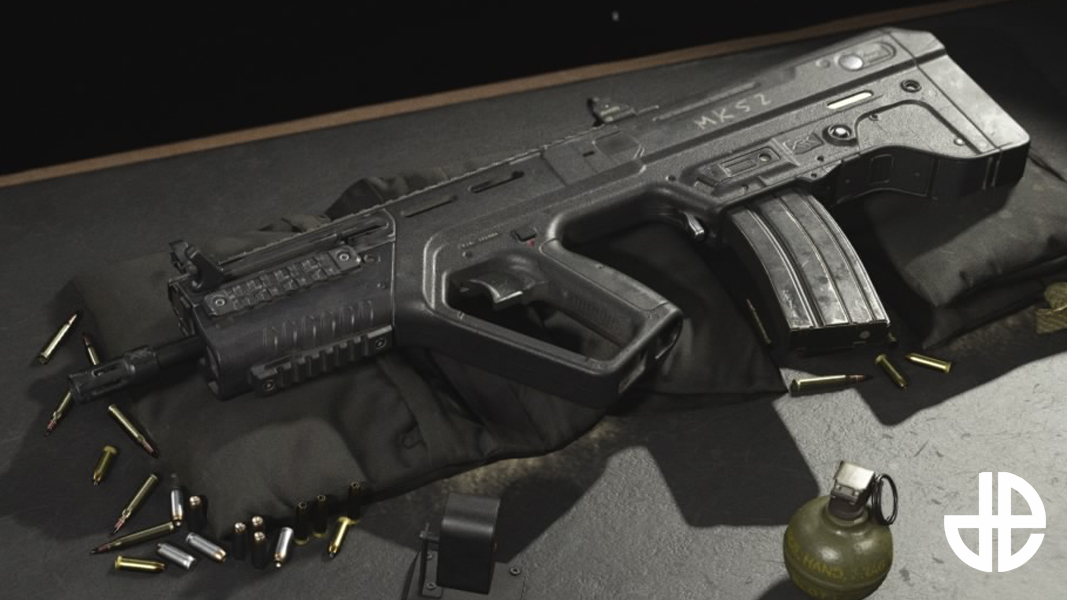 The RAM-7 is a fairly middle-of-the-pack assault rifle when it comes to Warzone. While it can outclass an SMG at longer range, or some of the other ARs at close range, it doesn’t excel at anything in particular, so can’t do any better than sixth on our list.

Regardless, it’s most definitely an improvement over the aforementioned automatic ARs, most of which would fit right in a dumpster fire. 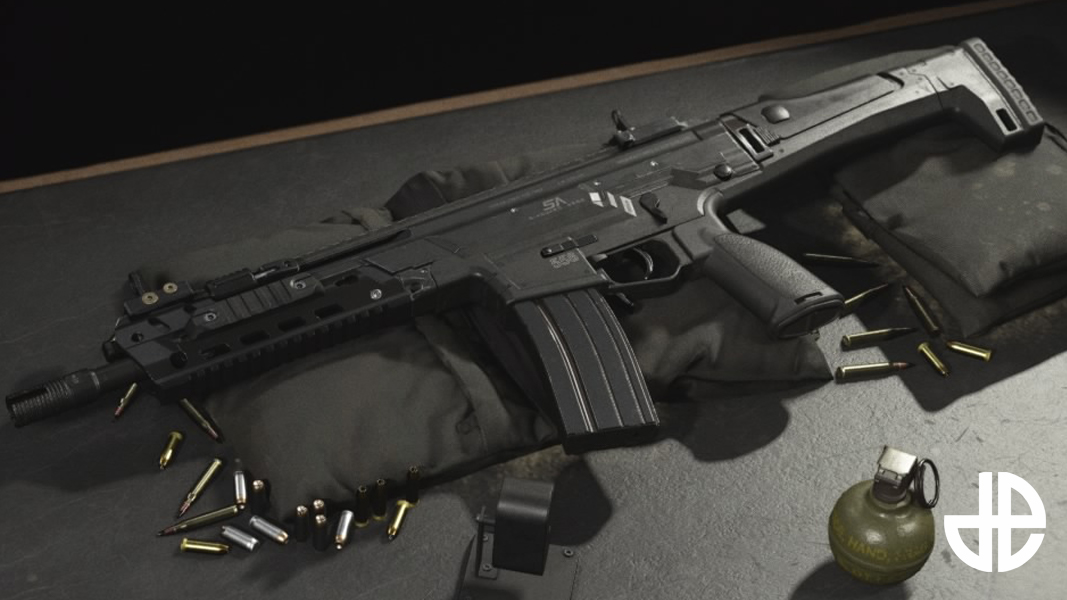 The Kilo 141 can be fairly hit or miss. There’s certainly a meaningful jump from the RAM-7 to the Kilo, thanks mainly to the serious buff when it comes to fire rate.

While it can’t quite match the damage of the M4A1 or the stability of the Grau 5.56, it can hold its own in most engagements players will find themselves in. Attachments can also make a big difference with the Kilo – most notably the longer, heavier Singuard barrels, that massively reduce recoil. 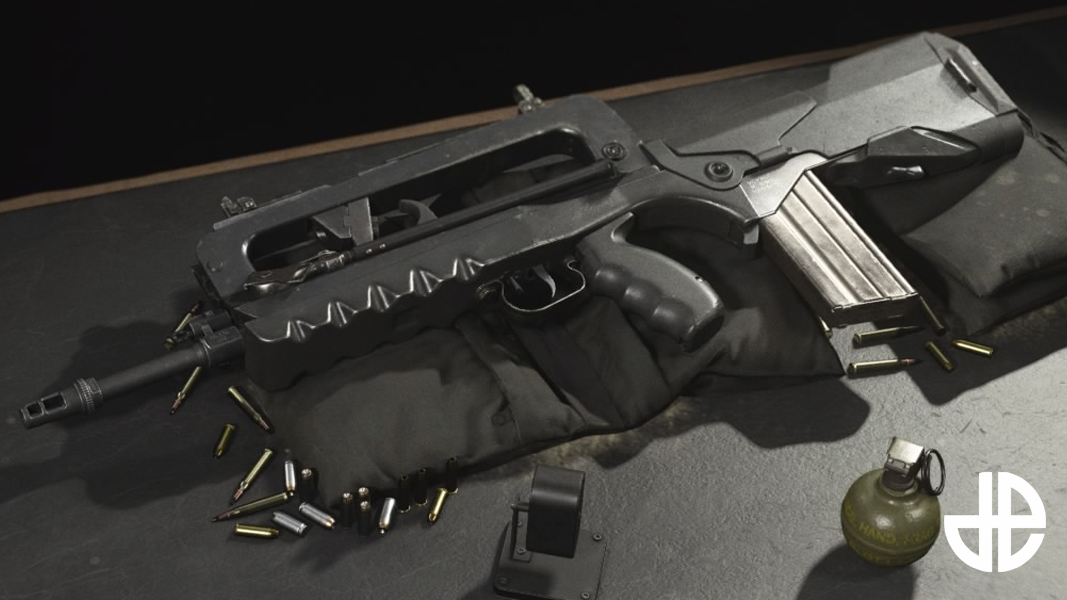 The FR 5.56’s fairly high ranking is pretty dependent on the user. Essentially, while using this three-round burst weapon, players have to choose their engagements more carefully. At medium to long ranges, players can put down multiple accurate bursts and shred through enemies’ armor.

Try and use this up close, however, and you’ll likely find yourself in the queue for the Gulag. Regardless, its damage output and manageable recoil make it a fairly strong all-round option. 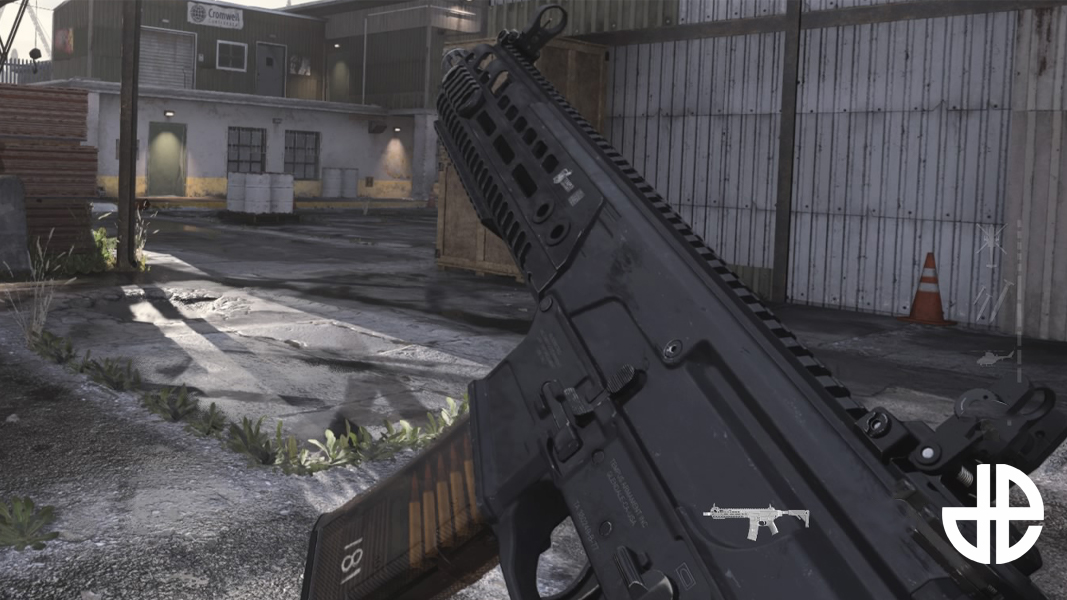 The M13 is essentially a slightly upgraded version of the Kilo, albeit with a higher fire rate and faster handling. This makes it especially viable in close to medium range scenarios, where a host of other ARs would crumble.

You can also customize the M13 in any way you want. Throw a Monolithic Suppressor and Tempus Marksman on and it becomes useful at longer ranges, or remove the stock and add the Tempus Mini and it becomes an AR/SMG hybrid.

Its versatility, high fire rate, and impressive handling make it one of the stronger AR choices in the game’s current build. 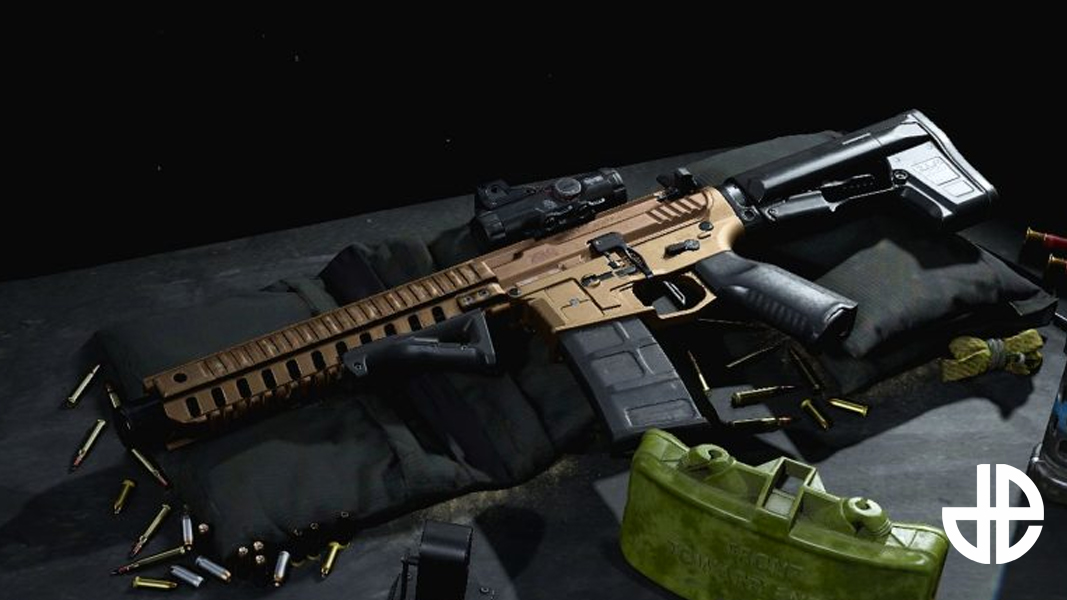 It will surprise absolutely no one that the M4A1 and Grau 5.56 are fighting it out for the top spot. The M4A1 has been the professional AR of choice since Modern Warfare’s release, and remains popular when it comes to general multiplayer.

Its incredibly high damage output sets it apart from all the ARs we’ve listed so far, albeit with moderate, but manageable, recoil. Players may need to throw some optics on there as the weapon’s iron sights can become obstructive at longer ranges.

However, its pure destructive capabilities make it a top-two AR in Warzone, and a strong choice regardless of the situation you find yourself in. 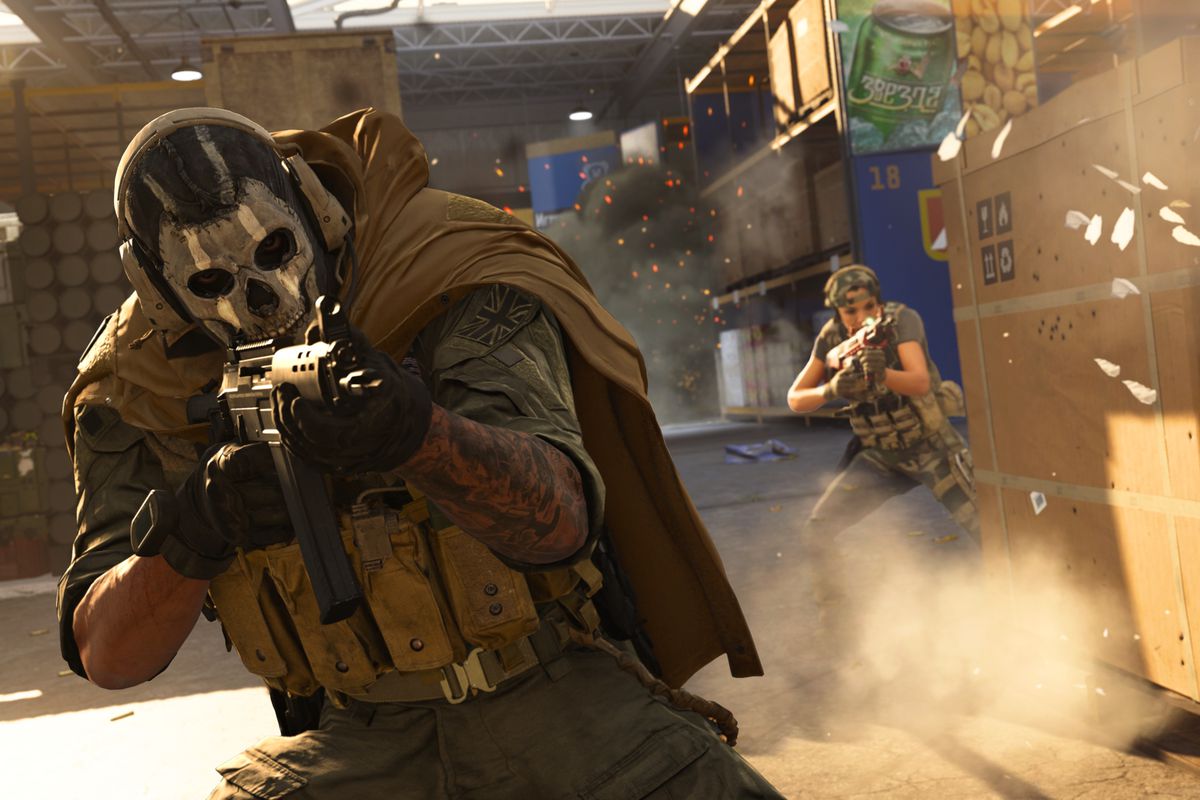 Top of our list is the Grau 5.56; the AR that was added post-launch, as part of Modern Warfare’s second season. It quickly established itself as one of the most powerful all-round weapons in the game, but has come to dominate all areas of the Verdansk map.

Add a Tempus 26.4″ Archangel barrel and a Monolithic Suppressor to it and it becomes a terrifying weapon. While admittedly slower in the handling and mobility departments, its range, damage and stability make it incredibly powerful at medium to long ranges.

When an AR can outperform a sniper or LMG at long ranges, and some SMGs at close to medium ranges, it’s fair to assume it’s worth your time.

We might even see a nerf for the Grau, with some community members calling it overpowered. If you’ve been destroyed across the map by an enemy with a Grau, you might be inclined to agree.

If you want to improve your game in Warzone, getting to know your favorite weapons are crucial.  Try them out, get a feel for each, and let us know if you agree with our rankings by tweeting us @DexertoIntel.