Alcatraz to return to Call of Duty Blackout with new features

For those of you who ruing the latest removal of Alcatraz from Call of Duty Blackout don’t worry, Treyarch have confirmed the mode will return on July 9 – with new features.

When will Alcatraz return to Blackout?

It will also return with a “dark new twist” as part of Operation Apocalypse Z. This will presumably be in the form of a map change, much like the changes it has previously gone under, or maybe a brand new, powerful Zombie to fight.

The Alcatraz map has already seen two notable changes to it – alongside new entrance ways being added to keep the battle flowing. The first change saw some strange lava-type matter added to a couple of the prison cells inside Cellhouse. 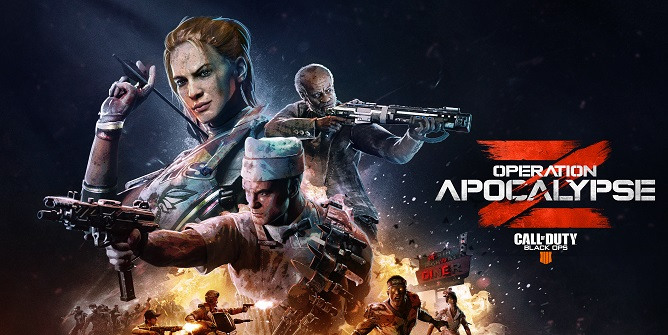 The next change saw a huge hole created at the top of Cellhouse, dismantling many prison cells in the process. It also left more of the same matter on the floor of the building. These changes have been leading up to what’s coming in Operation Apocalypse Z.

Of course new locations such as Submarine and Shipwrecked have been added too but don’t appear to be part of the evolving narrative of the map.

The new additions are eagerly anticipated but this hasn’t outweighed the disappointment Black Ops 4 players are feeling as a result of the map being removed. Blackout players have already made their thoughts very clear the previous times the map had been removed.

Alcatraz will return to #Blackout on all platforms on July 9th, along with a dark new twist coming to Alcatraz in Operation Apocalypse Z.

Splitscreen co-op will also be restored in all Blackout modes with our July 9th update alongside new Blackout map updates.

Feedback varies from a simple “stop removing Alcatraz from Blackout” to “why do you need to remove it to add changes?” One player also pointed out that a lot of people are going on their “holidays in the USA and you just took this away only to return it after they all go back to work.”

Similar has happened with Hot Pursuit, which is played on the core Blackout map, where that mode has been intermittently and randomly removed. This provoked a similar reaction from Blackout players. It appears players have their favorite mode, be it Hot Pursuit, Alcatraz or one of the core modes, and like to stick with it – meaning anytime it’s removed, they’re prevented from enjoying Blackout.

As part of the July 2 update though, Hot Pursuit underwent unannounced changes which has enraged the community. The fast-paced, cops and robbers mode has been lauded for its balance between speed and maintaining a core battle royale concept.

While evolving Alcatraz is more of a natural progression, fans will be hoping Treyarch don’t do something similar to that of Hot Pursuit.

Roblox Pet Simulator X codes (May 2022): How to get free Diamonds & Coin Boosts