ACHES reveals the biggest regrets of his Call of Duty career

Call of Duty star Patrick ‘ACHES’ Price has revealed two of the biggest regrets of his competitive career –  both revolving around his compLexity Gaming/Evil Geniuses’ dynasty run.

The two-time CoD World Champion hosted a Twitter AMA on March 22, answering a wide array of questions from fans and fellow pro players.

While some questions wanted to know about his favorite type of late night fast food, where he had planned for a vacation or just how he continues to torment OpTic Gaming year after year, others took a deep dive into his gaming history. 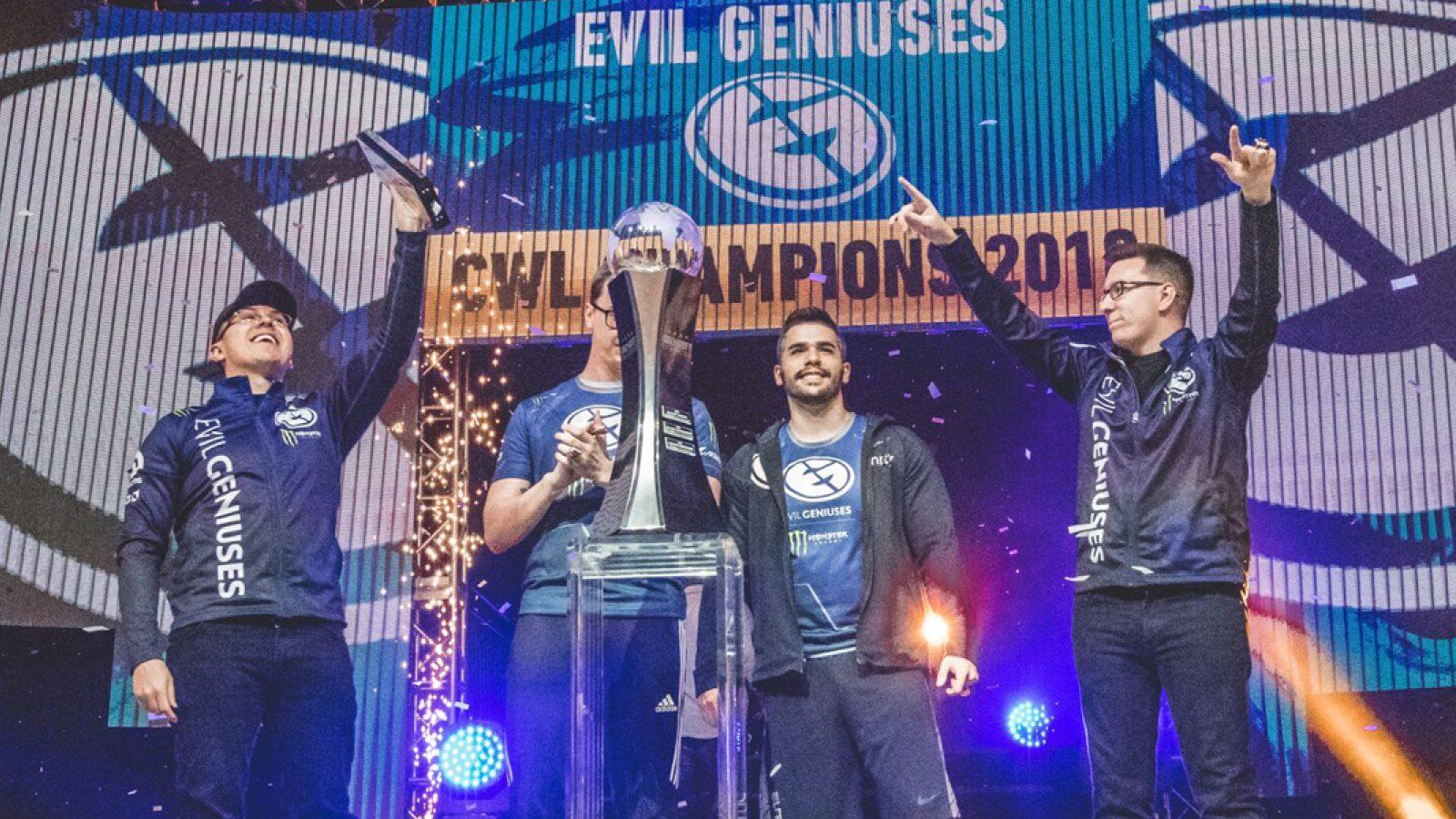 ACHES added to his vast trophy cabinet with a CoD Champs win in World War II.

The CoD legend had already answered plenty of benign questions before being quizzed about the ‘absolute worst decision’ he had made in his career. Aches swiftly answered: “Not caring if I kept my col [compLexity]/eg [Evil Genuises] team together.”

The two-time World Champion had been referring to how his dynasty Evil Geniuses roster had broken up at the end of Call of Duty: Ghosts when Damon ‘Karma’ Barlow departed the active roster.

Not caring if I kept my col/eg team together

Another fan also asked ACHES about the worst mistake he had made when it came to putting a roster together.

The Team Envy captain responded: “Adding TuQuick to coL instead of clay,” referring to when the team had the chance to pick up James ‘Clayster’ Eubanks but opted for Aaron ‘TuQuick ’Chang following the benching of Damod ‘FEARS’ Abney during the Call of Duty: Black Ops 2 season.

Adding TuQuick to coL instead of clay

He also answered questions about which current pros he would like to team with if given the chance.

While ACHES responded that he had teamed with almost everyone he’d like to, he revealed that if he had to choose some names, he’d pick OpTic Gaming’s Brandon ‘Dashy’ Otell and Luminosity’s Peirce ‘Gunless’ Hillman.

I’ve teamed with almost everyone I’d like to. Maybe dashy/gunless

While ACHES kept the spiciness of the AMA on the low, giving fans a behind the scenes look into his career makes a change from some of his other social media posts, with his outspoken demeanour often dividing the Call of Duty community.