With Modern Warfare Season 2 just around the corner, we’ve taken a look at some of the classic Call of Duty weapons that Infinity Ward could consider adding as part of the new content.

There has been a lot of hype surrounding the upcoming release of Season 2, as it’s strongly expected Infinity Ward will add at least one new weapon, possibly several, which could include some classic guns from past titles.

The question is, which ones would they add? When looking back at Infinity Ward’s previous CoD games, there are numerous weapons that are iconic and memorable and would make perfect candidates for a 2020 return. 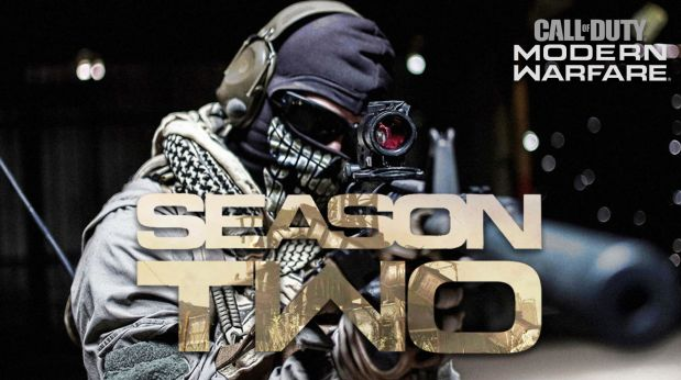 Season 2 will add at least one new weapon in Modern Warfare, which could be a blast from the past.

Below, we’ve compiled a list of five guns that the developers could consider adding in Modern Warfare as part of the Season 2 content drop.

There’s a chance that while the weapons they add may not be named exactly as some of the ones in this list, they could still resemble them in both function and appearance. For example, both of Season 1’s new guns, the RAM-7 and Holger-26, are very similar to weapons from past MW games, the TAR-21 and MG36.

Furthermore, needless to say, we’ve limited our list to only the CoD titles developed by Infinity Ward, since it’s highly unlikely they’d add weapons from games made by the other developers.

The UMP45’s in-game stats don’t tell the story of how good this weapon really was.

First introduced in Modern Warfare 2, the UMP45 is one of the most powerful submachine guns in the history of Call of Duty. Thanks to its low recoil, high damage, and almost no damage drop-off at different ranges, the UMP45 quickly became a fan-favorite in multiplayer.

It also had very clear iron sights, making optics unnecessary, which meant players could spend that create-a-class slot on another attachment to further bolster the gun. Not to mention the fact that it was immediately unlocked at the start of the game, so players got to use it right away.

The UMP45 went on to feature in both Modern Warfare 3 and Infinite Warfare. It was also planned on being included in Ghosts, even making an appearance in the trailer, but was ultimately cut from the game. 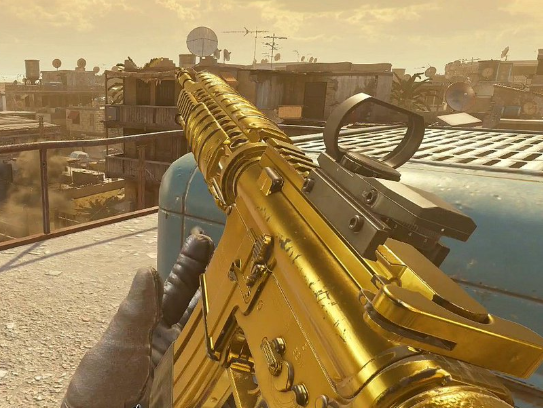 The original M16 is one of the most iconic weapons in Call of Duty history.

You can’t say the words ‘Modern Warfare’ without the M16A1 coming to mind, one of the most powerful and meta assault rifles in CoD history. Its powerful three-round burst was devastating in multiplayer, especially when combined with the overpowered Stopping Power perk.

The M16 embodied what a true AR should be; while not totally viable at close range, it was more than effective at medium to long-range, and those who had good aim often mowed down enemies with a single burst.

It was first introduced in CoD4: MW before being brought back in MW2, MW3, and MW Remastered.

Interestingly enough, while it’s obviously not in Modern Warfare now, players can use the in-game Gunfight feature to build a weapon closely resembling it, using the M4A1 as the base and adding a specific set of attachments. 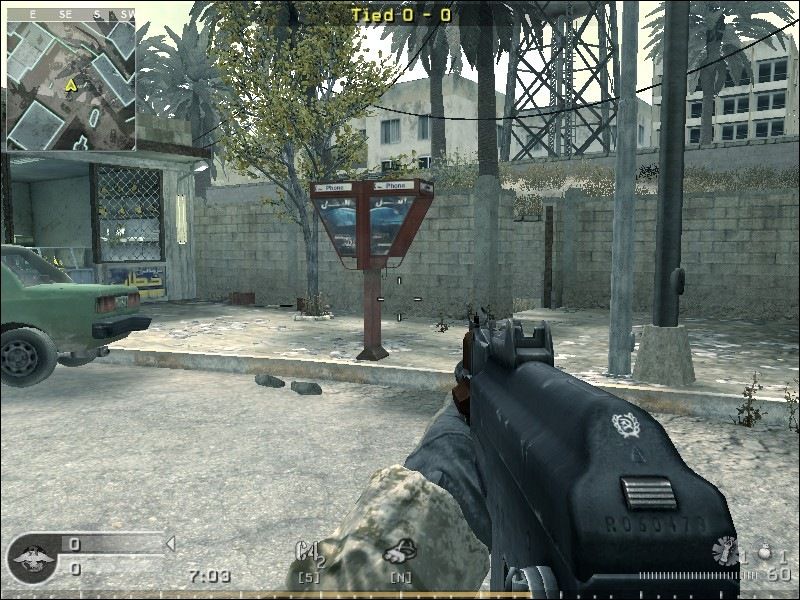 The AK-74u was essentially the AK-47 rifle but in SMG form.

Much like the M16, the AK-74u is another classic Modern Warfare weapon that belongs in the Call of Duty hall of fame. Most will recognize it as the only other main meta weapon that players liked to use in the original CoD 4.

Combining the power and wall-penetration of the AK-47 rifle with the ADS speed, short-range effectiveness, and hip-fire accuracy of an SMG, the AK-74u both packed a punch and was agile enough to be a force.

It’s featured in a plethora of CoD titles, including MW, Black Ops, MW3, Black Ops 2, Black Ops 3, MW Remastered, with MW2 being the only game of note that it wasn’t added to.

As with the M16, a weapon similar to the AK-74u can also be created in the Gunsmith by using the AK-47 as the base and equipping the correct attachments. 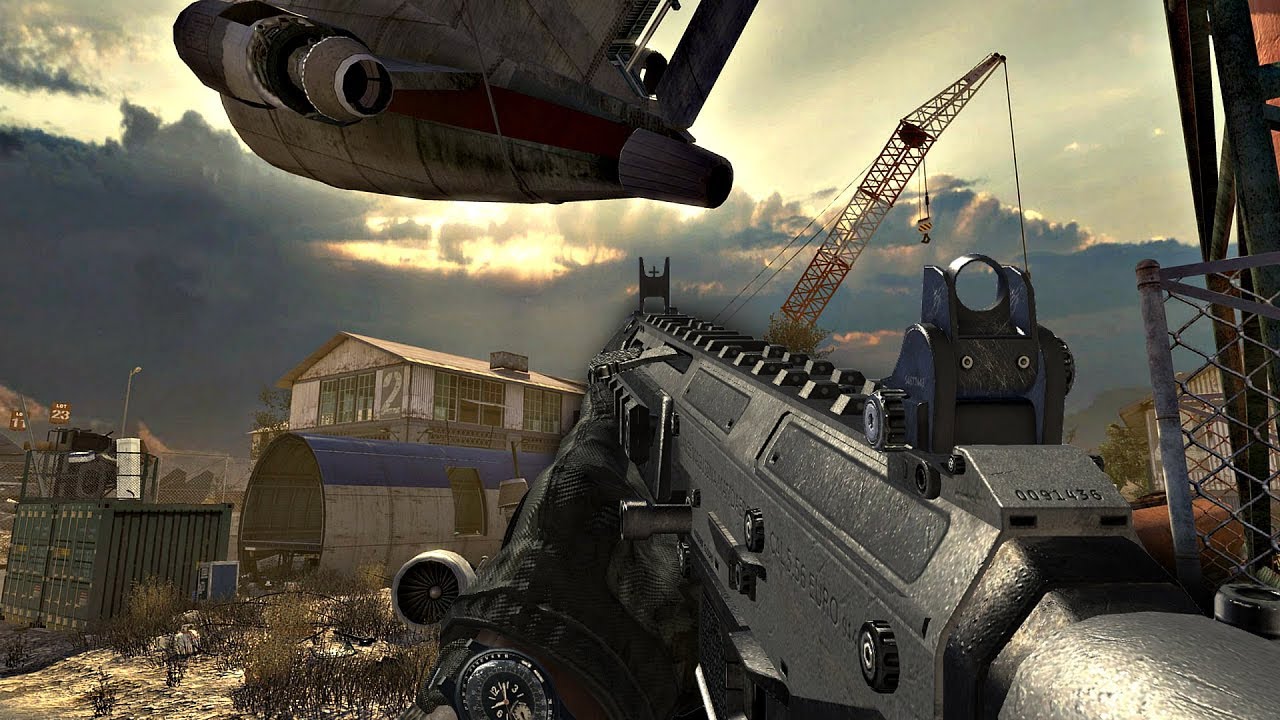 The ACR’s extremely low recoil and high accuracy made it a very powerful option in MW2.

Arguably the most popular assault rifle in Modern Warfare 2, the ACR is one of the most accurate ARs that’s ever been seen in Call of Duty. It’s extremely low recoil bordered on nonexistence, allowing players to beam each other, more than making up for its relatively low damage and rate of fire.

Due to its accuracy, the ACR was the ideal choice for longer-range gunfights, especially when equipped with attachments that made the weapon even more deadly.

Considering how many bigger maps there are in Modern Warfare, as well as long lines of sight, this assault rifle could be the ideal addition in Season 2. 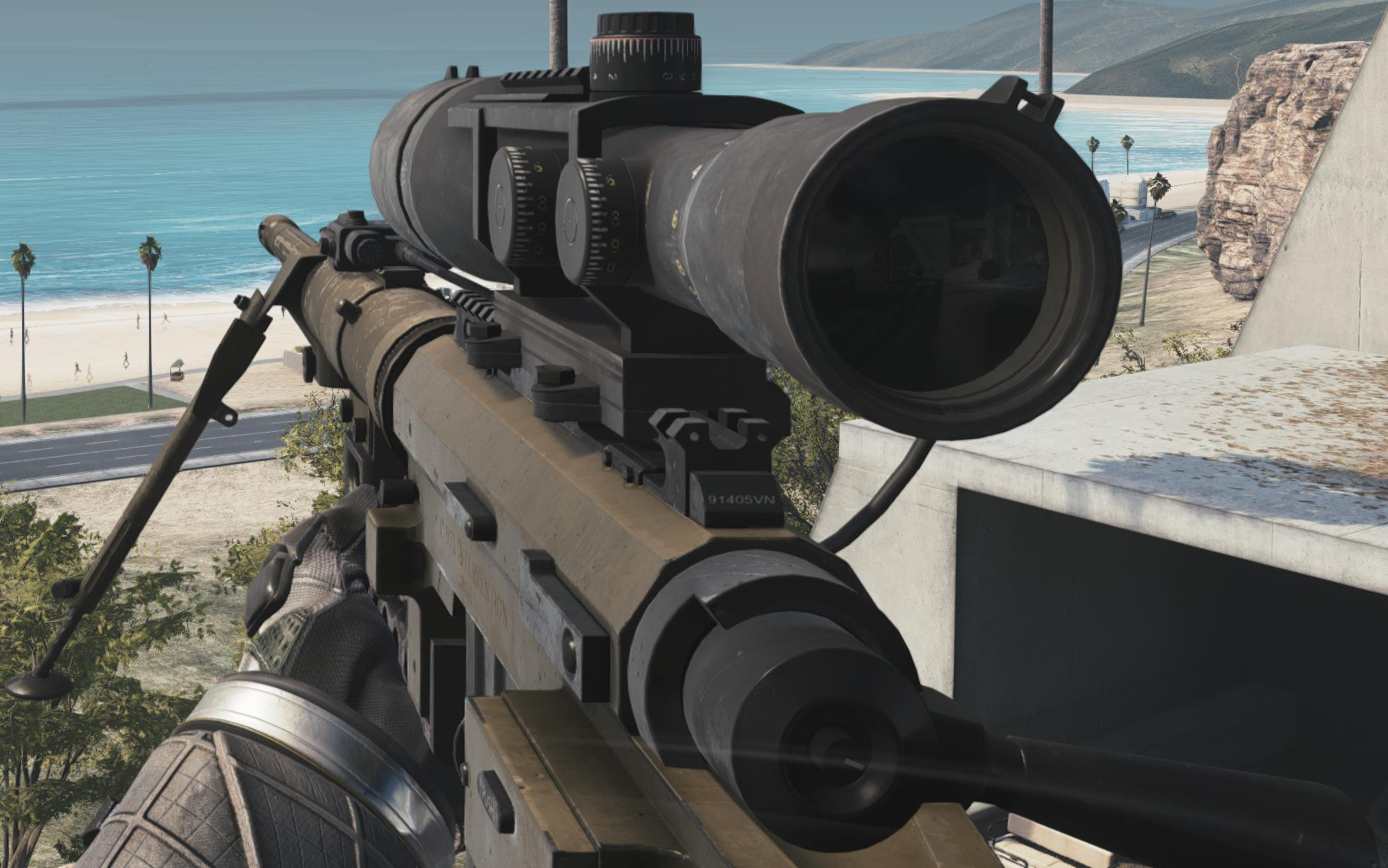 The Intervention sniper rifle was brought back in Call of Duty: Infinite Warfare

When it comes to sniping, no discussion about Infinity Ward-developed CoD titles would be complete without the mention of both the Intervention and Barrett .50cal. We wanted to include at least one on this list, but couldn’t decide between the two, as they both have left major marks in the Modern Warfare series.

While the Intervention may get more of the spotlight and mentions, it’s technically weaker than the Barrett .50cal when it comes to the important statistics such as rate of fire, idle sway, mag capacity, and predictable recoil.

That said, in the right hands, both of these rifles were more than enough to devastate enemies and alter entire games. If Infinity Ward was considering adding an older sniper, these two are undoubtedly 1 and 1a on the list.

The Barrett .50cal was statistically superior to the Intervention in nearly every way.

That wraps up our list of the five classic Call of Duty weapons that could be added in Modern Warfare as part of the Season 2 content drop.

Of course, as we mentioned before, there’s a good chance IW could just avoid going with older guns altogether and add brand new ones, like they did with the RAM-7 and Holger-26 in Season 1.

Modern Warfare Season 2 is set to launch on Tuesday, February 11 for PlayStation 4, Xbox One, and PC, available for free to all players.