The M4A1 Assault Rifle, commonly referred to as the M4, is one of the most powerful weapons in Call of Duty: Modern Warfare, and we’ve come up with five loadouts to use in multiplayer for different kinds of play-styles.

While many things changed in Modern Warfare between the Beta and full version, the one thing that largely remained the same was the powerful viability of the M4.

Its good strength and accuracy make it more than usable at long range, while its versatility and agility allow it to perform admirably in close-quarter gunfights.

Below, you can find our best classes for the gun for five different variations – run-and-gun, tactical and long-range, balanced, competitive, and Overkill – all with their own set of attachments, perks, lethals, and tacticals.

Note that all of the classes assume that everything’s already been unlocked, so if you see attachment or throwables that you haven’t unlocked yet, then substitute it with something that has similar stats and attributes.

While Assault Rifles are generally not used for running and gunning in Call of Duty, the M4’s versatility allows it to be used in faster play-styles, especially when fitted with this loadout.

All of the attachments prioritize mobility at the cost of range and control, and even hip-firing is improved with the 1MW Laser.

Both the Knife secondary and Double Time perk allow for faster movement, while the Stim tactical gives players a way to heal faster when having to engage again right away after being hurt. 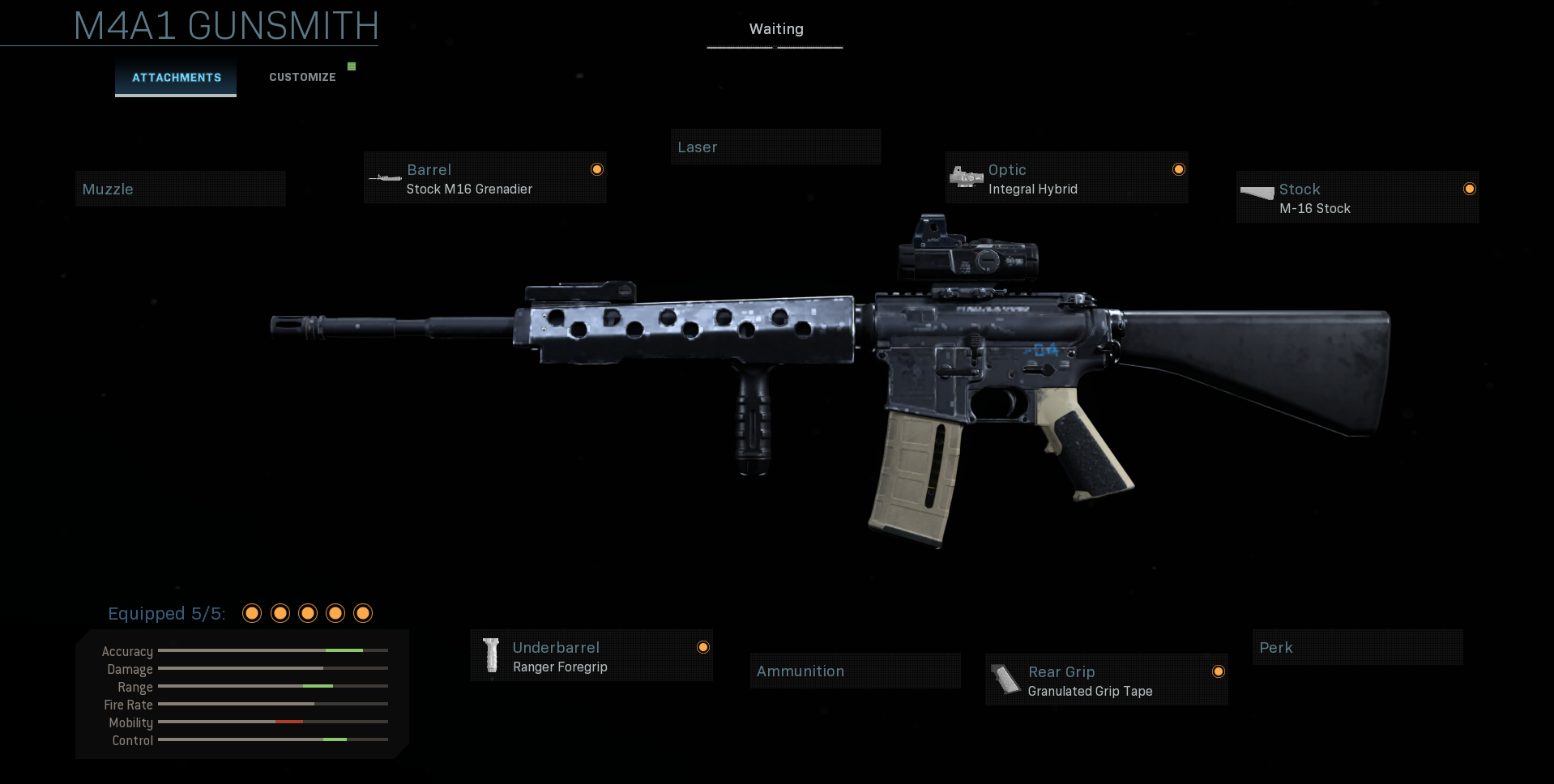 This class is for those who like to post up on a power position with the M4 and watch lanes and popular spots on the map, only engaging enemies at medium to long ranges.

Hence the Integral Hybrid optic, which can switch between a 1x reflex and a 3.25 Scout, allowing you to have an effective sight for all kinds of distances.

The rest of the attachments are meant to boost stats like accuracy, range, and control while having a very negative effect on mobility, which isn’t really needed for this class.

The M19 pistol is good to have as a secondary since it has a higher fire rate and can be good to use against enemies who get too close.

The perks supplement this class by ensuring that grenades and stuns/flashes can’t be used to eliminate you, the Claymore is effective in watching your own back, and Smokes can be used to make a quick getaway if too many enemies start pushing you.

Constructing a completely balanced M4 setup is much easier said than done since almost every combination of attachments will inevitably cause at least one statistic to take a hit.

This class is one of the more balanced loadouts, as it both boosts accuracy and control for those medium to semi-long range gunfights, while also increasing mobility for more close-quarter engagements.

The only adverse effect is to range, so the weapon may not be as effective when shooting across the map, but overall, this setup does a good job keeping the gun very versatile. 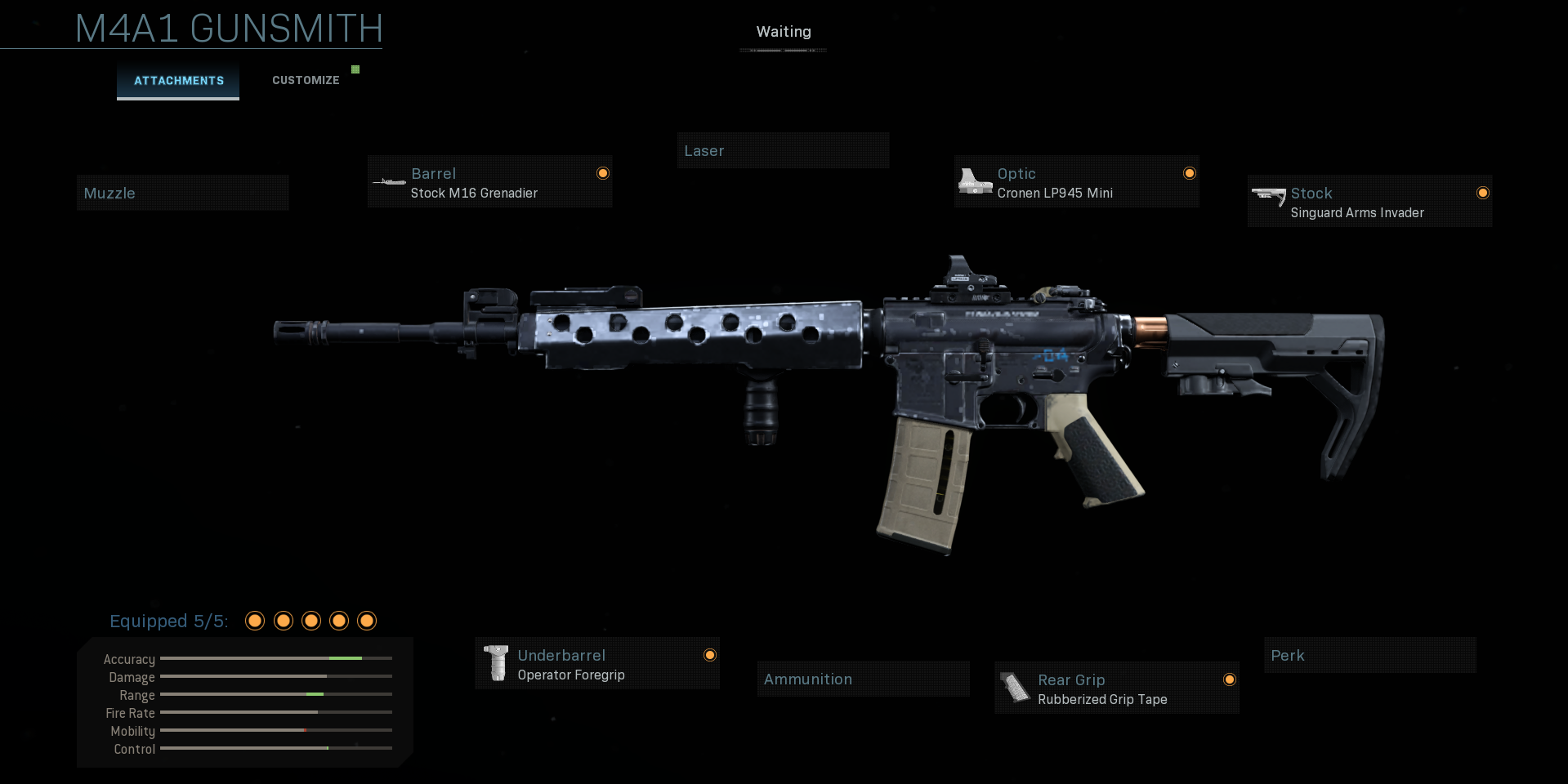 This class comes courtesy of Ian ‘Crimsix’ Porter, the winningest Call of Duty professional who currently plays for the Dallas Empire franchise. His approach to building an M4 loadout has resonated in the competitive community, so it’s more than likely a good one.

The stats support that since they do a perfect job at massively boosting both accuracy and range, and giving a small increase to control, all while only slightly decreasing mobility, which isn’t the most crucial thing for assault rifles. 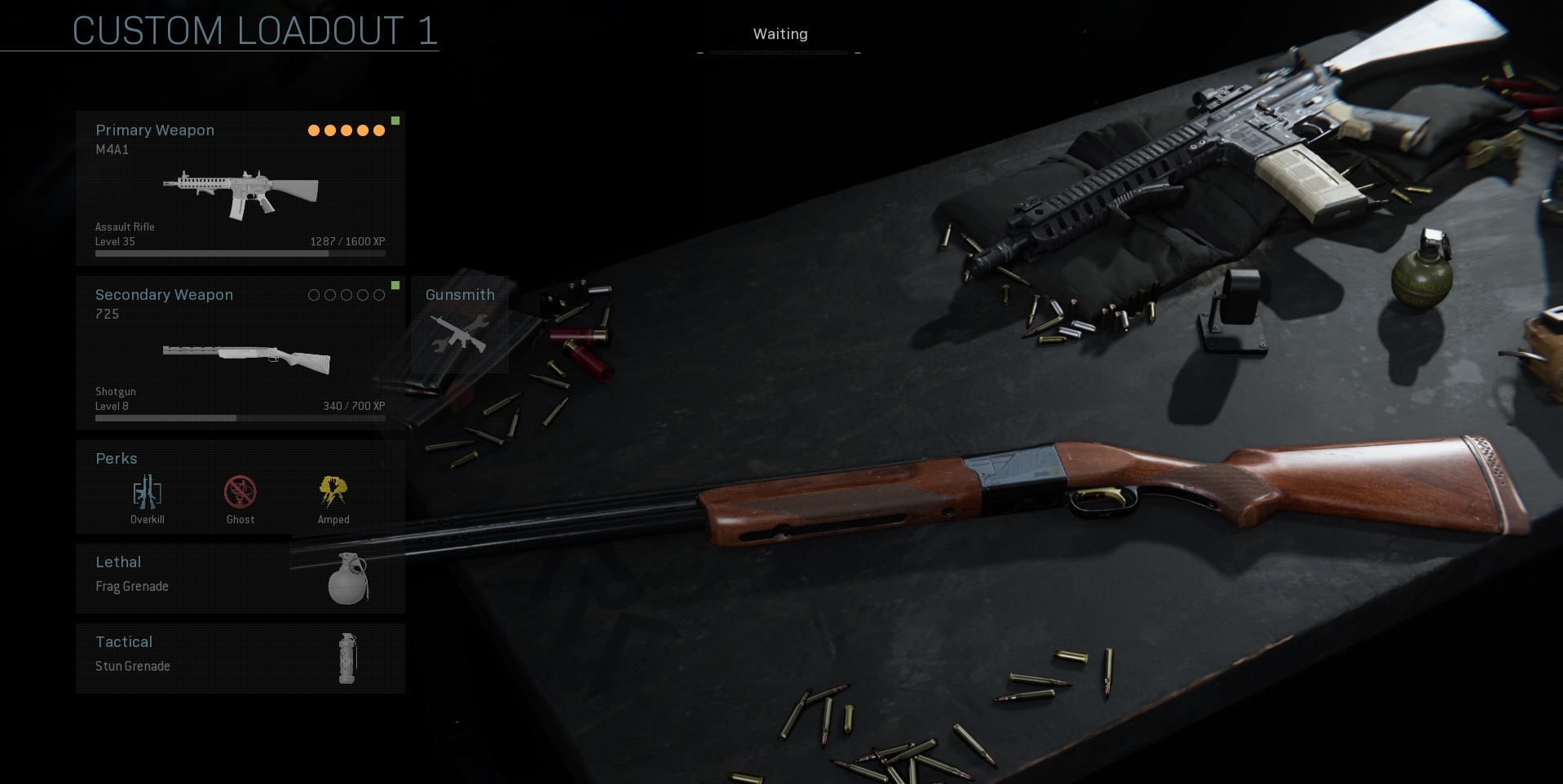 Overkill is a significant perk in Modern Warfare, even more so than in past Call of Duty titles. The lack of a pick-10 system means that there is a limit to the attachments you can put on the primary that’s being used as a secondary so that both weapons can be fitted with the max amount of attachments.

This is especially good for players who like to use the M4 in a particular way. Some options include a run-and-gun or tactical and long-range. This setup gives them the possibility of having a secondary weapon in case a close-ranged gunfight breaks out.

Run-and-gun players can use a Sniper Rifle or Marksman Rifle if they need to pick someone off long-range, while slower and more tactical players can use an SMG with a high fire rate or even a shotgun if they get forced into close-quarter gunfights.

Those running Overkill classes should strongly consider having Amped as their third perk, as it increases the speed of swapping between weapons. However, you can never go wrong with Battle Hardened either.

There you have it – the best classes to use for the popular M4A1 Assault Rifle! Now get back into the game, try these loadouts out, and let us know what you think!

Also, make sure to check out some of the other weapon guides we’ve done so far for Modern Warfare: