The Call of Duty World League has announced the talent lineup that will be handling the broadcast for the 2018 CWL Championships.

Played from August 15-19, the tournament will be the last and biggest of the current season, featuring 32 of the best CoD teams from around the world competing for a $1.5 million prize pool.

There are also one or more surprise guests that will be involved with the broadcast, although they are to be revealed later.

Here is the full list of members of the 2018 Champs broadcast team: 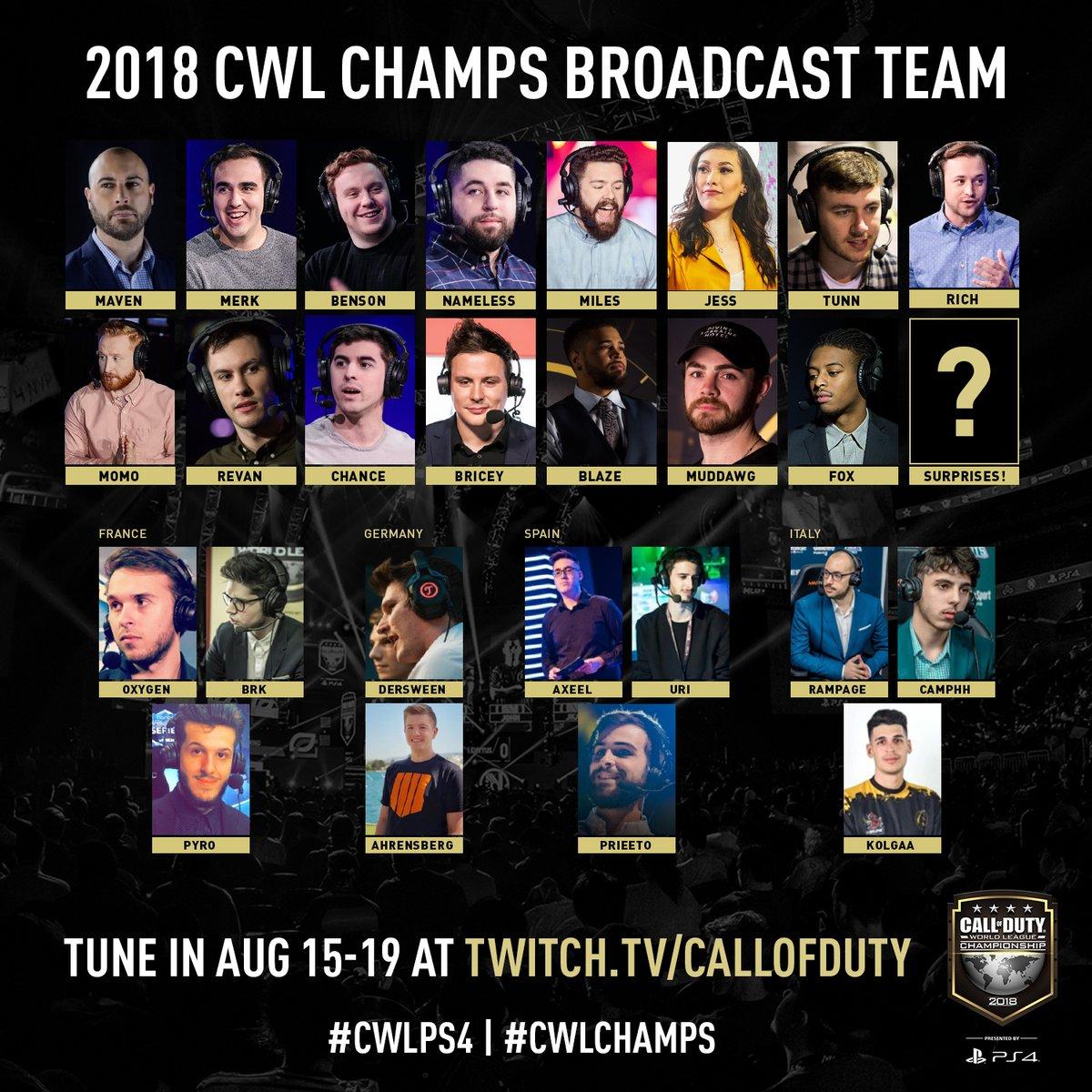 Although the surprise guest(s) will be revealed later, many in the comments section of the announcement are predicting it to be former CWL caster Jack ‘CouRage’ Dunlop.

CouRage himself commented a winking face on the post, suggesting that these predictions may come true.

Prior to switching to full time content creation and joining OpTic Gaming, CouRage was a staple at the caster’s desk of nearly every CWL event over the past 2+ years, with his call at the end of the 2017 Champs considered to be one of the most iconic in the esports history.