Following the end of the CWL Championship 2018, 100 Thieves founder and CEO Matthew ‘Nadeshot’ Haag has announced he is looking for a competitive Call of Duty team.

The former professional player has seen great success since creating his own organization, 100 Thieves, in April 2016, with teams competing in League of Legends, Fortnite and Clash Royale.

While Nadeshot did previously have a Call of Duty squad, acquiring the KingPapey team during the Black Ops III season, the roster did not perform well and only achieved the nickname ‘100 Losses,’ leading to its dissolution.

Despite the disappointing performance, Nadeshot has been vocal about wanting to return to his roots and pick up a new roster for the upcoming Black Ops IIII season, ideally with one of the players on OpTic’s 2017 championship squad.

Now the World War II season is officially over, with Evil Geniuses taking this year’s title, Nadeshot has revealed he is officially looking for players to create a 100 Thieves roster for Black Ops IIII.

He has encouraged players to contact him via direct message on Twitter who would be interested in joining the organization, whether they are a seasoned professional or an up and coming player. 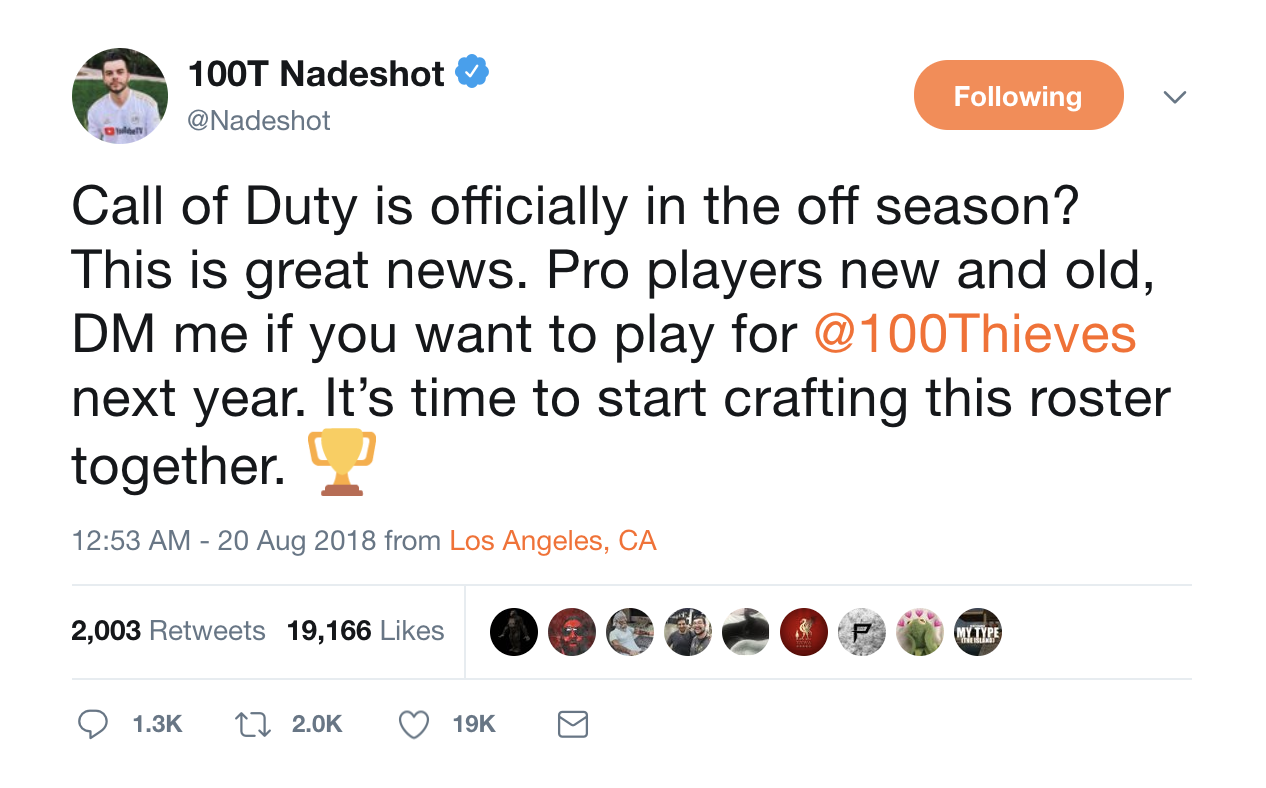 With 2017 world champion Damon ‘Karma’ Barlow not currently being part of a roster, and both Seth ‘Scump’ Abner and Ian ‘Crimsix’ Porter finishing in a shocking 17th-24th place at the CWL Championship, could we see one of the old OpTic squad join 100 Thieves?