100 Thieves took revenge over OpTic Gaming in the winners finals at CWL London, reversing the scoreline from the same matchup in pool play, and securing their first ever Grand Final in the process.

100 Thieves looked to be in formidable form at the previous event, CWL Fort Worth, but a terribly timed sickness for star player Preston ‘Priestahh’ Greener saw them forced to draft in their then-substitute, Maurice ‘Fero’ Henriquez.

They fell shortly afterwards, eliminated in 4th, but had shown that their full-strength roster was capable of beating the best, and now they had a chance to prove it at London. 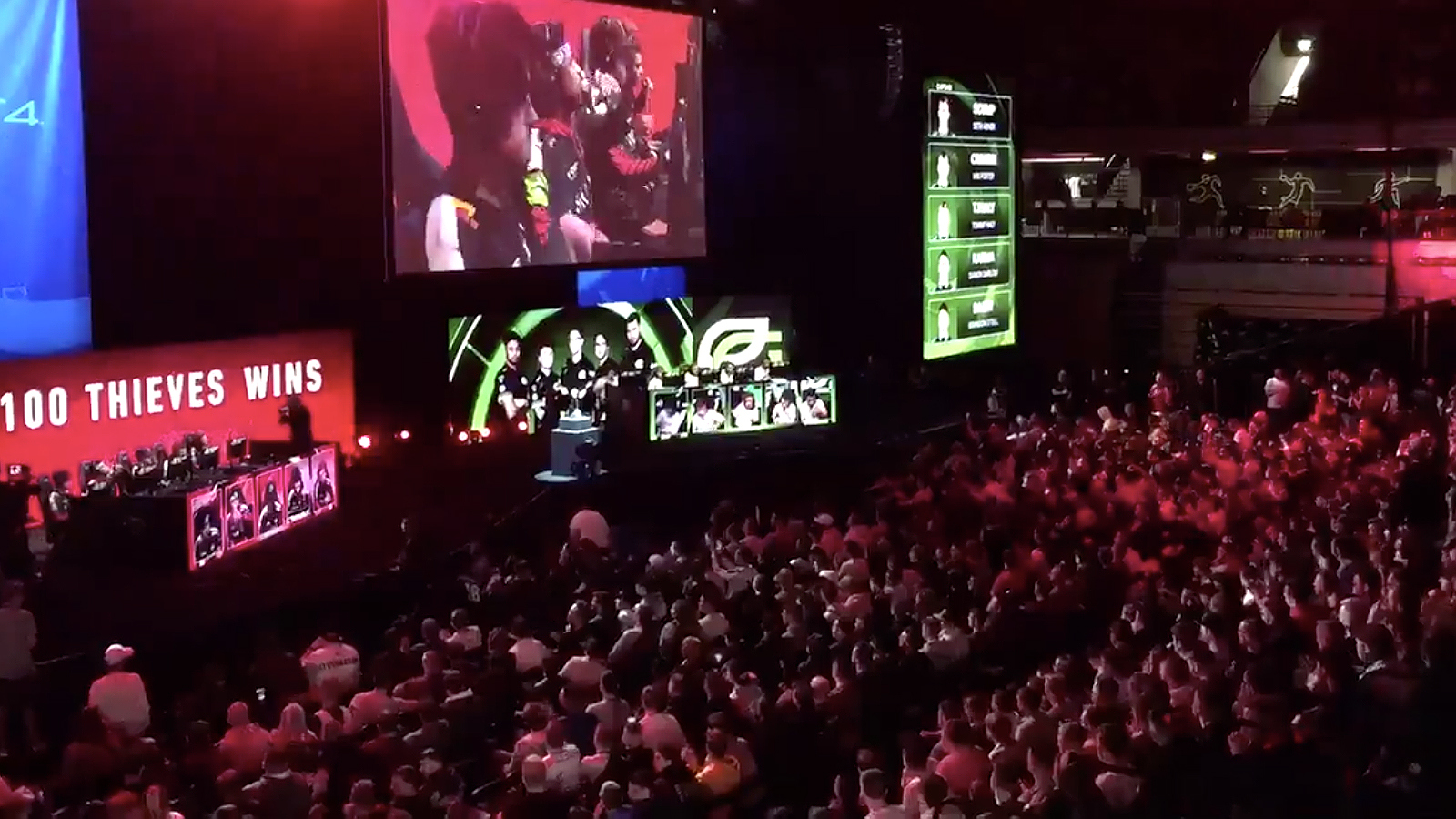 The Crowd was majority cheering for OpTic – but it didn’t phase 100 Thieves.

Despite losing to OpTic in the pool play stage, 100T’s veteran player Ian ‘Enable’ Wyatt said that the result didn’t matter, and that it hadn’t knocked their confidence. His squad proved him to be correct with a clutch 3-1 victory when the teams met again for a spot in the grand final.

They may have been outclassed in the Search and Destroy, but two hardpoint wins and a remarkable clutch in Control (with 0.3 seconds left on the clock) saw 100 Thieves secure the 3-1 victory.

The crowd was largely in OpTic’s favor, but the nail-biting conclusion to the control match had the Copper Box Arena on their feet, regardless that their favorites had lost the map.

OpTic dropped down to face eUnited in the Losers Bracket Final, and were still in with a chance of another rematch – even though eUnited would not be walkover.

Led by former OpTic player James ‘Clayster’ Eubanks, who is flanked by young talents in Simp and aBeZy, eUnited were hoping to make their second grand final of the season, having lost their first top OpTic at CWL Las Vegas.

FIFA 22 TOTS: How to vote for Team of the Season, release schedule & every squad