Twitch streamer Battlefield V Firestorm, but wasn’t completely sold by what he was seeing.

Firestorm was announced in September 2018 but has experienced major setbacks along its way to being released. The company has since been tight-lipped about the project until a trailer found its way onto the internet revealing more about where the game is heading.

While watching the trailer, shroud liked that Firestorm was taking traditional elements from Battlefield’s combat and applying them to the battle royale setting, but was apprehensive once he saw that another major feature would also be coming to the game. 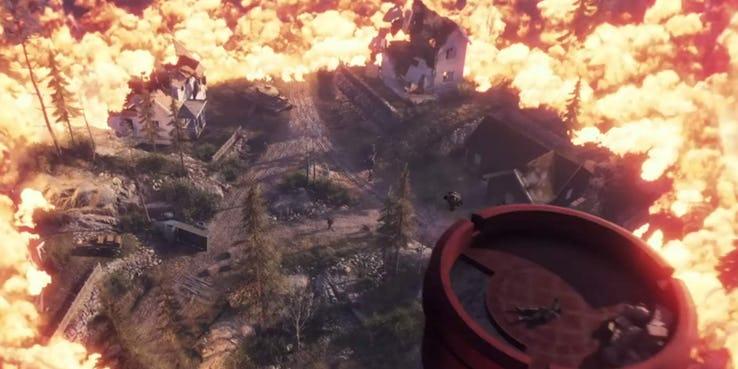 EA Dice looks like it’s getting ready to release one of the more intense battle royale settings to date.

Even though shroud will approach Firestorm with hopeful expectations, he thinks that the inclusion of certain vehicles could spoil the fun if the battle royale puts too much of an emphasis on them.

“The thing is I love Battlefield’s gunplay, it’s so fun,” shroud said. “So if Battlefield BR has enough of its gunplay and its not focused on fuckin tanks, then I’m down.”

(Timestamp at 3:26 for mobile viewers)

The leaked trailer revealed numerous vehicles that will make their way to Firestorm such as helicopters, jeeps, tanks and more.

It seems like vehicles could play a big part in Firestorm’s formula, which made shroud approach with much caution after seeing the armored vehicle prominently featured in the trailer, saying: “if [Firestorm] has too much focus on tanks and tanks are the primary focus of BR then I probably won’t enjoy it.”

While Firestorm is still in active development, it seems EA Dice already has some feedback to pull from in order to attract one of Twitch’s largest streamers.