Battlefield V has been out for less than two weeks and already Michael ‘shroud’ Grzesiek has broken the 100 kills in a round mark.

The former Counter-Strike: Global Offensive pro player, who is ridiculously good at any first-person shooter game he touches, recently joked that he was cheating at the game because he was so good. This new clip may back up his own bold claim.

Shroud, alongside former Cloud9 teammate Tyler ‘Skadoodle’ Latham, is playing the Conquest game mode on the map Devastation when he begins mowing down enemies.

Pushing the Library flag, Shroud gets closer and closer to the 100 kill mark with Skadoodle calling out how many more enemies are around him and Shroud’s chat also joining in with their own countdown.

Shroud gets his final four kills in quick succession – firstly spraying down an enemy pushing him to the right, before quickly transferring to killing the one pushing him from the left.

The former C9 star quickly bails out of the firefight to reload before heading back in for his final two kills.

He heads back to the right with Skadoodle calling out the last two kills he needs. Shroud finishes off an already damaged enemy before killing another who is doing their best to run away from the action with only seconds left before the round comes to a close.

Shroud gets the kill he needs to hit the 100 mark and celebrates, letting out a relieved: “Yes, yes, on the fucking money. Let’s go! Wooo.” 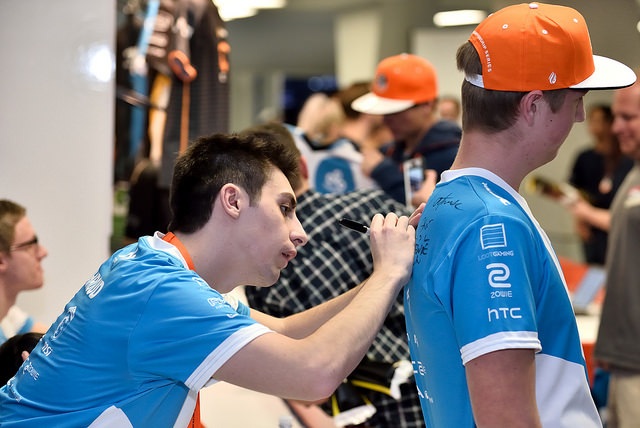 Shroud during a signing session when he was a Pro CS:GO player.
[ad name=”article3″]

The 100 kills overshadows an equally impressive round that Skadoodles pull out with the CS:GO Major winner tallying 72 kills.

Shroud’s mark more than doubles the third-placed player on his team who has added 49 kills of their own.

The full VoD is available on Shroud’s Twitch channel with the ridiculous round beginning at the 3 hour 30 minute mark.