How to unlock and customize vehicles in Battlefield V - Dexerto
Battlefield

How to unlock and customize vehicles in Battlefield V

Vehicles may not have as many specialization options as infantry weapons, but they still play a big part in who comes out on top in a match, so here’s everything you need to know to start using vehicles in Battlefield V.

Currently, vehicles in Battlefield V can only be simply unlocked through progression, with customization options coming to the game with the first chapter of “Tides of War”, which comes out on December 4.

The variety of options available to players through progression make playing vehicles more than worth it, though, even if you can’t fully customize them yet.

Like weapons, each vehicle in Battlefield V has it’s own unique specializations, like anti-tank mines and armor-piercing rounds, and are unlocked by using a specific vehicle during the game.

Players can also freely switch between specialization setups between matches, allowing plenty of opportunity for trial and error in finding the perfect setup. 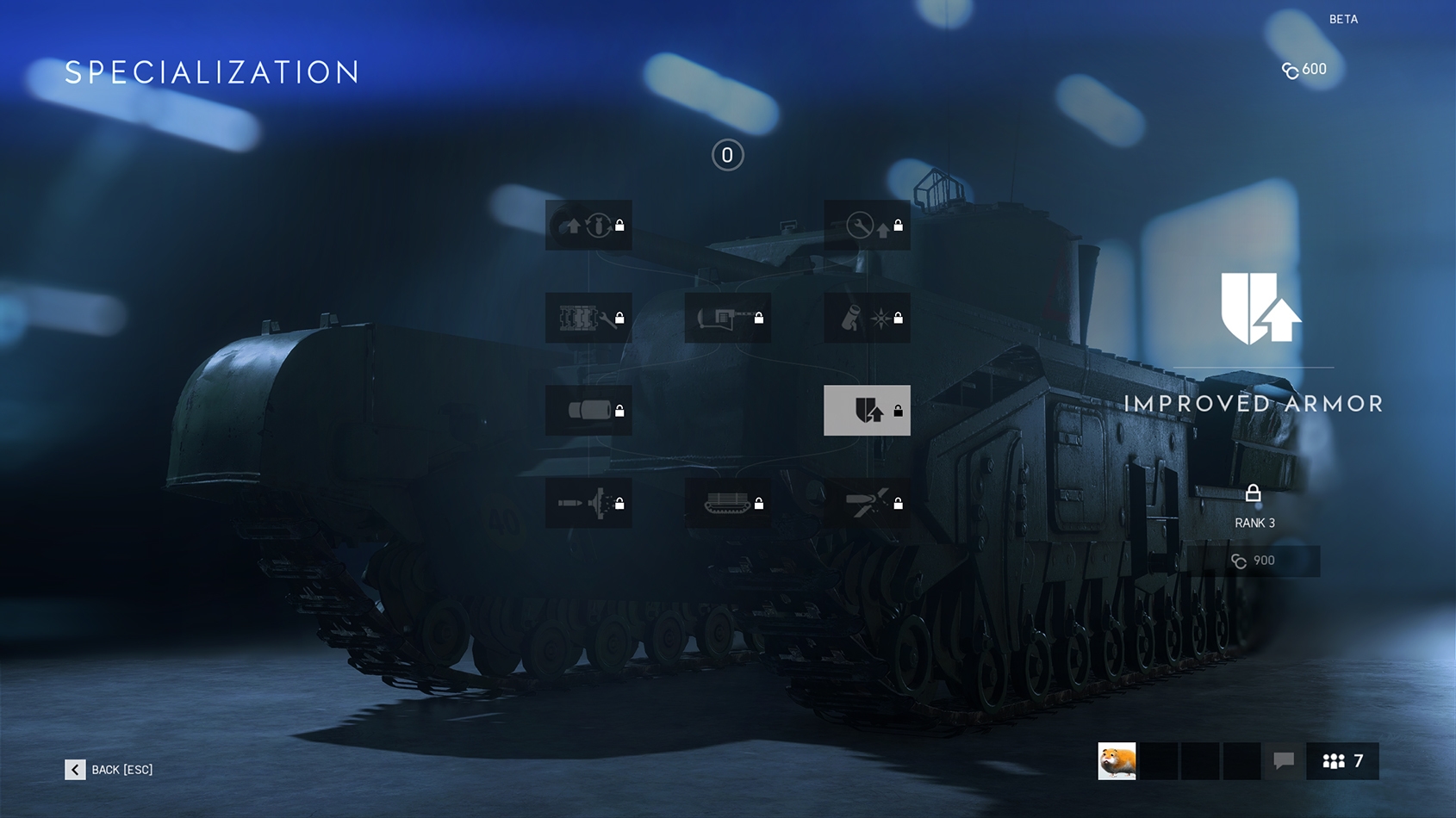 Battlefield V currently offers players 14 different land vehicles and 10 different aircraft to choose from, and there has been plenty of talk, but nothing confirmed officially, about DICE adding more of both to the game in the future.

They could be coming out along with the first chapter of the “Tides of War” game mode, which will have a new map called Panzerstorm, but DICE hasn’t confirmed anything yet.