How to best use the Battlefield V Assault Class - Dexerto
Battlefield

How to best use the Battlefield V Assault Class

The Assault class in Battlefield V is perfect for leading a team’s charge or smoking enemies out of dug-in positions, so it’s important for players to be familiar with the set of unique weapons and gadgets that come with the class.

The Assault is one of the go-to infantry classes in Battlefield V because it’s one of the best at close and medium-range combat, can use a wide variety of weapons and can take on various armored vehicles.

The main weapons for Assault all have great hip-fire stats and have pretty respectable range. These paired with the explosive gadgets of the class mean the Assault can stop an enemy attack in it’s tracks.

To unlock new weapons and abilities with the Assault class, players have to spend time playing the class to gain experience and level up, just like with any other class in the game.

Like all other classes, Assault has access to two different Combat Roles on release, with more to be added with the first chapter of Tides of War on December 4. These are the “Light Infantry” and “Tank Buster” roles. Light Infantry is available right away, while players will have to unlock Tank Buster at level 8. 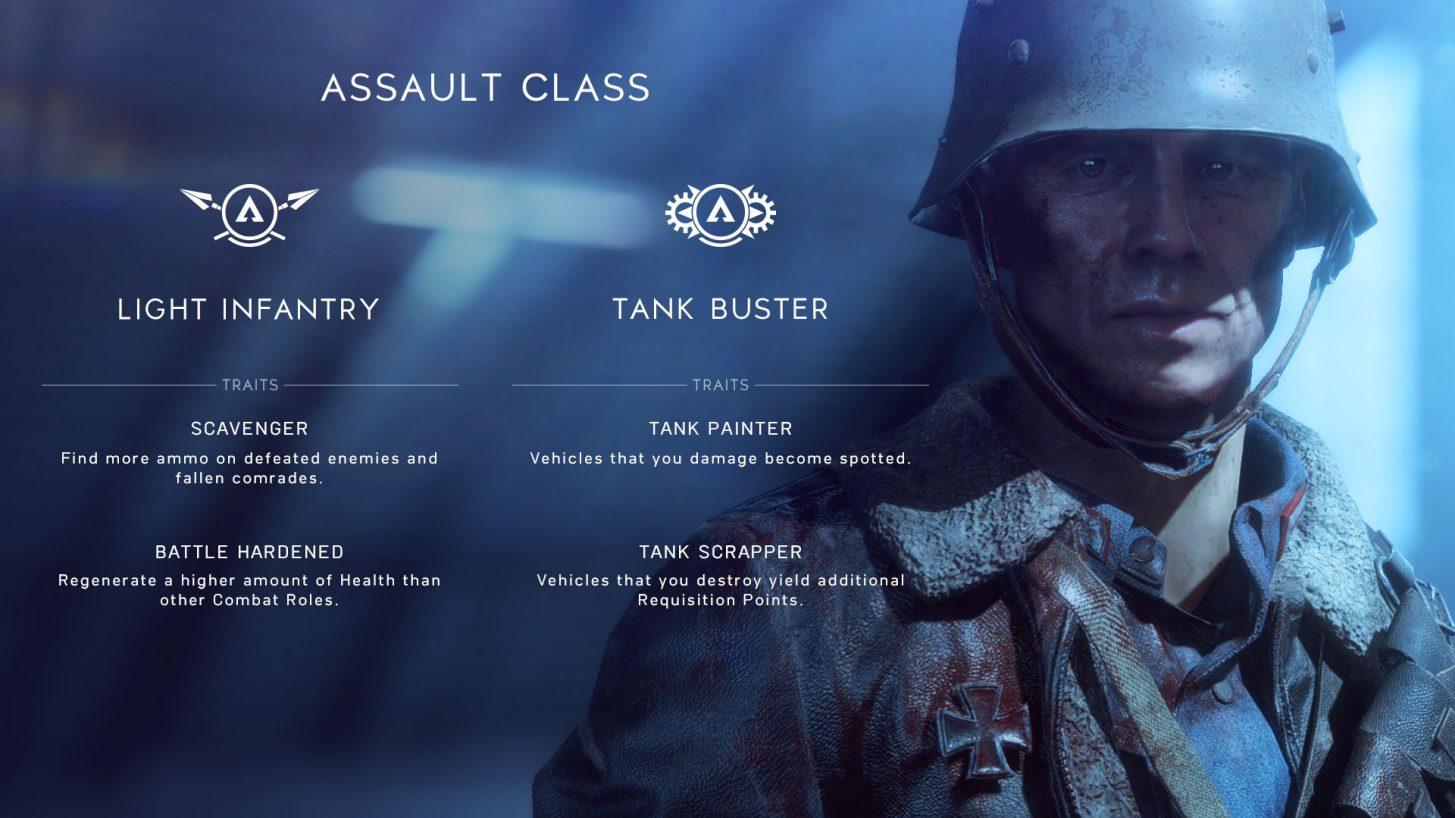 Light Infantry provides players with “Scavenger”, which provides more ammo from fallen enemies, and the “Battle Hardened” trait which allows Assaults to regain more health than other Combat roles.

Tank Buster, unlocked at level 8 Assault, gives players the “Tank Painter” perk, which marks enemy vehicles so they can be seen by teammates, and the “Vehicle Scrapper” trait, which grants bonus requisition when destroying vehicles.

Below are the main weapons available to the Assault Class, and what level they’re unlocked at:

Gadgets for the Assault class are unlocked just like weapons: by leveling up. Assaults start out with a Panzerfaust anti-tank gun, and can upgrade to a PIAT, a more powerful anti-armor weapon, after level 11.

The other gadget Assault starts out with is the sticky grenade, which works just how it sounds, the frag grenade rifle unlocked at level 4 and the Anti-Tank mine, unlocking at level 6.