The last Battlefield V update came out on February 11 and included the new game mode, Combined Arms. It has now been revealed that the next Battlefield 5 patch is set to come out the week commencing February 25.

When is the Battlefield V update coming out?

In a community update by DICE, Battlefield’s community manager, Jeff Braddock, revealed that the next update is on its way. This update will be called Lightning Strikes Update #4 and was originally expected to come out on Tuesday, February 26.

However, it would appear that it has been delayed until later as the Developers announced on February 25 that they’re still working on finishing the patch off.

The patch notes should be revealed before they get implemented into the game, so Battlefield players will be waiting eagerly to see what they reveal. Battlefield’s last update was February 12 and it was substantial. It even included the release of the new game mode, Combined Arms. 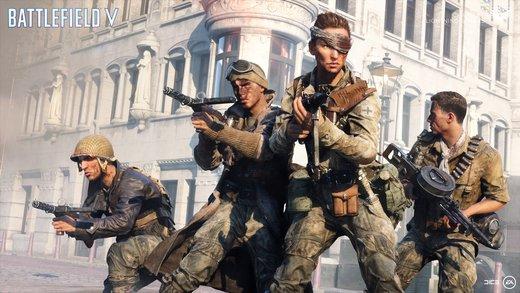 Combined Arms has failed to live up to expectations.

Combined Arms seems to have been a bit of a disappointment since its release, leaving Battlefield V players pretty unsatisfied. With this in mind, the Battlefield devs might be relying on their new battle royale game mode in order to retain their player base.

Firestorm, as the battle royale has been named, was initially delayed upon release. Battlefield fans are still awaiting news regarding Firestorm. With next Battlefield V update set to be released tomorrow, February 26, some fans are holding on to the hope that Firestorm will finally go live.

However, DICE previously announced that Firestorm would not be ready until March, so it seems unlikely that we’ll be getting our hands on it just yet, even with February coming to an end this week.

Any further details regarding the update, including the patch notes when that are released, will be added here as soon as they are available.

What are you expecting from Battlefield’s V next update? Will Battlefield need to implement a new battle royale game mode in order to be one of the best? Get in touch with us via twitter @bravoINTEL to check out these patch notes as soon as they’re released.