Community engagement manager at DICE, Dan Mitre, will be a guest on the Gamer Crossroads podcast on Sunday, September 17, discussing Battlefield V and answering questions from the community.

Battlefield V’s recent open beta had a mixed reception, and after the release date delay, which pushed the launch to November 20 from October 19, EA shares plummeted.

But Battlefield has a strong and loyal fanbase, which will be eagerly awaiting release, and despite the issues in the beta, there is still plenty to look forward to, both in multiplayer, campaign and of course the battle royale mode.

Battlefield fans will get a chance to put some of their questions directly to Mitre on Sunday, and there will undoubtedly be a lot of questions to be asked, particularly coming off the beta.

The beta was multiplayer only, and only featured two modes and two maps, which is a tiny segment of what is to come in the full release.

Plenty of guns, vehicles and equipment was available however, and weapon customization was even available in the beta, something DICE are putting extra emphasis on this year. 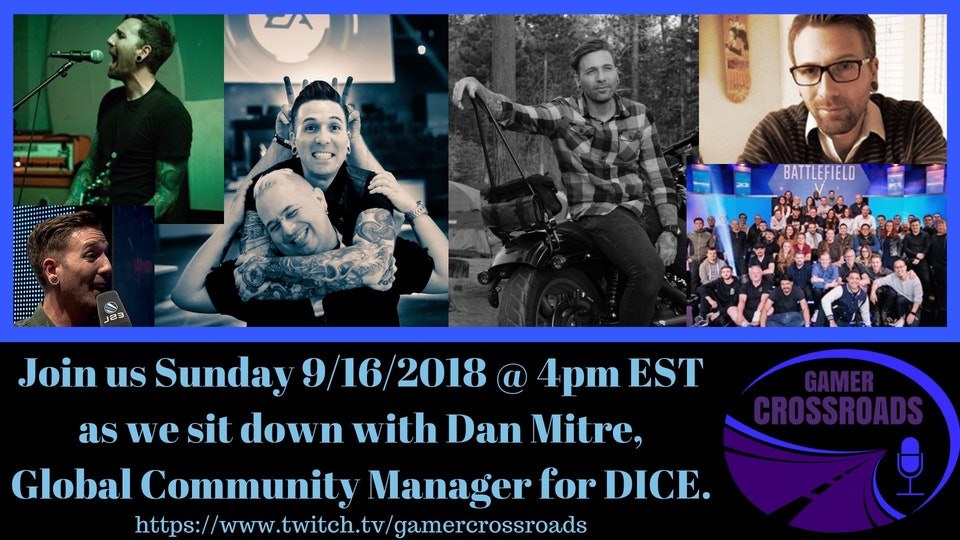 The Gamer Crossroads podcast will be live on Twitch on September 17, at 4pm EST (1am PT, 10pm BST), and we predict there will be a heavy focus on Battlefield V throughout, amongst other topics.

Because it will be streamed on Twitch, the podcast will likely take questions from the chat. You can watch live on Sunday from Gamer Crossroad’s Twitch Channel.