Streamer Félix ‘Apex Legends tournament after being sent to the loser’s bracket where he found a discrepancy in the seeding.

xQc had just come off a disappointing loss in the tournament when he discovered that the way teams filled the lower bracket didn’t line up with what he believed to be a proper double-elimination structure.

This led xQc to lash out at tournament for its “randomized dogshit” format which he thought was about to make them face tougher competition.

Although they had lost, they were put on a collision course to face the winner of Doc or summit’s team, when the other side of the loser’s bracket would have given them either Trainwreck or Imaqtpie’s squad.

“Wait why do we face Loser’s of 8,” xQc said in disbelief. “It should be – What?! Oh dude, I hate this randomized dogshit. The winner of the hardest matchup, should go against easier matchup.”

If he would have been placed where he originally thought his team should have been, xQc would have eventually played against Trainwreck’s team who managed to stave off elimination with 64 points in the second round of the Loser’s Bracket.

Since it didn’t work out like as he’d hoped, xQc squared off against summit’s team during the second Loser’s Bracket match and ended up losing 78-88. 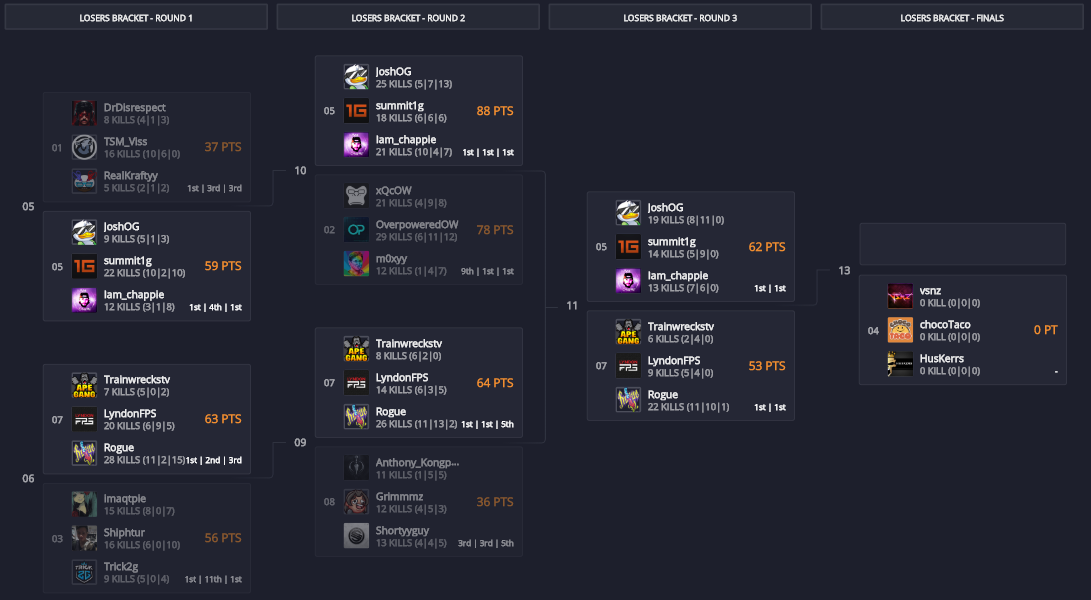 The aftermath of the seeding that saw xQc’s team eliminated.

Though it’s unclear what caused the discrepancy, at the time, xQc didn’t let it bother him as he recognized that they still had to win out to avoid elimination in a fiercely competitive lower bracket.