A quick redesign to the HUD in Apex Legends would drastically cut down the time needed to communicate between squadmates while looting.

Players who have spent a ton of time in King’s Canyon have grown accustomed to looting as quick as possible to stay ahead of the competition, but organizing ammo within a squad has proven to be a huge pain.

In a Reddit post, user ‘Bitchaloid’ drew up a couple of concepts that show a much more streamlined design for teams to communicate what ammo type they have.

Suggestion: Can we have an ammo type indicator in your HUD? So we know what kind of ammo to ping for teammates. from r/apexlegends

Though it’s a small change, the different concepts include a couple of ways on improving the current HUD in Apex Legends by adding ammo icons or a minimalistic design for better viewing.

In their concept design, the ammo icons would be clearly shown next to the player’s in-game name to the right of the mic icon. The other design simply shows a two-toned vertical bar representing the distinct colors of the different munition types of the weapons being carried.

It also helps that the ammo icon placement is right next to where players would be able to see if someone on their team started shooting. 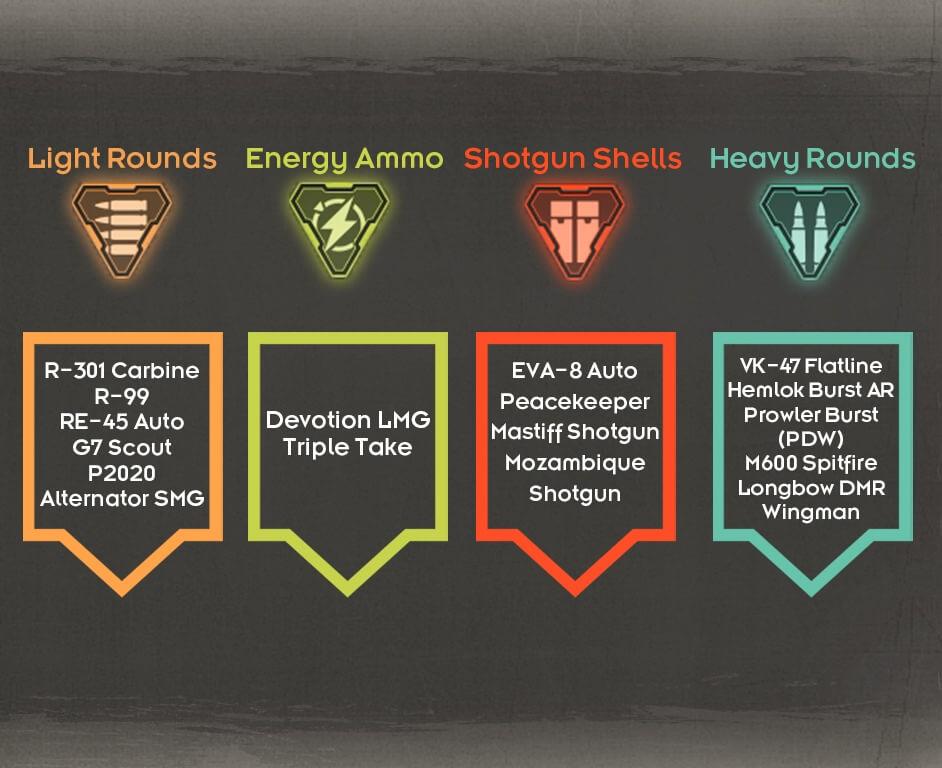 The ammo icons are distinct enough to make them out on the fly if they were located on the HUD.

Some commenters found the change a bit unneeded since a simple voice comm could easily transmit the info in the concepts, but players have found that talking to teams with mics isn’t always ideal.

“The voice chat sound quality in this game is so shit, 90% of the time I can’t even understand what my teammates are saying…” Bitchaloid said in reply to someone who suggested just vocalizing ammo needs. “I really can’t see a reason why NOT to have this in the game, it’s a simple quality of life thing.”

Since launch, Apex Legends has given players ample amounts of communication features, primarily a bevy of pings for different aspects of the game. But adding ammo icons to the HUD would do away with the need to check and double check with someone on what gun type they’re equipped with.

Players looking to have information about their squad more readily available could have a huge use for the added icons in the HUD.