Twitch streamer Michael ‘Apex Legends, and all they have to do was wait.

Apex Legends released on February 4 without any prior announcement, and has quickly become the biggest game of 2019 so far, with over 25 million players trying it out in the first week.

With so many players enjoying the game, that means more people hungry for new content like a Battle Pass and new legends. According to shroud, all that and more is coming, but fans just have to be patient.

During a recent stream shroud told viewers he had seen content in Apex Legends, which he had helped with during development, that wasn’t even in the current version of the game yet.

“I can tell you this much ok?” He said in response to a fan question.  “I saw shit 10 months ago in this game, that isn’t even in this build, alright?”

Just exactly what features shroud could be talking about are still unknown, but he assured fans they would be worth the wait.

“There’s gonna be some shit,” shroud said on stream. “Just wait, be patient.”

In a roadmap for Apex’s first year, publisher Respawn Entertainment promised a Battle Pass and the launch of the first season beginning sometime in March. 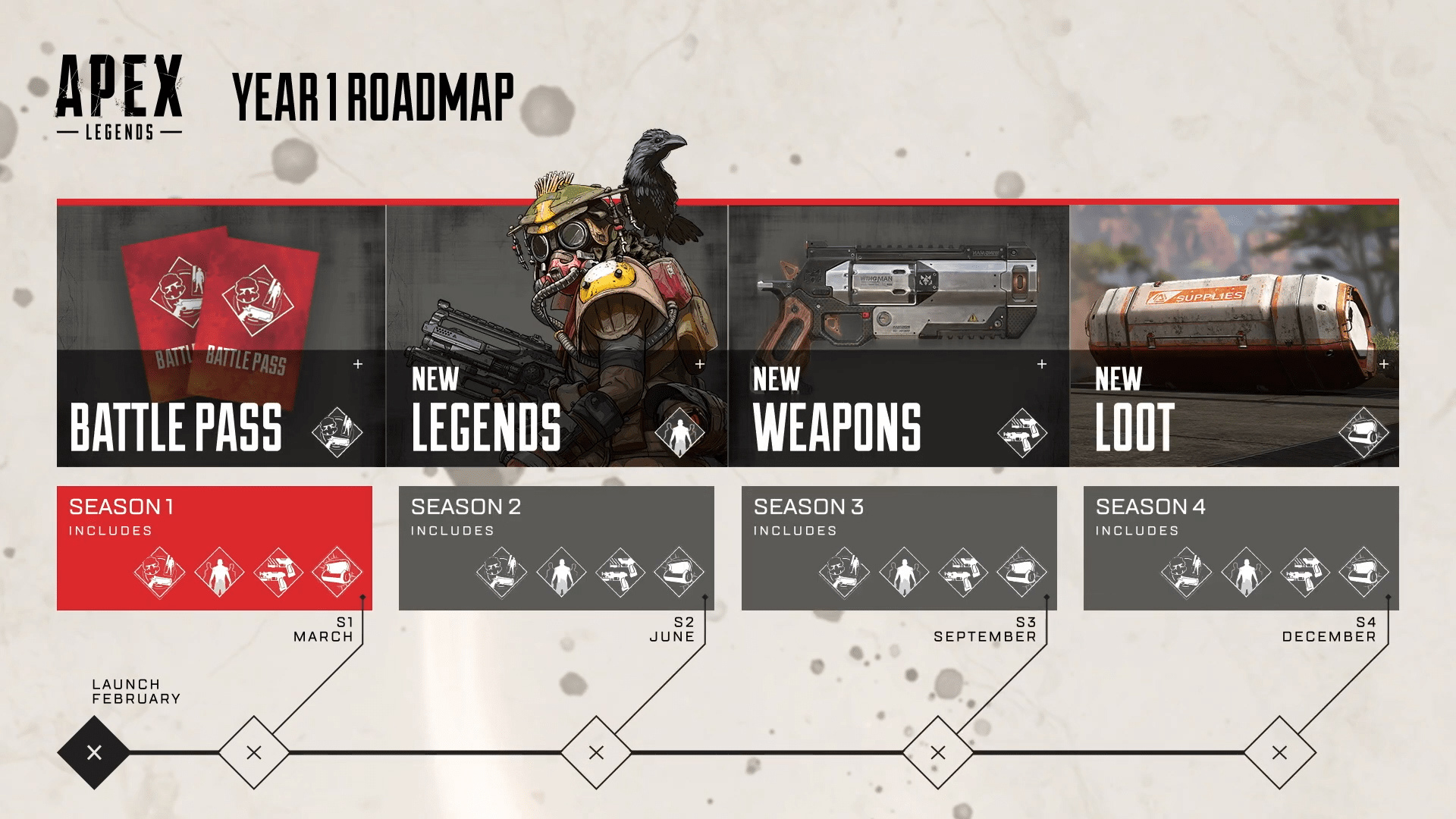 The road map for the first year of Apex Legends.
[ad name=”article4″]

Shroud himself even hinted that the season pass was coming soon towards the end of February, but at the time of writing, the pass still isn’t out.

To go along with the release of Season One, the Battle Pass has to come out sometime in March, just exactly when that is is up to Respawn.