A bunch of terrible new Apex Legends exploits have been discovered, which allow players to potentially fly around Kings Canyon for the entire game, reduce animations when shooting, maintain unlimited ammo and more.

The terrible tactics have been showcased by former Overwatch League professional player Lucas ‘Mendokusaii’ Håkansson, who currently holds an Apex Legends world record – having recorded the most solo eliminations in a single match.

Mendo posted a video to his YouTube channel, walking through the exploits in-full. Firstly, when clicking the right buttons, he explains, it allows players can boost themselves high into the sky over and over again.

Apex Legends has attracted over 25 million players since launch, but how many know about these exploits?

Whether or not this walkthrough will increase the use of the exploits remains to be seen. However, he seems to have uncovered them with the right intentions in mind.

“This is by no means intended to be in the game,” Mendo wrote in his video description. “Use at your own risk. The main point of this video is to hopefully get the devs attention and get this hot fixed Immediately as this is game breaking.”

(For mobile readers, the explanation of the flying exploit begins at 3:45 in the video below)

This wasn’t the only potential exploit uncovered in Mendo’s February 22 video, of course. Around the eight minute mark he uses a number of different Apex Legends weapons to show other “broken” issues with guns.

He holds down the shoot button and swaps weapons once he reaches the end of the first mag, which allows him to switch to his secondary weapon and continue firing without a reload animation getting in the way. 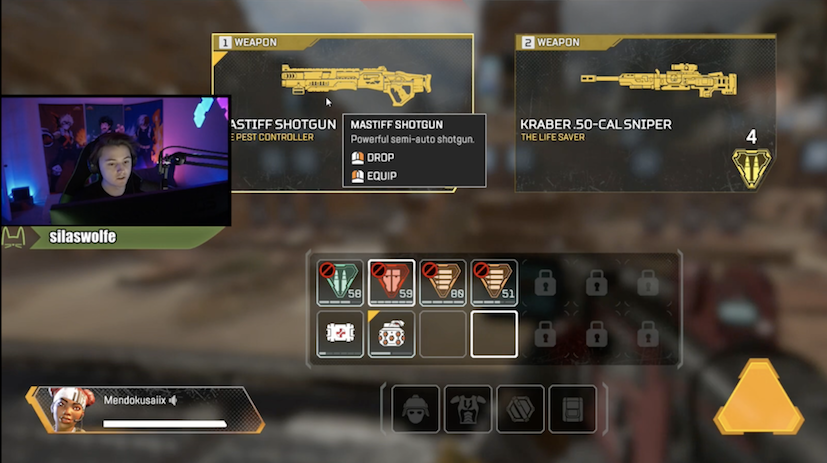 Moving around your weapons can give you unlimited ammo.

Not just that, though, but he also shows how simply swapping weapon slots can allow you to have unlimited ammo for legendary weapons too. Clearly, this is not supposed to be in the game.

Whether or not these exploits and bugs will be patched in Apex Legends remains to be seen, but the issues are now there for all to see, thanks to Mendo.