A new Apex Legends glitch has appeared that makes enemies completely invisible in-game, putting some players in sticky situations where they don’t know where they are getting shot from.

Invisibility in games like Apex is usually the work of an ability or hacks. If it’s the latter, it makes for an infuriating experience for players, who have no idea where they are getting shot from, and dying without a chance to fight back.

However, there’s now a new glitch that can make any player invisible at any time, leaving players scratching their heads when it happens to them.

Mirage is meant to go invisible, but this player wasn’t.

Reddit user ‘Styxvfx’ shared his experience with the glitch, getting ambushed by an invisible player while looting in the early game.

Both of their teammates got downed by a barrage of bullets with no traceable origin, making it almost impossible to figure out where he was getting shot from.

Styxvfx was the next target, with the invisible player creeping up on the Wraith, who was confused as to what was happening right before his eyes.

There’s just too much glitches in this game right now. Now we have Invisible players from apexlegends

He did manage to fight back, tracing the bullet trails to try and take a duel with the enemy. He even came out on top, thanks to a nice spray with the R-99 and a couple of shots from the Wingman, before moving over to revive his team.

Killing an invisible player is an achievement in itself, however how the glitch happened in the first place remains a mystery.

It could have possibly been a glitch with Mirage’s Vanishing Act, or even a Wraith coming out of Into the Void. If it wasn’t ability-based, it could be as simple as the character model not loading in. 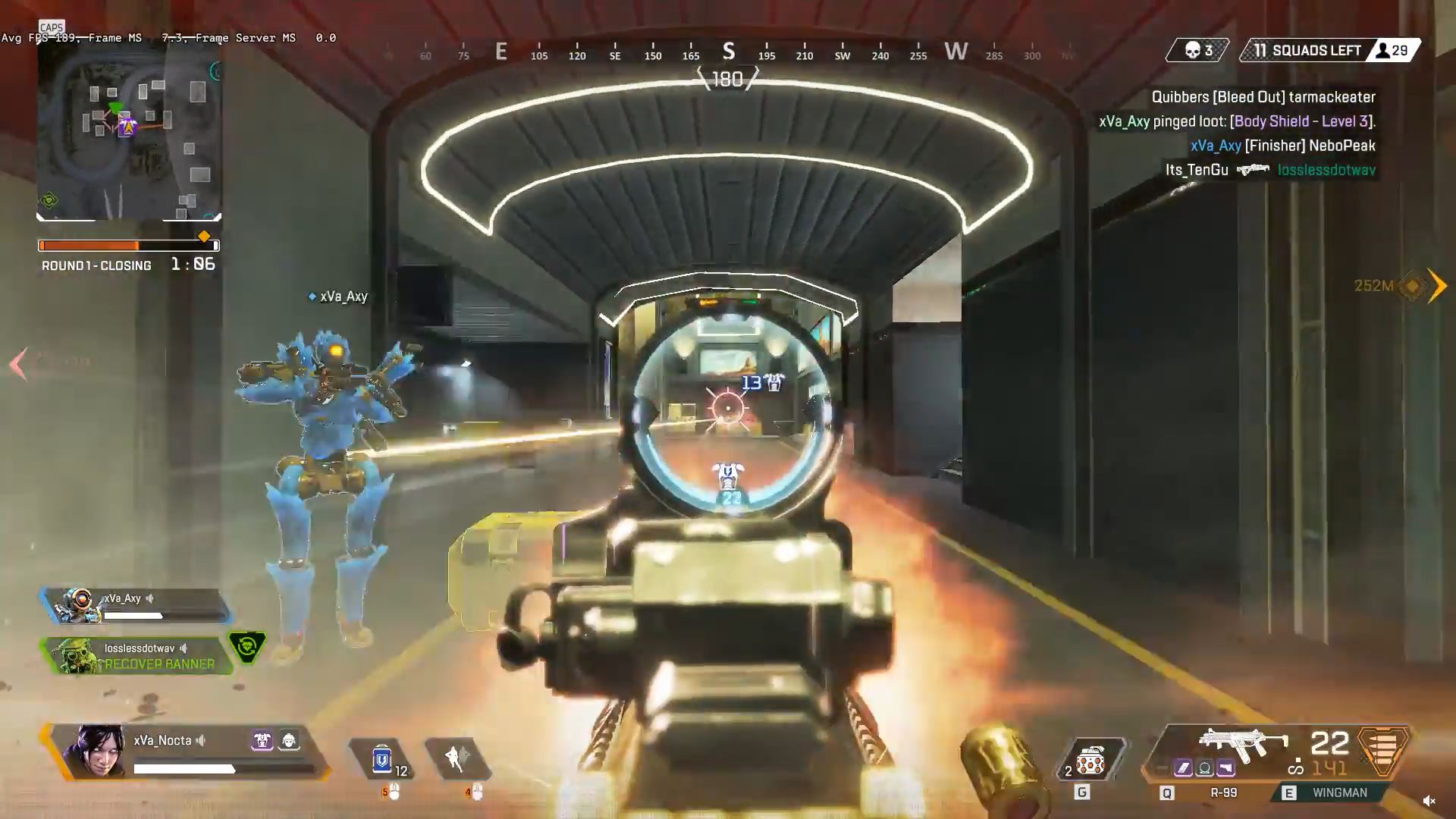 How do you fight back against something you can’t see?

Apex Legends bugs have been popping up left, right, and center with some of the recent changes. Styxvfx himself experienced a bizarre hit registration glitch, where his bullets did no damage despite clearly hitting the enemy.

A Pathfinder player also found himself trapped inside a wall after taking a Wraith portal, ultimately leading to his demise.

With the next update planned for December 3, hopefully these major game-breaking bugs get patched out, so players won’t have to worry about invisible foes stepping on their toes every game.