A large number of 50 million players in the space of a month, showing how quickly player’s latched on to the battle royale title.

With the incredible number of players jumping onto the game, it’s no surprise that a portion of players were attempting to cheat in search of a victory in King’s Canyon. 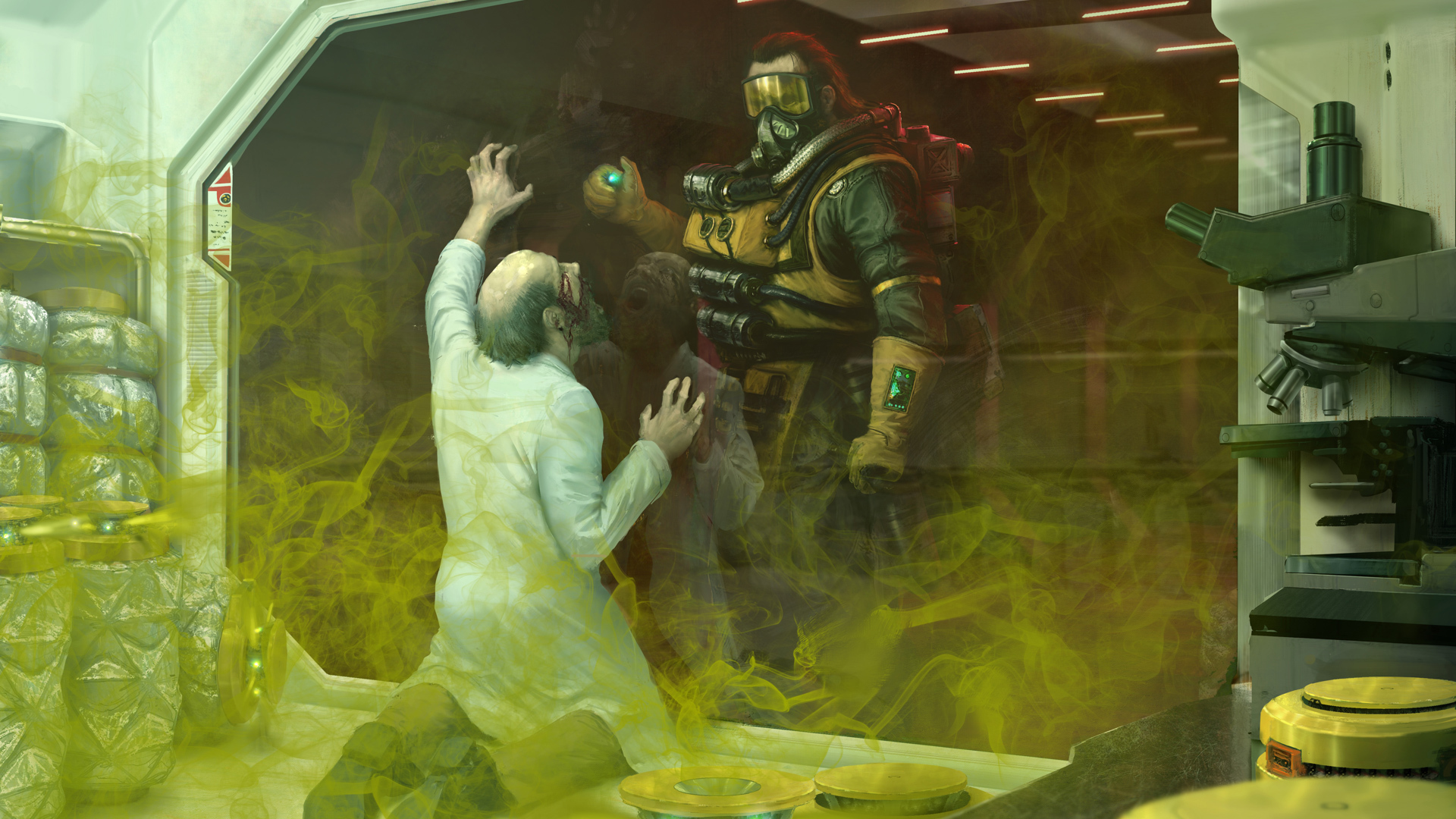 Some Apex Legends players have been using cheats to gain the upper hand over their opponents.
[ad name=”article2″]

What did Respawn do to combat Apex Legends cheaters?

Over the past few weeks, Apex Legends players have been complaining about the frequency with which they were running into players using hacks or cheats to give themselves an advantage in the game.

In response, Respawn Entertainment released the v1.1 update on April 3 that included fixes and improvements designed to specifically take aim at those attempting to cheat – and appear to have issued a large number of bans to those who had been partaking in these activities, which violates the rules of Apex Legends.

How did Apex Legends hackers take their bans?

Unsurprisingly, not particularly well. In screenshots taken from an Apex Legends cheat forum, a number of players who have used the ‘Chams’ cheating program can be seen complaining that Respawn Entertainment have banned their account, and have moved quickly to remove any new accounts they may create.

A Reddit user named ‘terere’ managed to gather a couple of images from the forum that shows their reaction. 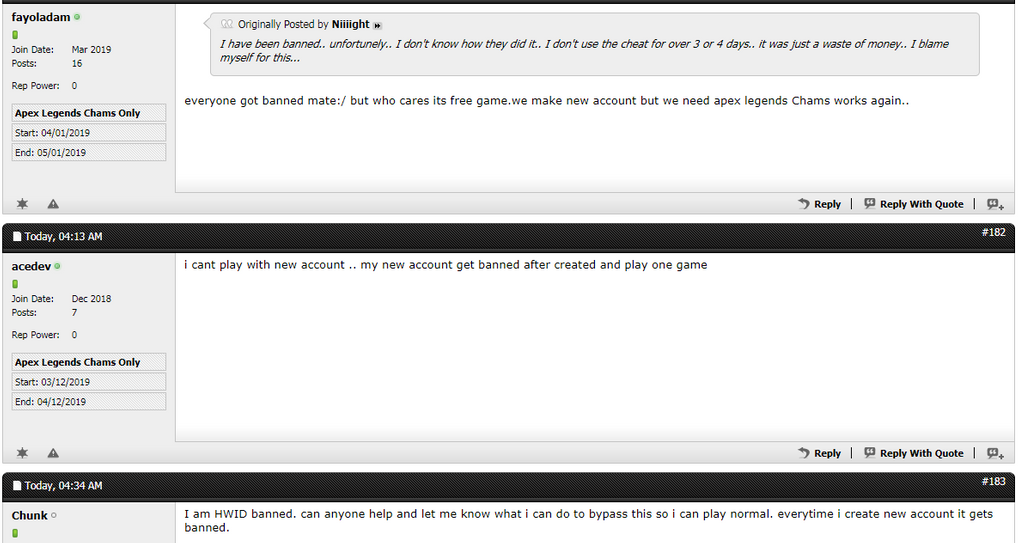 Apex Legends cheaters were complaining that they couldn’t create new accounts to play.

Others were upset after appearing to spend money on the program they used to cheat, with one lamenting that it was “$27 well spent”. It appears that the game is able to detect whether the Chams cheat program is installed regardless of if the program is online or not. 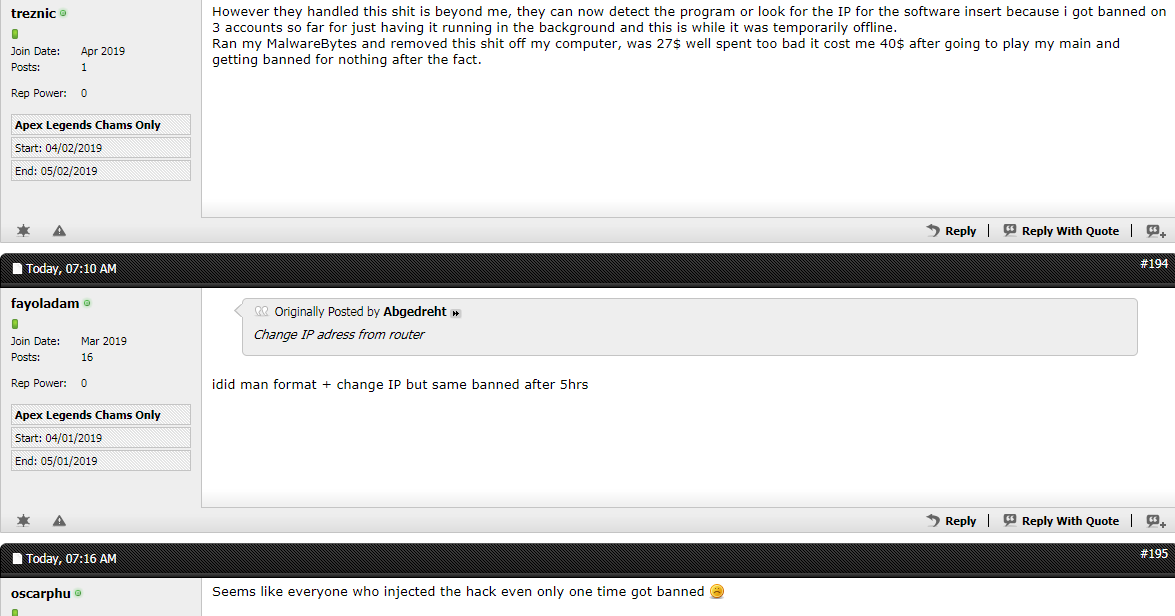 Another Apex Legends cheat was disappointed that he wasted $27 on the program.

For players who want to report Apex Legends cheaters, Respawn made it a lot easier to do so with recent updates. Before, players would have to go through the EA website to file reports against players and cheats.

While the lack of built-in reports has caused frustration among Apex Legends fans up to that point, an in-game reporting function has been added in with recent updates and update 1.1 allowed players to select ‘Cheat’ or ‘Other’ when reporting players on PC. The current number of banned players is currently unknown, but it’s possible that Respawn Entertainment will release the statistics.