With Apex Legends being still just over two months old, it has a lot of room for improvement, and one players has proposed an idea that would make matches a lot more exciting.

There is no doubting that a lot of matches in Apex Legends have the tendency to become slightly boring, especially during the middle stages.

According to superstar streamer Shroud, this happens because too many players die too early during matches, causing the middle phase to drag on with little to no action.

In order to counter the stages of matches that can start getting boring, Reddit user ‘Kialand’ has proposed an improvement to how the Kill Leader works in Apex Legends.

As the name suggests, Kill Leader is the title given to any player in a match that has the most kills out of anyone on the map, and the only way they can lose this title is if another player surpasses their elimination total.

The proposed mechanic, which is very complex and multi-faceted, would essentially allow the Kill Leader to earn a sizable XP bonus but at the cost of revealing his or her location on the map. 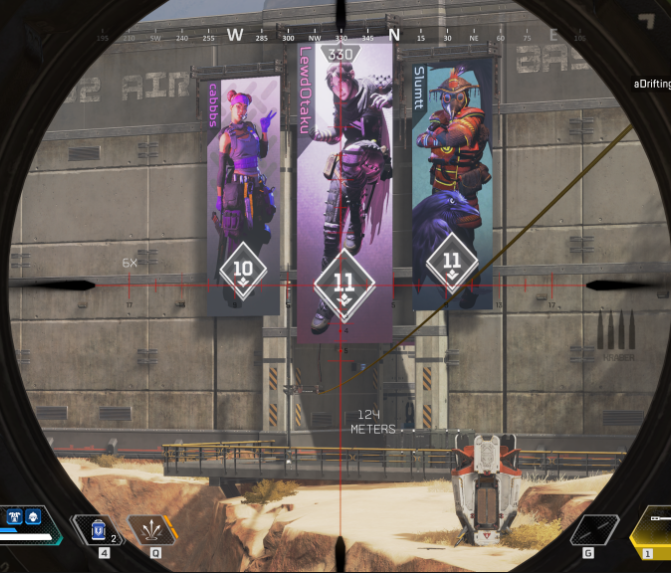 The active Kill Leader is always displayed by the large banners that hang from cliffs during matches.
[ad name=”article3″]

The way this mechanic would work is the Kill Leader, who must be out of combat, would be given the option of “issuing a challenge,” which involves pinging his or her location for all enemy players to see for a seven second period.

In exchange for this risky decision, the Kill Leader would earn 2.5% Time Alive XP bonus for him or herself and an additional 1% XP bonus for all teammates.

If an enemy player manages to take down the Kill Leader within 90 seconds after the “challenge” was issued, then the whole squad would receive a 1.5% XP bonus at the end of the match.

Being the Kill Leader should make it feel like you are a High Risk, High Reward Target that should be hunted, feared and respected at the same time. Give the Kill Leader the option to gain a Time Alive XP Bonus, at the cost of pinging his location on the map to every other enemy still alive. from r/apexlegends

Why this could be a good idea

In addition to explaining all of the details of how this new mechanic would work, the Reddit user also gave insight for why the idea might really help improve Apex Legends.

As a result, it would promote players to try and find teammates to play with rather than queuing in solo all the time, as they would then never be able to enjoy issuing challenges as the Kill Leader.