Apex Legends might not have quite reached the popularity of the Borderlands franchise yet, but the idea of fusing both of these games together looks to be a very popular prospect indeed.

Gearbox Software revealed a brand new Borderlands 3 trailer on April 3, as well announcing its release date, and it hasn’t taken fans long to start thinking about potential crossovers the game could get involved with.

Fusing together both the iconic soundtrack from the original Borderlands intro and a number of Apex Legends characters who have established their own cult fanbases – such as Bloodhound, Bangalore, and others – one fan has managed to piece together an introduction video that will leave you pining for both worlds to clash in the future. 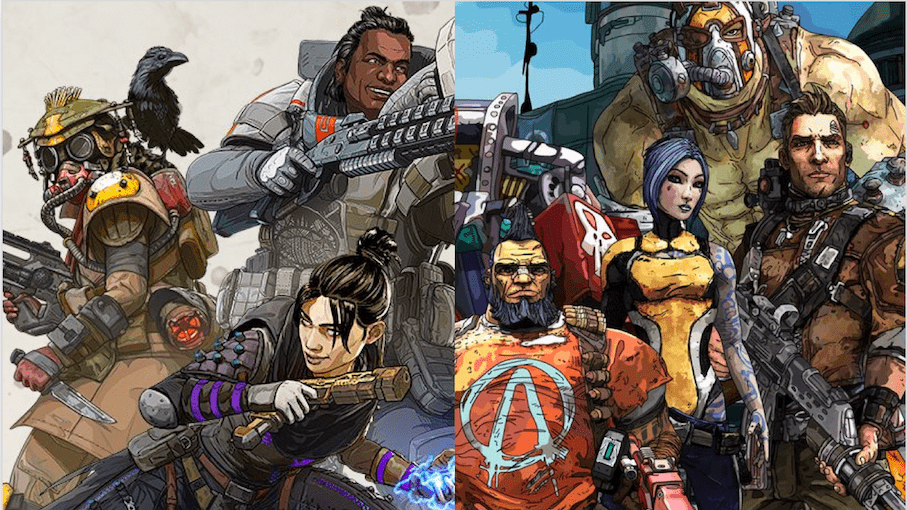 What would an Apex Legends and Borderlands crossover look like?

With Cage the Elephant’s ‘Ain’t No Rest For The Wicked’ playing in the background and some interesting shots of the legends’ finishers, the intro left a number of fans wanting more from this potential crossover in the future.

The intro was posted to the Apex Legends subreddit by its creator, Reddit user McArctico, who claims to have put it together on his handheld device and admits – after some suggestions were pinged in his direction from other fans – that improvements could be made.

Further crossover videos could be on the way

While feedback was generally positive, though, some eagle-eyed fans of the game wanted to see a few more voice lines presented during the video, among other minor details that perhaps could have been included.

“I will try to do it again, since I did it from my phone,” McArctico posted. “Thanks for the comments that gave ideas to improve it. I will keep everything in mind.”

Nevertheless, the majority of the game’s online community were delighted by the effort, some fans asking for a collaboration between the two.

Whether or not that would ever come to fruition is unknown, but it won’t stop people from thinking what it may look like if those from Kings Canyon and Pandora ever crossed paths.