Apex Legends is hosting a Twitch Rivals tournament to give competitive players a chance to qualify for their TwitchCon San Diego event and fans can watch along as the action unfolds.

The tournament is taking place across two different days of competition, and is running between August 28 to 29, bringing together over 100 streamers from both North America and Europe.

With a place at the TwitchCon San Diego tournament up for grabs, which has a whopping $500,000 prize pool, players are competing to get as many eliminations as possible in order to qualify – and some have already qualified. 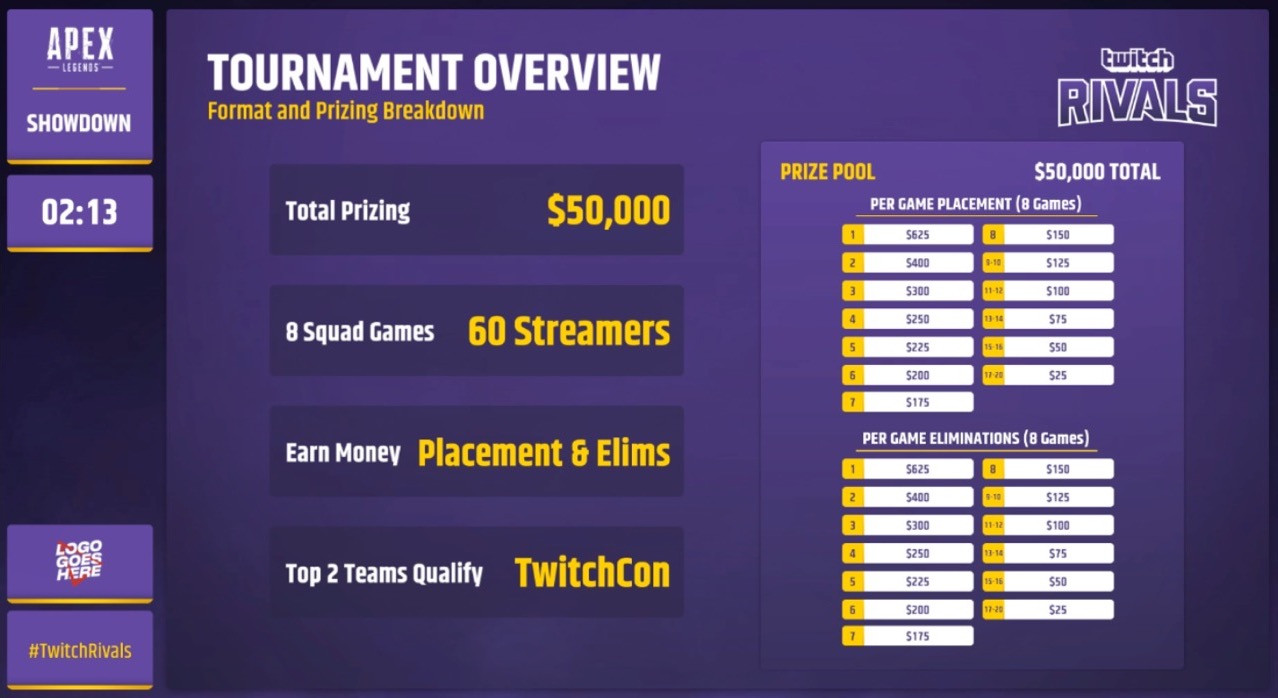 Teams collect points for finishing in first place in matches just as equally as the squads who picked up the most eliminations, and that point scoring system works out the most productive teams across eight games.

Prizes for both achievements is also the same, with successful teams picking up $625 for winning matches or getting the most kills in a single game. While this prize pool might seem small compared to other esports, let’s not forget that this is still in qualifying.

If you would like to follow the action as it unfolds, it starts at 11pm BST on August 29 (6pm EST, 3pm PT, and 8am AEST on August 30 ). The tournament will go live on the Twitch Rivals channel below.

The first day of play is now complete and the top two teams from Europe have been crowned the winners, confirming their place at the San Diego TwitchCon event – running between September 27 and 29.

The official Twitch Esports Twitter account congratulated the winners soon after the final games came to a close, with the next rounds commencing the next day.

Congrats to the Top 2 EU teams heading to San Diego from Day 1 of @PlayApex Road to @TwitchCon Showdown! #TwitchRivals

It didn’t come as much of a surprise that NRG’s Ace, dizzy, and Mohr stamped their ticket to San Diego, and they will be accompanied by Sentinels’ Zombs, Telen, and SENOXE1.

GGs to the Top 2 NA teams heading to @TwitchCon San Diego to compete for $500K! #TwitchRivals

The $500,000 Apex Legends tournament at TwitchCon is already shaping up to be a must-watch event, considering the caliber of players that will be competing.

As always, we will bring you complete coverage of the competition when it kicks off.