BoomTV have put together another running of their popular Code Red tournament series featuring Apex Legends, which will distribute money to both charity and the winning teams.

With so many people stuck indoors nowadays, the number of online competitions for popular games has skyrocketed, the latest being BoomTV’s March 26 Code Red tournament for Apex Legends.

The event features several of the biggest names in the online gaming community and a $300,000 prize pool, $250,000 of which will go to charities offering relief in the wake of the ongoing global health crisis.

Everything you need to keep up with today’s Code Red action can be found below, including several streams, the teams, format, prize breakdown, and more.

When is the Code Red Apex Legends tournament?

It’s being livestreamed on BoomTV’s official Twitch channel, which we’ve included below. Most of the participants are broadcasting their POVs from their own personal channels, several of which we’ve also included.

The standings for today’s tournament are provided by BoomTV, who are updating it live throughout the day as results flow in. You can find the most up-to-date standings on the Code Red Apex Legends web-page here.

There are 30 teams competing in today’s event, each composed of three players, including some popular streamers, content creators, and even Super Bowl-winning running back CJ Anderson. 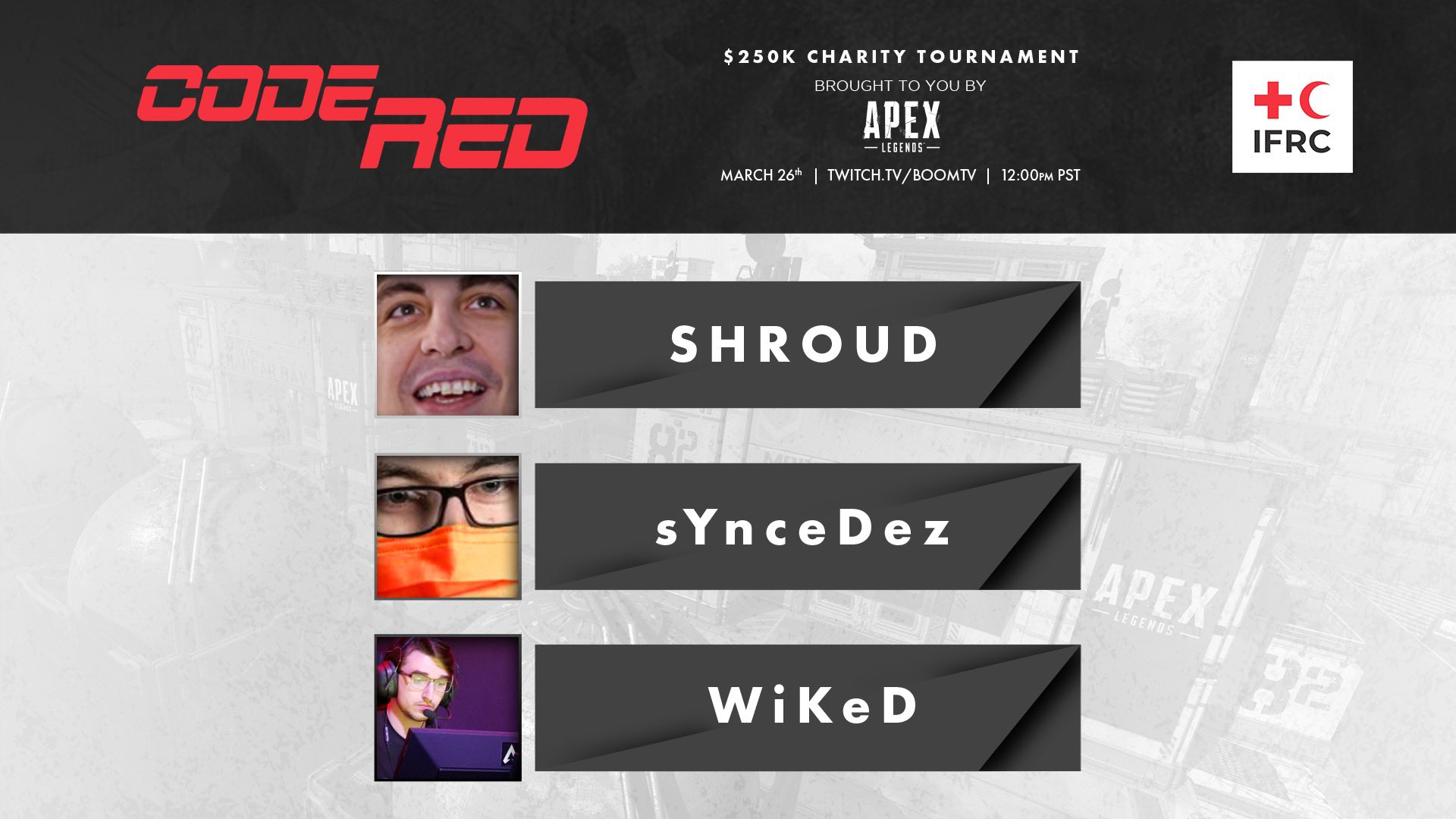 Unlike most previous Code Red tournaments, the March 26 running doesn’t feature a bracket, instead pitting all of the teams against each other in a ‘race against the clock’ type format.

All squads have four hours to queue into matches and get as many eliminations as they can. Leaderboards are determined by kills only, and since wins/placement don’t award points, teams have the option of leaving matches early if they feel it offers them a better chance at getting more eliminations.

After the four hours, each team’s five highest kill games will be eligible, and the squad that has the most eliminations will be declared the winner.

If there is are any ties, they will be decided by the following tiebreakers: 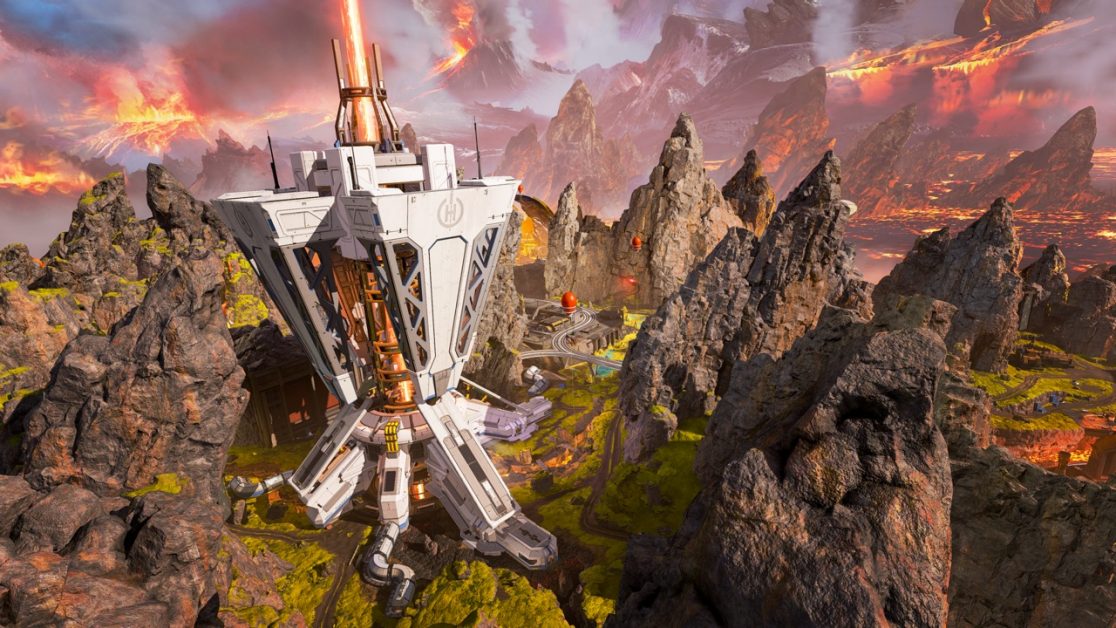 Teams will have four hours to get as many eliminations as they can in today’s Code Red Apex Legends tournament.

The overall prize pool for this event is $300,000, but $200,000 will be going to the International Federation of Red Cross and Red Crescent Societes (IFRC) in the top teams’ names.

The remaining $50,000 will be offered as prize money, split between the top-ten placers based on this breakdown:

Make sure to follow us @TitanfallBlog as we will be providing regular updates for today’s Code Red Apex Legends tournament.