Respawn Entertainment have released Octane’s Heirloom set in Apex Legends, which is available for players to unlock during the new System Override Collections Event.

As with previous Heirlooms, Octane’s set includes three items – a banner pose, kill quip, and a melee weapon skin, which is a green butterfly knife that players can twirl around their fingers as they zip across the map. 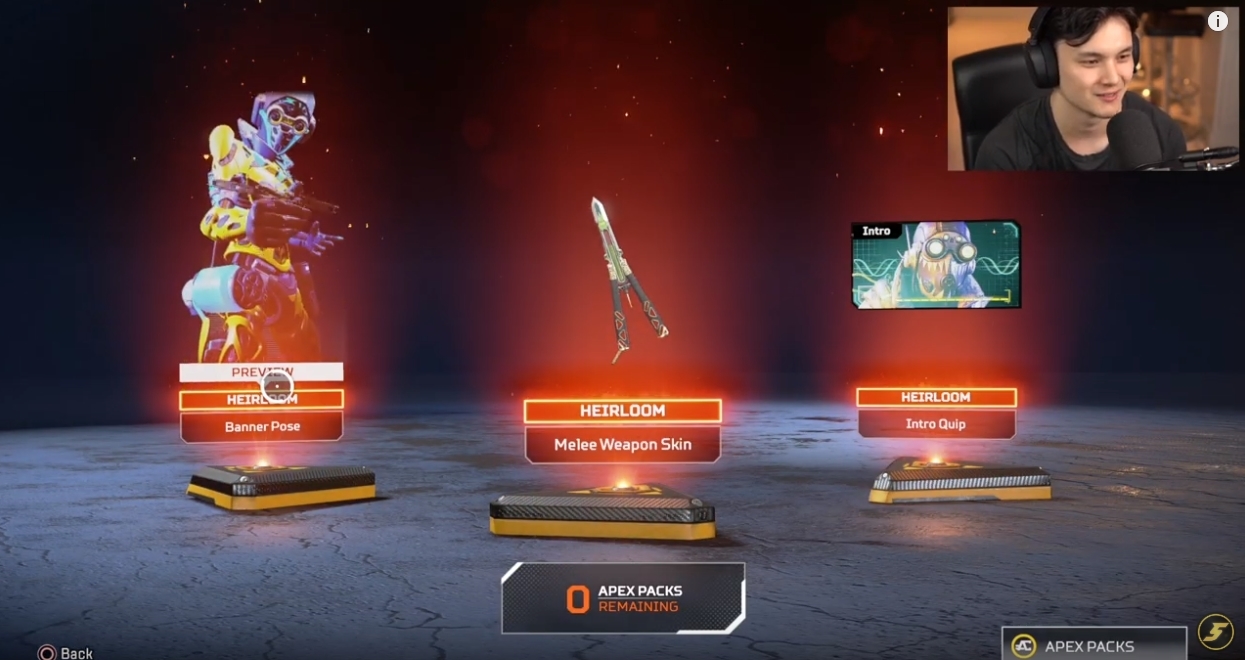 It’s now available for everyone to unlock, but in order to do so, you must first collect all 24 cosmetic items that were released exclusively for this event.

Once you’ve obtained all 24 items, you’ll be granted the Heirloom in your inventory. According to EA’s official System Override announcement, the set is technically “free,” because you don’t actually need to spend any money to get it once you’ve collected the necessary cosmetics.

“If you unlock all 24 System Override Collection Pack Items during the event, you’ll unlock the Octane Heirloom set for free,” their announcement reads.

If you want to get this set as quickly as possible, opening Event Apex Packs is the cheapest option. Since each Event Pack is guaranteed to contain at least one of the necessary cosmetics, opening 24 Packs will yield all 24 items needed to unlock the set.

With each Pack costing 700 Apex Coins, 24 Packs would set you back 16,800 Coins, which is approximately $160. Remember, each Pack also contains two non-event items, so you’ll be getting a bunch of other cosmetics in addition to the ones you need. 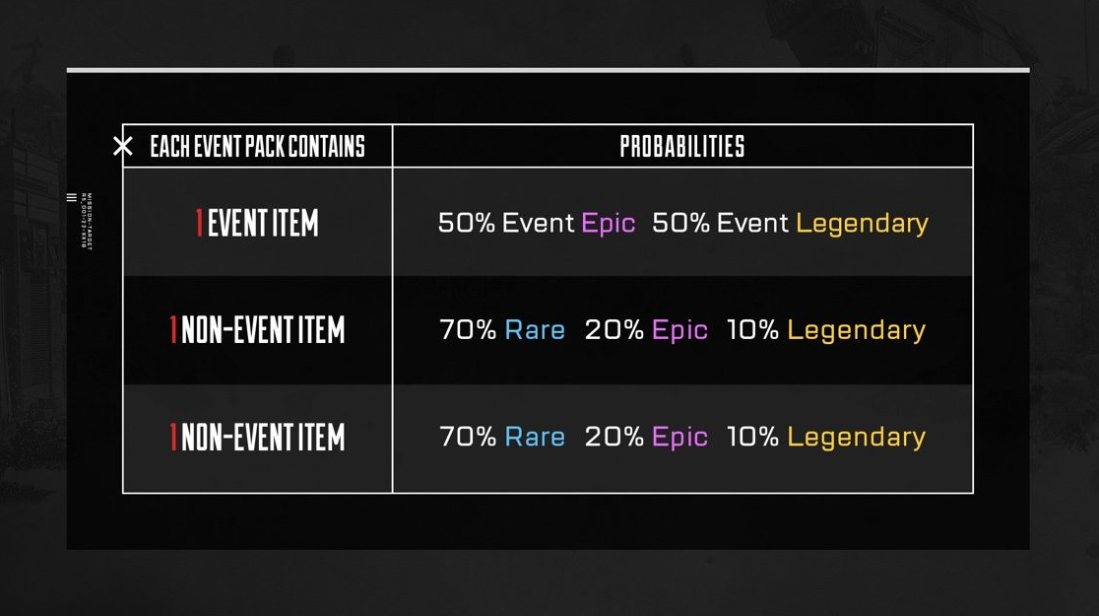 You can collect all 24 System Override cosmetic items via Apex Packs.

A faster, albeit more expensive way, is to directly obtain these items either by purchasing them with Apex Coins or Crafting Materials. Legendary items cost 1,800 Apex Coins each, while Epic items set you back 1,000.

This means that if you were to purchase all of the cosmetics directly, it would end up costing around 33,600 Coins, which is about $300. The other way is to use Crafting Materials; each Legendary requires 2,400 while Epics use up 800. Combined, crafting all 24 items would cost a 38,400, which is a considerable amount.

Going solely with direct purchasing is not a good idea, since it’ll cost you so much more than to just open Packs. The best approach is to use up any Crafting Materials you have lying around on items, and then acquire the rest with a combination of Packs and purchases – whatever ends up costing you less.

Each System Override cosmetic item can be obtained by either purchasing with Apex Coins, crafting with Crafting Materials, or opening Apex Packs.

Shards are part of a brand new system introduced with the System Override event, which essentially allows players to build their way up to the Heirloom of their choosing, instead of getting one in packs that they might not have wanted.

Once this event wraps up, the only way to get Octane’s set will be in Packs, which is where Shards come in. Just as with the prior system, it can take up to a maximum of 500 Packs to collect enough Shards to craft an Heirloom.

However, the difference is that once you’ve collected enough Shards, you can pick the set of your choosing, instead of having one forced upon you that you might not be interested in using.

The System Override Collection Event will wrap up on Tuesday, March 17, giving players two weeks from the starting date to try and unlock Octane’s Heirloom.