How to loot on lava in Apex Legends without taking damage

Apex Legends pros are constantly reinventing the simple things in the battle royale, and this time Team SoloMid’s Mac ‘Albralelie’ Kenzie Beckwith showed how to get loot over lava without suffering much damage.

At the turn of Season 3, Respawn took players away from Kings Canyon to the frozen tundra of World’s Edge; featuring towering skyscrapers, a moving train, and areas filled with lava for players to be wary of.

The changes demanded players to adapt to the new terrain along with the dangers it presented, and it’s safe to say that the Apex Legends Preseason Invitational champ has been getting along just fine.

Lava in Apex Legends presented another hazard for players to look out for, and some like Albralelie have made a home out of Season 3’s map.

Showing his prowess on World’s Edge, Albralelie was absolutely shredding teams single-handedly as the game was winding down.

That’s when a crucial Deathbox dropped over the edge of a nearby cliff, plummeting down to the fiery depths below.

Normally that’s when most players would abandon the lost loot, but playing as Pathfinder, the TSM pro had other things in mind.

To collect the stash, the player took the nosedive down to the molten rock below knowing he would start to take chunks of damage as soon as he landed.

Keeping his composure, instead of running up to the box to take more incremental damage, the player finessed his way on top of the Deathbox by lining up a pixel-perfect Grappling Hook to safely land on the objective.

From there it was a simple matter of staying on top of the crate, making sure to keep himself on the box without falling over that would make him sustain more damage. 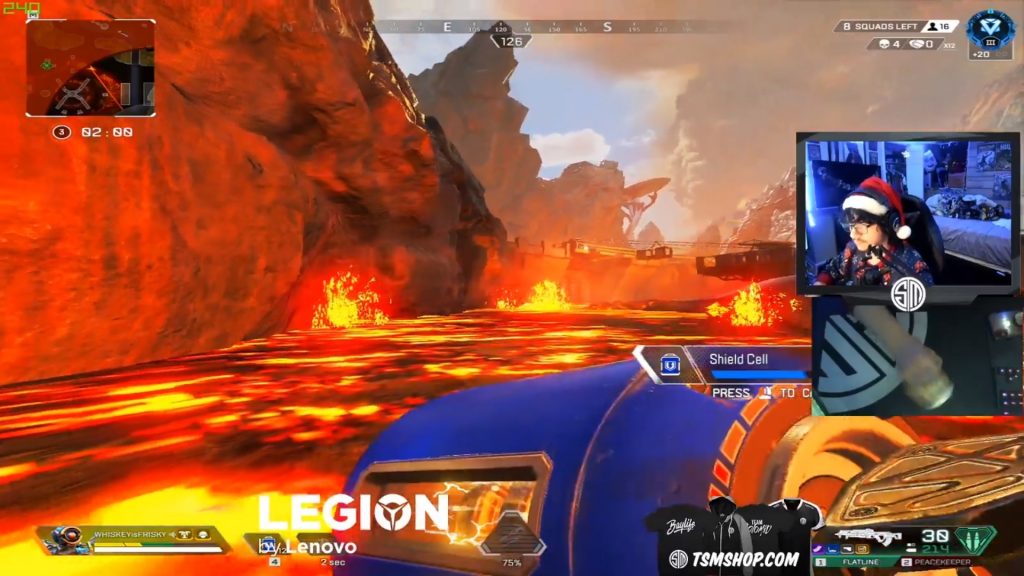 Even while stranded in the middle of a fiery river, Albralelie kept a cool head to collect a Deathbox’s loot.

Adding another tier of precision to the trick, Albralelie kept strafing left and right; a habit battle royale players have developed in case an opponent is keeping tabs on them while looting.

After he restocked his equipment, he once again used Pathfinder’s Tactical Ability to make a safe retreat onto solid land.

This is just another great example of using characters in the game to their fullest potential, similar to how Team Liquid’s Lucas ‘Mendokusaii’ Håkansson found how to “jump boost” less mobile Legends to reach higher peaks.

Looting on lava is just another maneuver Apex Legends players can add to their arsenal for finding the small advantages over their competition.