How to connect Razer Chroma to Apex Legends

Respawn Entertainment has released the long-awaited Season 1 update for Apex Legends which brought with it an insane amount of support for the Razer Chroma line.

Razer is known for their cutting edge PC peripherals ranging from keyboards to mice, but even more so for their Chroma products that look awesome while adding another layer of immersion to titles.

Now because of the latest update to Apex Legends players can sync up their peripherals to the battle royale enabling incredible effects depending on what’s happening in the game ranging from taking damage to the progress of an item when healing.

To do this, players will have to update their game to the latest patch. If the products don’t immediately sync to the device, players can go into the Synapse app and manually enable/disable in the ‘Connect’ tab.

Upon doing so players should be greeted with impressive RGB displays when loading up a match of Apex Legends. 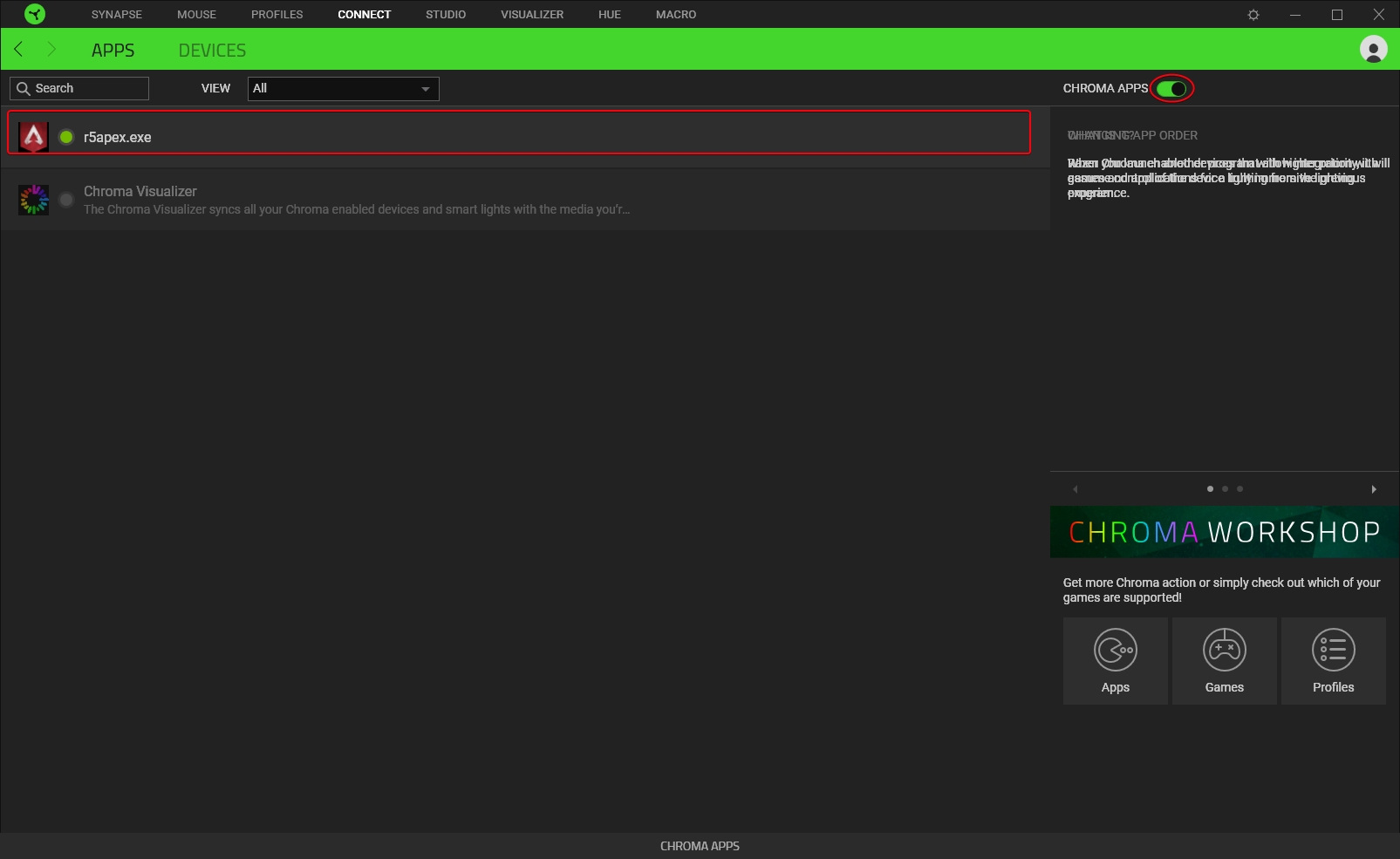 Just being inside the character select screen gives off dazzling displays tailored to every character, including recent addition to the lineup Octane.

When making the jump down to King’s Canyon, there will be a rippling effect across the keyboard that should mirror a player’s smoke trail.

While actually looting, every pickup will send a signal to the Chroma products with a corresponding effect. The colors of the effects changes based on the type of loot that’s being acquired.

Respawn’s battle royale released with detailed graphics as well as crisp sounds, and the integration of Chroma support will only increase the engrossing atmosphere in Apex Legends.