Although this may sound like a far-fetched theory, there is some evidence stacking up that some form of giant spiders could be making their way to Kings Canyon in Apex Legends – with the latest hint from Respawn Entertainment themselves.

The launch of Season 2: Battle Charge added the first wildlife to Kings Canyon, with the pesky ‘flyers’ and large leviathans taking over.

However, if various leaks and hints are to be believed, the animal kingdom in the popular battle royale could be about to expand. Here’s all the evidence we have so far to suggest some spider-like monsters are coming to Apex Legends. 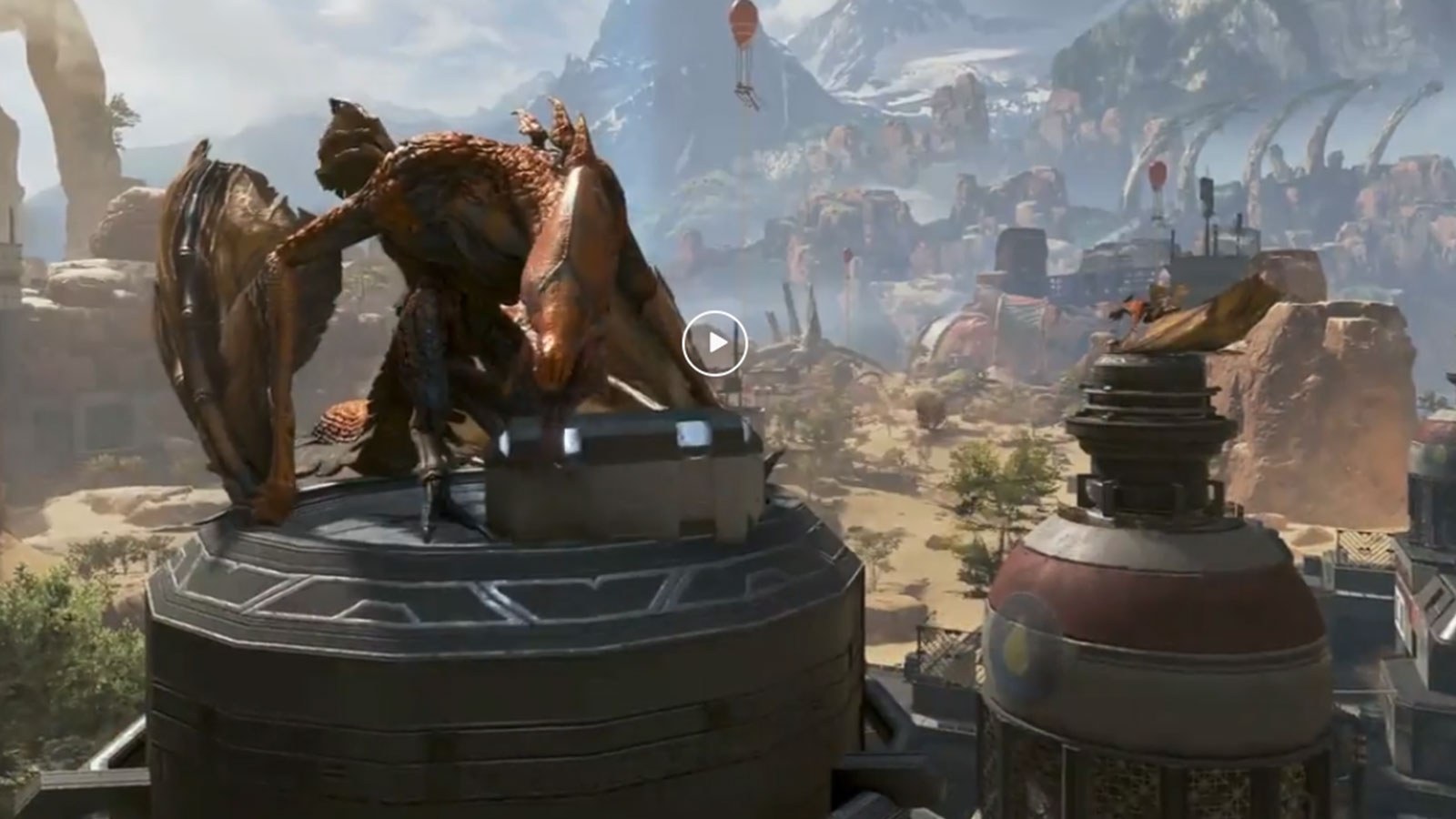 Flyers were added in Season 2 – will poisonous spiders be in Season 3?
[ad name=”article2″]

The first hint that some form of arachnid could be added to Apex Legends came from data miner @That1MiningGuy, who uncovered some sound files that sound very much like spiders.

The file is also named ‘AB_MIST_SPIDERS’, so it’s clearly no coincidence.

On July 17, Respawn released new lore for one of the legends, Caustic this time, and fans have noticed that there are even more clues pointing to some large, eight-legged creatures.

It turns out that Caustic’s lethal gas is actually made from the poison from ‘Scarabaeidae Arachnia’ – “a large forest-dwelling spider.“

Still not convinced? Well next we might even have an indication of when these spiders might attack. Apex Legends’ current season is set to end around the start of October – perfect timing for a Halloween theme in Season 3.

In fact, leaked cosmetics also heavily suggest that a spooky, insect and flesh themed style will be coming to Apex at some point, and a Halloween event of some kind would seem most suitable.

These three textures were found by data miners, and are set to be used on various upcoming skins:

These three cosmetic patterns are set to be used for Apex Legends skins at some point in the future.
[ad name=”article5″]

In fact, data miner @That1MiningGuy also found a promotional image which has not yet been shown in-game, depicting both Wraith and Caustic wearing this new design on a skin.

No, we don’t mean the five-round burst SMG – prowlers were a nasty kind of monster from Titanfall 2, and leaked files suggest they could be making a comeback in Apex Legends too.

Prowlers aren’t quite spiders, as they are only quadrupeds, but their addition would make spiders all the more likely. As well as the sound files for the prowlers, an image of their ‘nest’ was also data-mined.

Now that the new Legion is out… found this in the MU1 Canyonlands File (current map) It's a prowler nest… pic.twitter.com/ToucYiB5gD

For now, this is most of the evidence we have to support the theory that spiders – and possibly some other monstrous creatures – are coming to Kings Canyon.

However, it might be some time before we actually see them in game, most likely not until Season 3, when a new Halloween theme or event is expected.