Apex Legends pro Coby ‘dizzy’ Meadows hilariously made an example of a player who abandoned their squad mate in the heat of a battle.

Apex Legends tasks a team of three to survive in a lobby of 60 players in order to be the last ones standing. When dizzy saw a player retreat without their team, the 18-year-old pro took exception to the desertion.

Dizzy and his team were up against the final squad in an Apex match. After clearing out two of the three members on the last team, dizzy pieced together what had happened to the third. 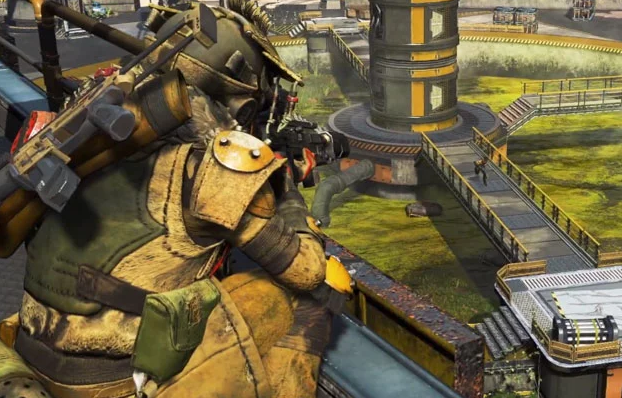 Dizzy’s hunt for the runner was both hilariously and expertly executed.

“Like you ditch your teammate and runaway and die. Why,” dizzy surmised.

When the search for the last opponent ended in Skull Town, the NRG pro was baffled at the player’s decision to run. His confusion turned into a blistering critique and subsequent punishment for the deserter.

“I would never let my teammate down, I’d be by his side. Honestly, I feel like just punching this guy to death. Honest, I am. Cause of what he did. I don’t care if he has purple armor. That’s what you get for leaving your teammate,” dizzy said.

Dizzy was saying all this as he nonchalantly ducked and evaded the opponent’s weapon fire. Even as he took two point blank shots, dizzy was adamant in melee killing his enemy.

After seven blows, dizzy eliminated the deserter and secured the win for his squad. It seems like dizzy was a little proud of himself saying: “that’s what he gets, you don’t leave your team behind.”