Caustic’s Nox Gas Traps are leaving players stunned as a puzzling new bug is causing them to act independently in Apex Legends.

Caustic drops into Respawn’s battle royale with a kit based entirely around poisoning enemies with noxious gas and dealing damage over time.

However, he seems to be dropping into King’s Canyon with a new power in play as well — a bizarre glitch seems to be making Caustic’s Gas Traps come alive for some players, and it’s certainly leaving Apex fans scratching their heads. 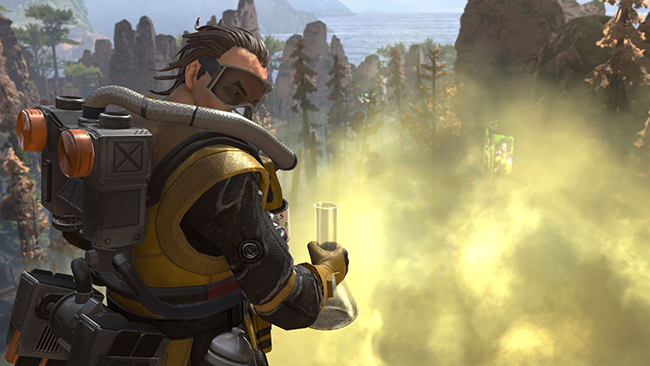 With only 11 squads left in the match, Reddit user ‘itsskitz’ and their squad were closing in on a winning effort during a March 20 broadcast.

Dropping a Gas Trap on a nearby doorstep, the streamer was completely stunned as the deployable object instantly changed location.

“What the f***,” he yelled after gasping in disbelief. Staring at the trap as it relocated across the street, the player couldn’t believe what they were seeing.

What kind of sorcery is this? from apexlegends

“I’ve gotta get off. I’m done for the night” he joked before taking his headset off and walking away from his streaming setup.

For seemingly no reason, the trap magically slid away from its initial placement. First gliding towards the Caustic-main before speeding off in another direction without explanation.

There’s no telling exactly how the issue came to be, there’s a good chance it could come down to awkward interactions between the geometry of the map and the trap.

Caustic might not be able to take enemies out with his poisonous traps if they keep running off.

With no official comment from the developers at Respawn Entertainment, it may be a while before a fix is implemented to keep Caustic’s abilities in line.

Not the first questionable bug that came to light thanks to Caustic players recently, a March 10 bug showed how the Gas Traps can hilariously send other players flying across the map.