Although a battle royale game, there’s a lot to Apex Legends that makes it go beyond just the traditional “last one standing” gameplay format.

With there being so many unique features and mechanics, there’s a lot that players have to learn about Apex Legends before they can start confidently dominating matches.

To help you get through this beginner phase as fast as possible, we’ve put together a list of some of the core and essential features of the game that you should familiarize yourself with.

Learn to use the Ping system

One of the most important features in Apex Legends is the Ping system, which allows players to pinpoint things on the map for their teammates to see.

Things that can be Pinged includes: weapons, gear, ammo, equipment, enemy players, structures, and virtually any point on the map. 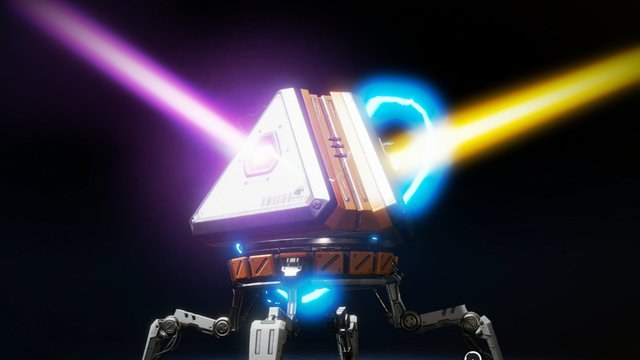 The color scheme used in Apex Legends can be a powerful tool once you get familiar with it. The colors represent item rarity with gray being the least rare, then blue, then purple, and finally gold being the rarest.

Loot dropped by eliminated players will glow the color of the rarest item that it’s in the stash, making it easier for you to decide which stash to loot first.

Colors also play a role in combat, as the color of the damage numbers that pop up when you shoot at enemy players signifies what rarity body armor they’re wearing. 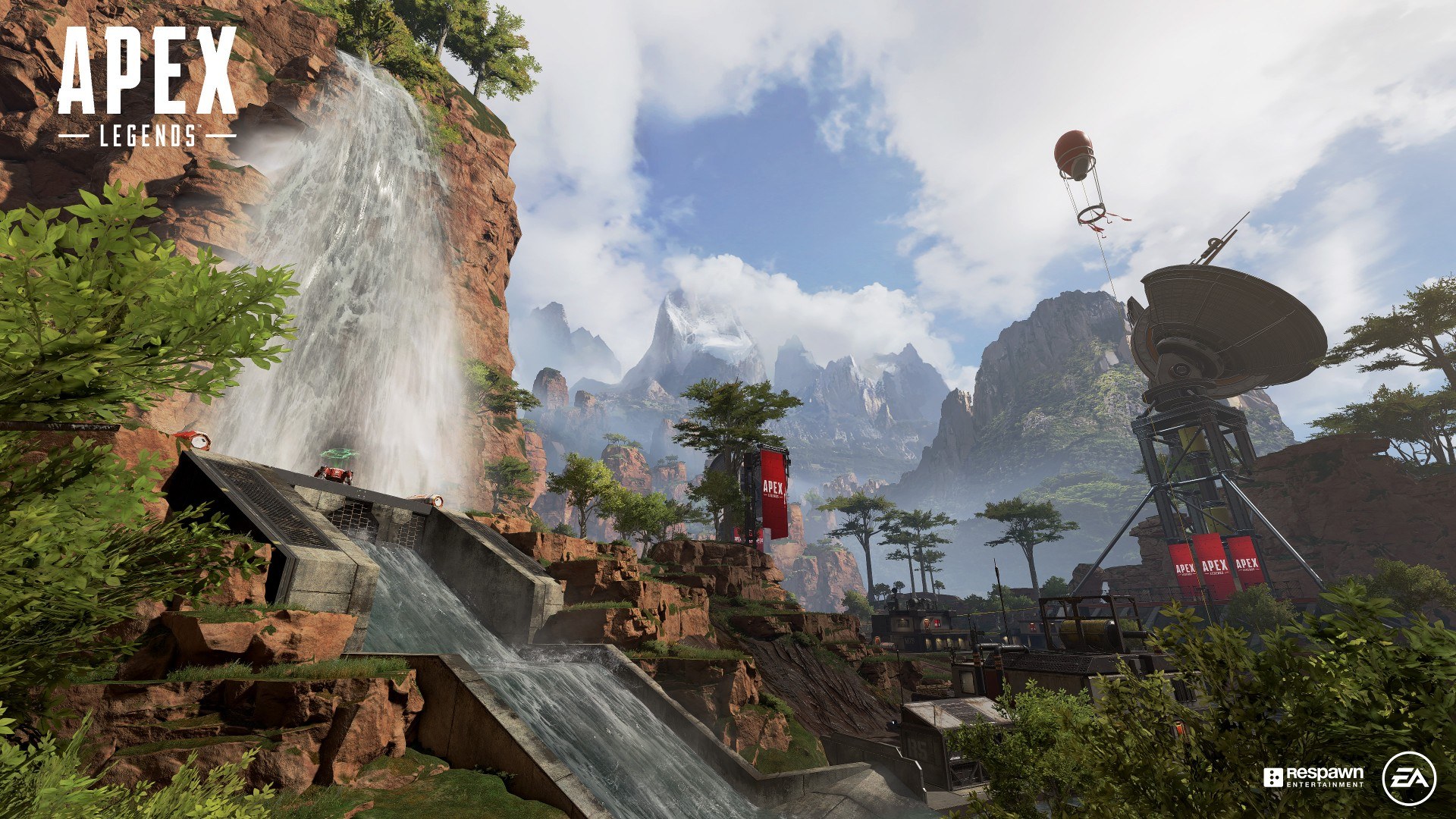 Movement is arguable the most advanced aspect of Apex Legends as there are so many ways to move around the map, both short and long distance.

For short distance travel, always holster your weapon to run faster, and sliding downhill will always be faster than running. Also keep in mind that there is no fall damage in this game, so feel free to jump down from great heights.

As for long distance travel, jump towers and ziplines will allow you to cover a lot of ground in a very short amount of time, so it’s sometimes worth going out of your way if there’s one nearby.

Revive teammates… and yourself

Reviving is hardly a new concept in battle royale, but Apex Legends takes it to a whole new level. Players who get fully eliminated now will no longer be forced to watch the rest of the way as their surviving teammates can pick up their Banner and take it to a nearby respawn station.

This will allow the eliminated player to spawn back into the map and continue playing with the rest of the team.

There’s even a way for you to revive yourself if your teammates can’t save you; having a gold rarity Knockdown Shield will not only protect you from enemies trying to finish you, but you can start reviving yourself in the process (shown above). 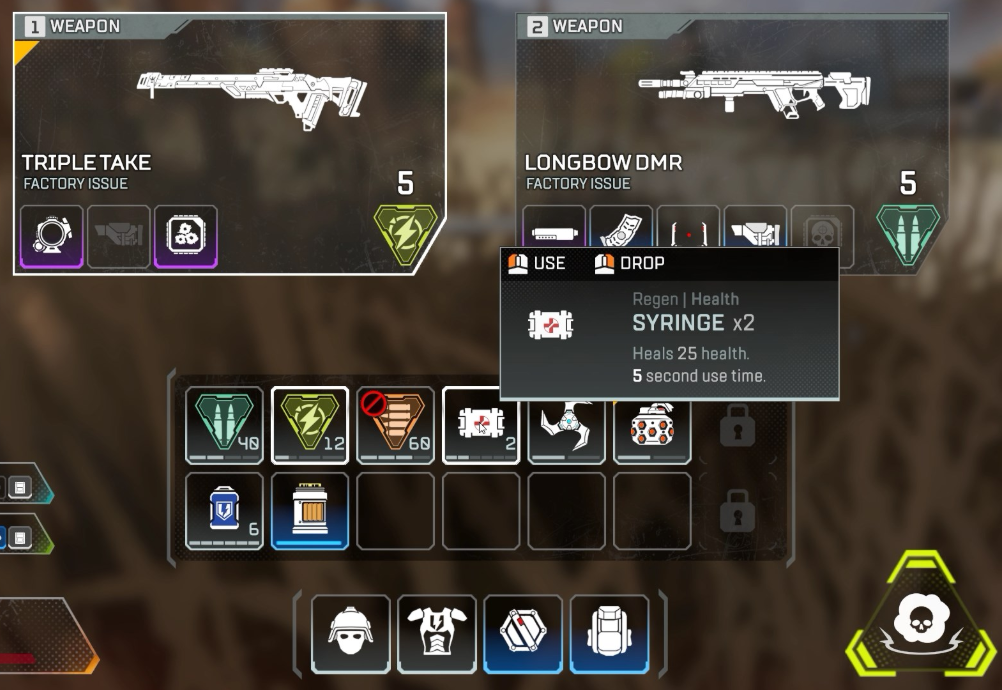 Keeping a tidy inventory is fundamental to proper gameplay as it’s always good to collect and keep what you need while getting rid of things that you don’t.

Always get rid of unnecessary loot, such as ammo and attachments for weapons you don’t have, weaker versions of gear you already have, or too much of something that you won’t need.

Keep in mind that there are also different rarity backpacks in this game, so having a higher level backpack will open up more slots in the inventory. 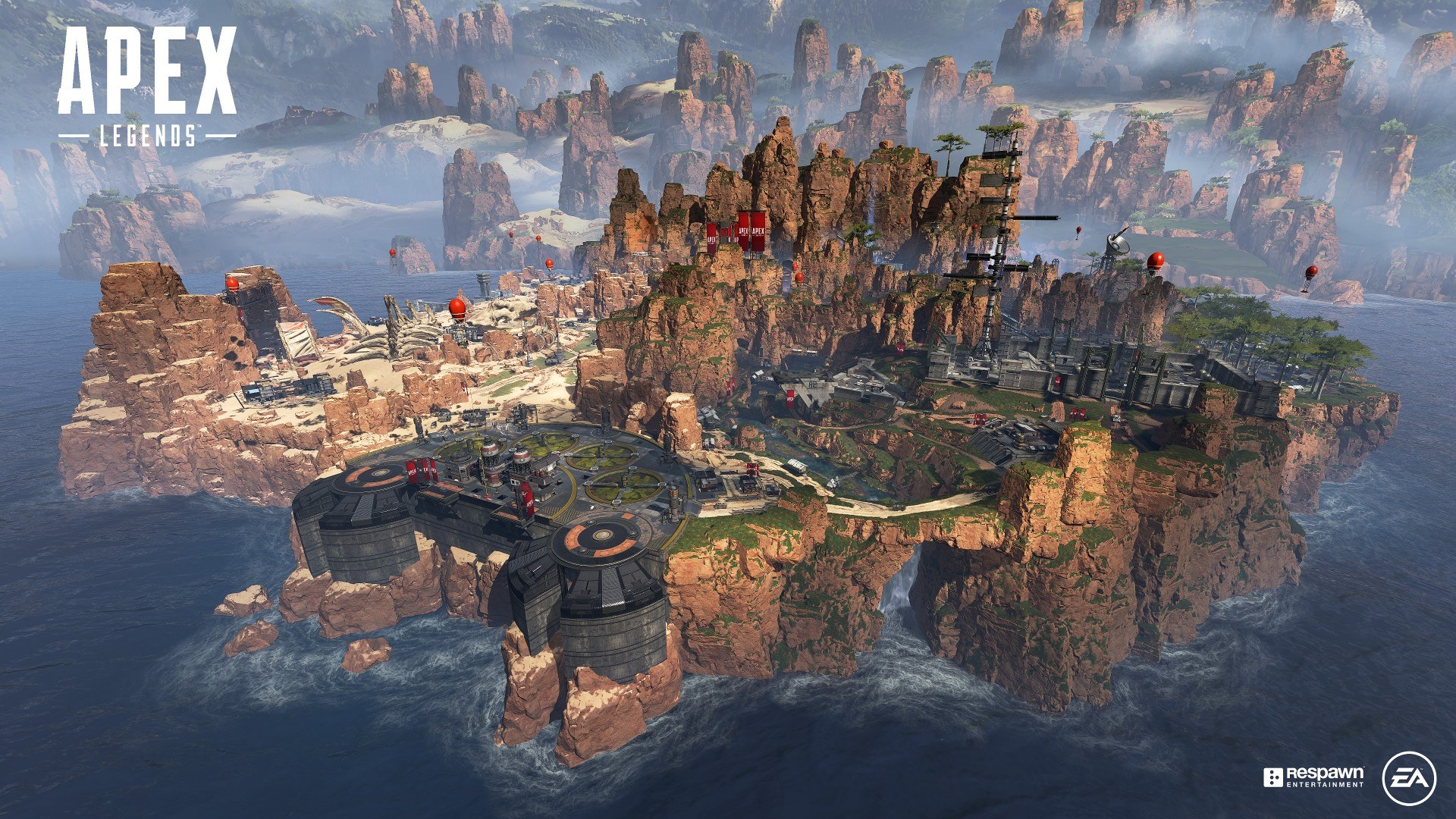