Twitch Rivals returns to Apex Legends with a tournament full of everyone’s favorite players and content creators battling it out. Find out how to watch the event below.

Twitch Rivals is a fan-favorite series of events where content creators and pro players of a game compete against each other on Twitch.

The series itself has been going on for years in dozens of different games, and it’s finally time for another Apex Legends Twitch Rivals event. Here’s how you can catch all the action.

Apex Legends is one of the most popular battle royale games out there.

One of the best things about the Twitch Rivals event is that almost all of the participants will be streaming, meaning you can tune in to any competitor’s channel to see their point of view.

There will also be a main Twitch Rivals stream, which will show off the best bits of the event along with commentary and exciting content in-between games.

The Apex Twitch Rivals event will be played in teams of three, with each team playing between five to seven matches.

Each team will be rewarded points depending on their placement and the team with the highest points will win. The total number of matches won, total number of eliminations, and average placement will be used as a tiebreaker if needed.

The full schedule for the event is unclear, as it all depends on how fast the games go. Although, it is confirmed it will be fully played out on Feb 21, kicking off at 9 am PST (12 pm EST/5 pm GMT) for Europe, Middle East, and Africa event, followed by the American tournament at 1 pm PST (4 pm EST/9 pm GMT). 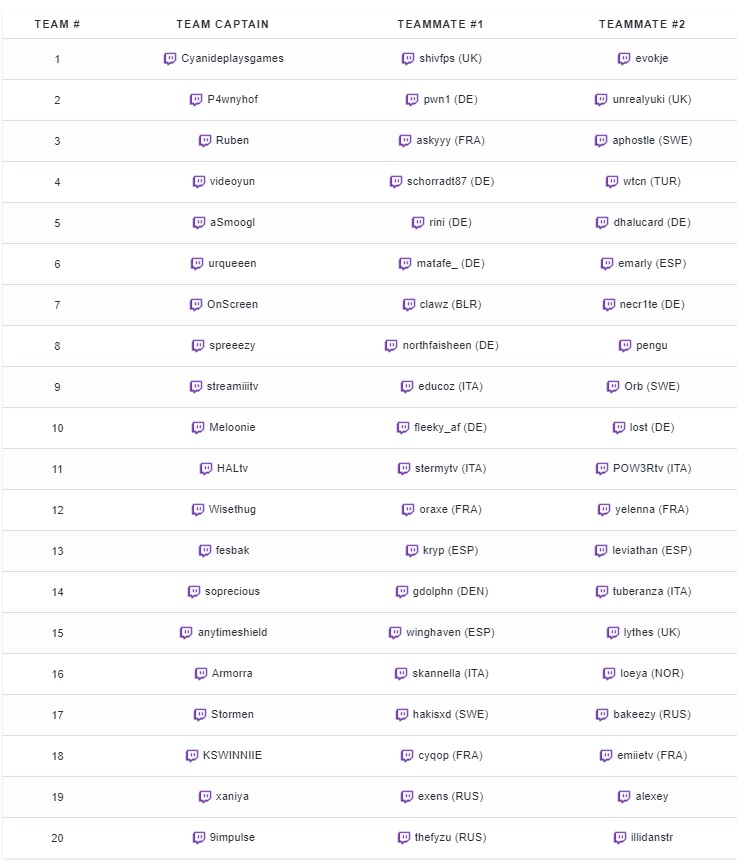 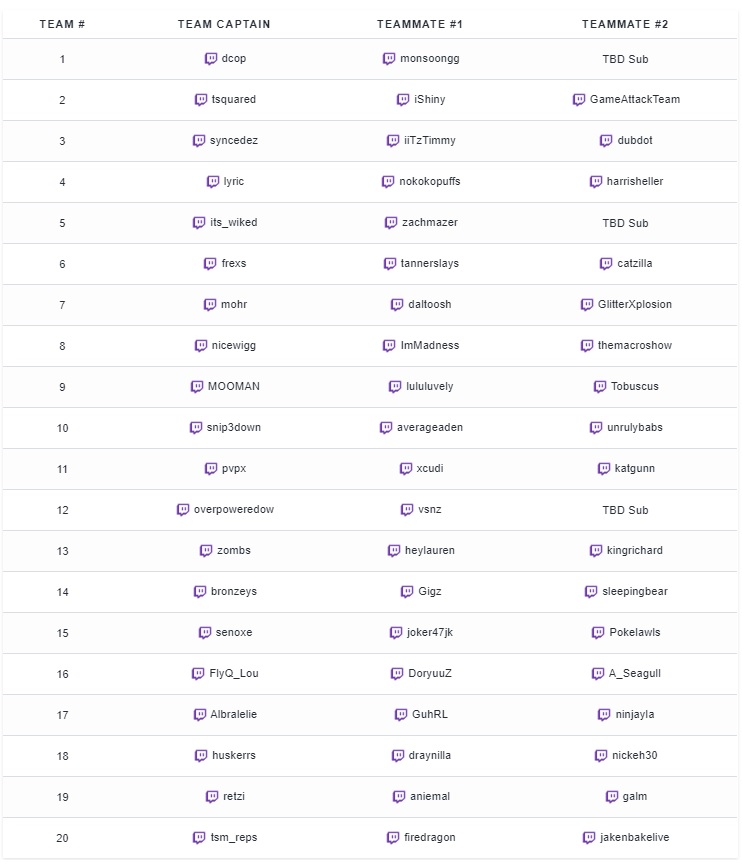 The event features a $50,000 prize pool, split fairly evenly between all participants.