The second and final day of the $200,000 Apex Legends Challenge has come to a close on February 19 for both the European and North American regions.

On the North American side of things, the team named Scott’s Tots and consisting of former Overwatch pro player Lucas “Mendokusaii” Håkansson, along with popular streamers ‘overpoweredow’ and ‘nmplol’ was able to take first place.

They managed to top the team featuring Team SoloMid’s Daequan, one of the biggest names in the Fortnite pro scene, former Overwatch player AimbotCalvin, and streamer Payne, whose team was among the favorites to win this tournament.

For those who are not aware of how the Twitch Rivals x Apex Legends Challenge worked, each region’s tournament featured 10 teams of three players loading into public matches and trying to get as many points possible over two two-hour sessions.

Teams were awarded points based on their placements in individual matches and the combined total of all of the eliminations each player managed to get.

The top three was rounded off by a team featuring League of Legends icon Imaqtpie, who was playing alongside LoL pro players ‘Dyrus’ and ‘Shiptur,’ as the trio managed 356 points to earn $5,900. 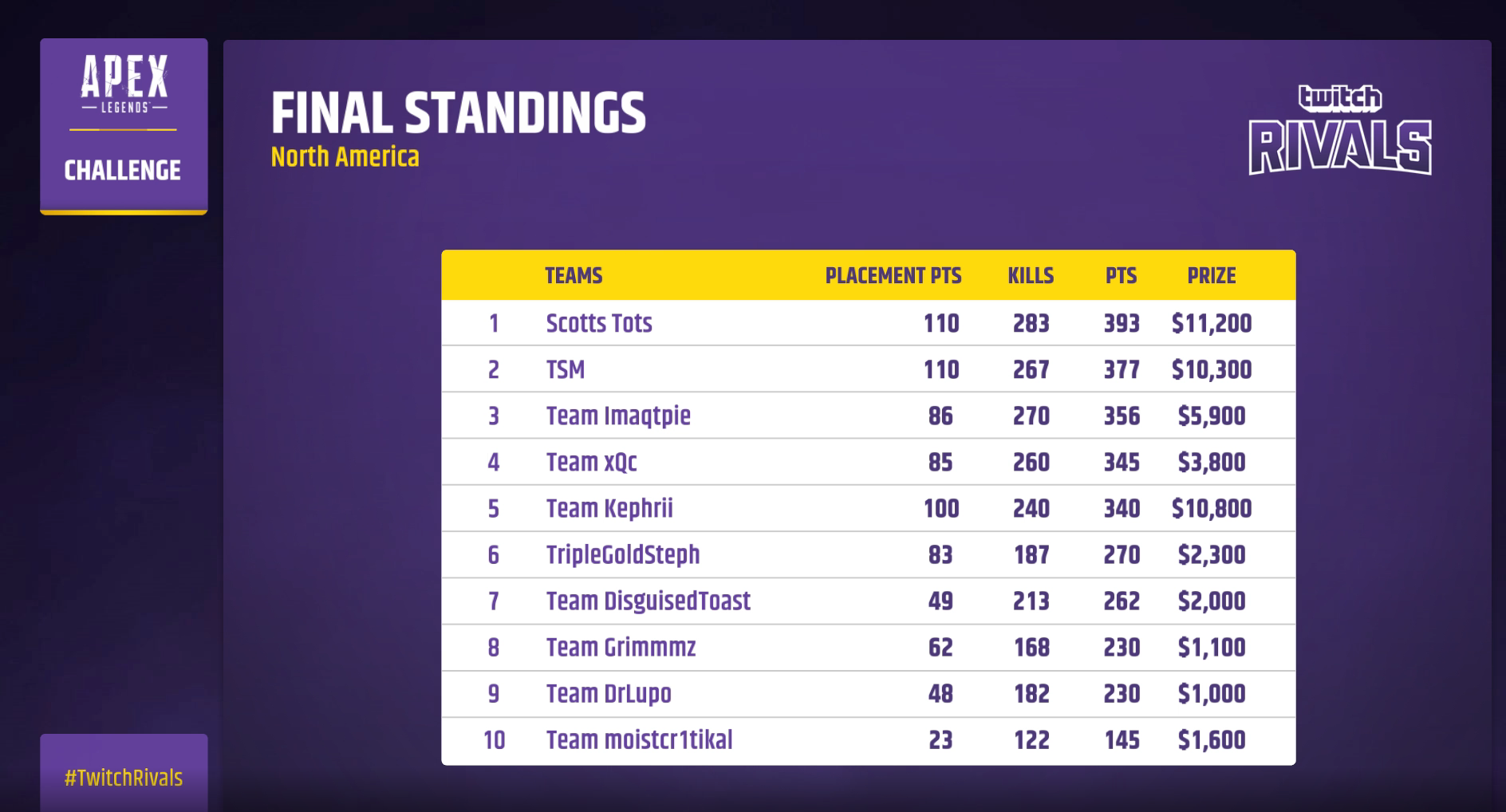 It’s worth noting that Scott’s Tots made a comeback in the second half of the tournament, as they were behind both TSM and Team Imaqtpie at the halftime break.

There were also certain bonuses awarded to teams for meeting certain objectives, one of which was a $3,000 bonus to the first team who summoned Nessie and got a match victory.

This bonus was claimed by Team Kephrii, and it was Kephrii himself who got the final elimination to seal the bonus.

As for the EU tournament, first place was taken by Team Solary, whose 387 total points earned them $12,300. Coming in second place was Wtcn, who also got $12,300 points due to earning their own bonus during the event.

Here are the final standings for the EU side of the Apex Legends Challenge, including each team’s points and the full prize breakdown. 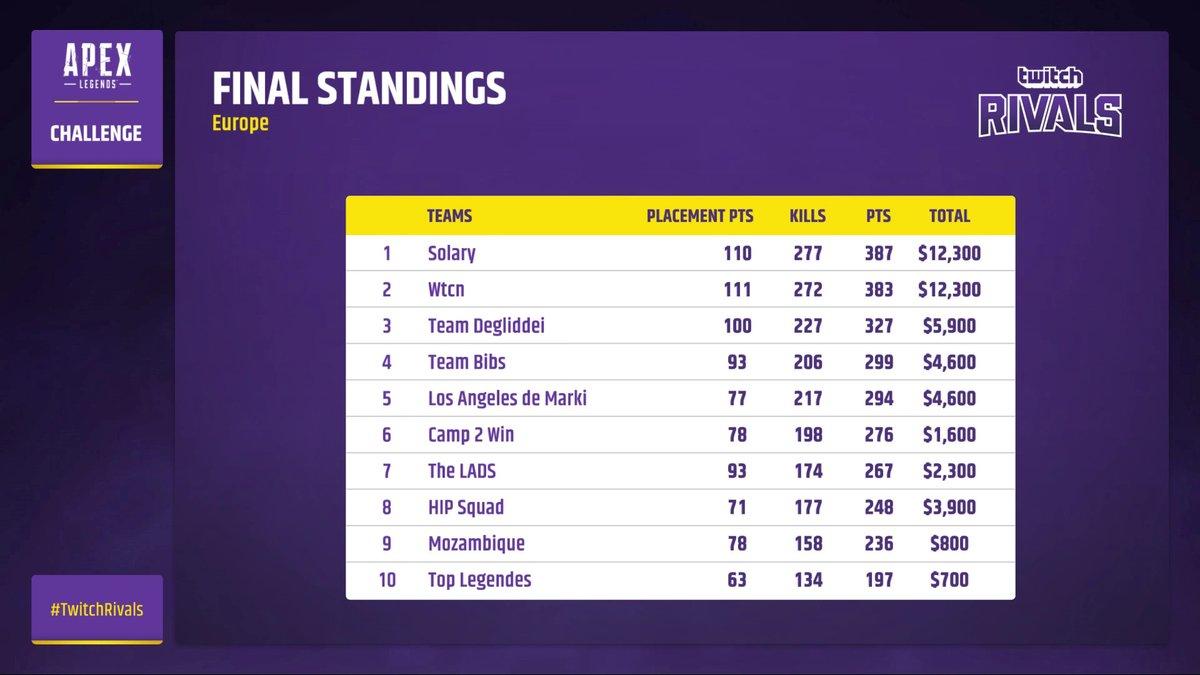 About the Apex Legends Challenge

The Apex Legends Challenge was organized by Twitch Rivals and developers Respawn Entertainment. The tournament featured a $200,000 total prize pool split into four tournaments, two for EU and two for NA.

The first set of tournaments were played on February 12 and you can check out how things unfolded and the final standings by viewing our first Apex Legends Challenge recap.

As for team rosters and other details about the event, make sure to check out our Twitch Rivals x Apex Legends Challenge hub.

What do you think about the way the Apex Legends Challenge was run? Do you enjoy this format, or would you make more changes to it? Tweet us @Dexerto to share your thoughts!