A former Overwatch League professional player has engraved his name into Apex Legends history after breaking the world record for most solo eliminations in a single match.

Lucas ‘Mendokusaii’ Håkansson, who played Overwatch professionally for the Houston Outlaws before becoming a content creator, managed to get a whopping 36 eliminations by himself, which is a remarkable 63% of the lobby when discounting the three players in his squad.

This was good enough to set a new benchmark for most eliminations, surpassing the 34 kills that Twitch streamer MrSimple had gotten just two days earlier on February 17.

The Swedish born Mendokusaii tweeted out an image of his in-game statistics after achieving the incredible feat, which showed that he had done an impressive 5,460 points in total damage with a match victory to boot. 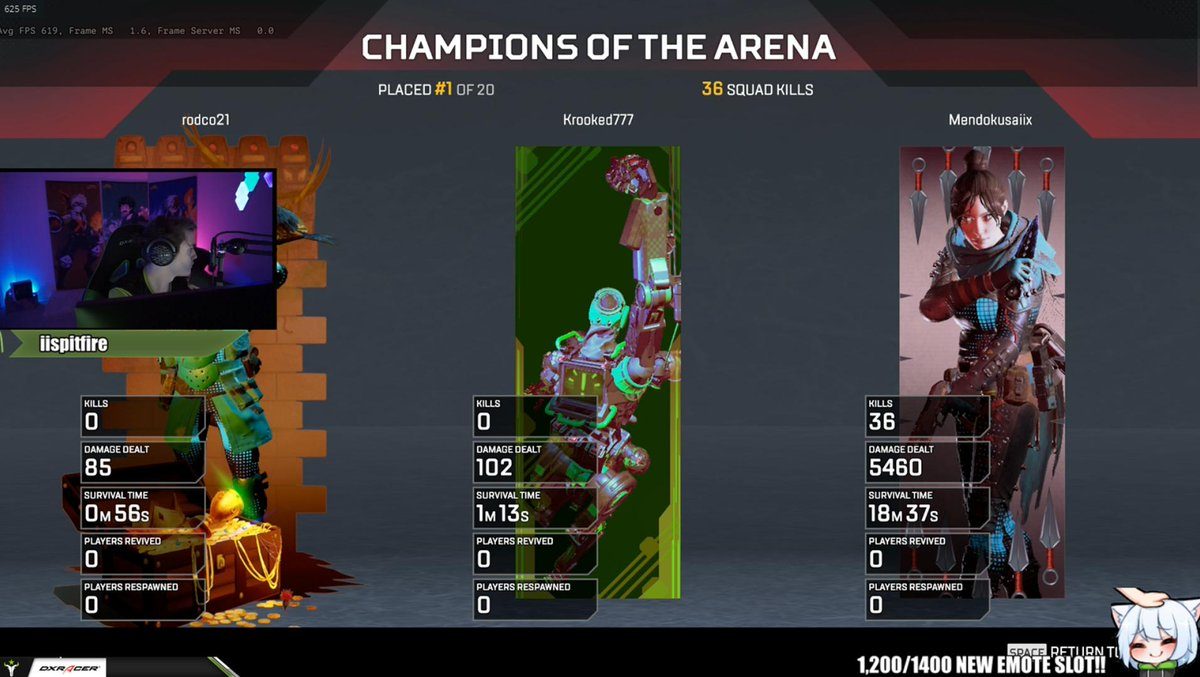 Mendokusaii also made it clear that he completed his record-breaking performance all by himself and did not get assistance from his other two teammates.

“To clarify, I did this 100% solo and had NO assistance from teammates to give me kills or help me in any way,” he tweeted. “As you can see, they had less than 200 damage in total.”

The image certainly does prove that the record is wholesome, especially since the two other players in the squad had no kills, did barely any damage, and did not even last past two minutes.

To clarify – I did this 100% solo and had NO assistance from teammates to give me kills or help me in any way, as you can see they had less than 200 damage in total

The former OWL pro also recorded the match in which he set the new eliminations world record, and you can check the full gameplay video down below.

Do you think anyone will break Mendokusaii’s record anytime soon? Tweet us @Dexerto to let us know what you think!